Yesterday Clive Saunders, a local birder, was pleased to find a Water Pipit near where he lives, on the beach. That was until he posted it on Twitter and comments said the bird was actually a Buff-bellied Pipit! You'll get a Water Pipit there one day Clive!

Unfortunately work Zoom meetings prevented me from leaving the back bedroom cell yesterday, but when the bird was relocated this morning I put my plan into action. It wasn't much of a plan really, clock off, drive 12 miles, see bird, drive back and clock on. Give or take, that just about sums it up. It was a bit like one of the Lord of the Rings trilogy except I wan't attacked on route and it went much more smoothly.

On the beach opposite Links Avenue, Amble a small crowd of independent visitors all happened to be exercising in one place whilst keeping a mostly socially acceptable distance apart. It just so happened that the Buff bellied Pipit was also present.

A first for Northumberland, it was not even on my radar, though with records on the rise, maybe it should have been. It was quite a subtly distinctive bird, being easily picked out from the neighbouring petrosus and littoralis Rock Pipits and one or two Meadow Pipits along the strand line. As with all pipits it was giving those to who field craft is an unknown entity, the run around. I was pleased with my scope views in nice sunshine and even managed a few record shots... 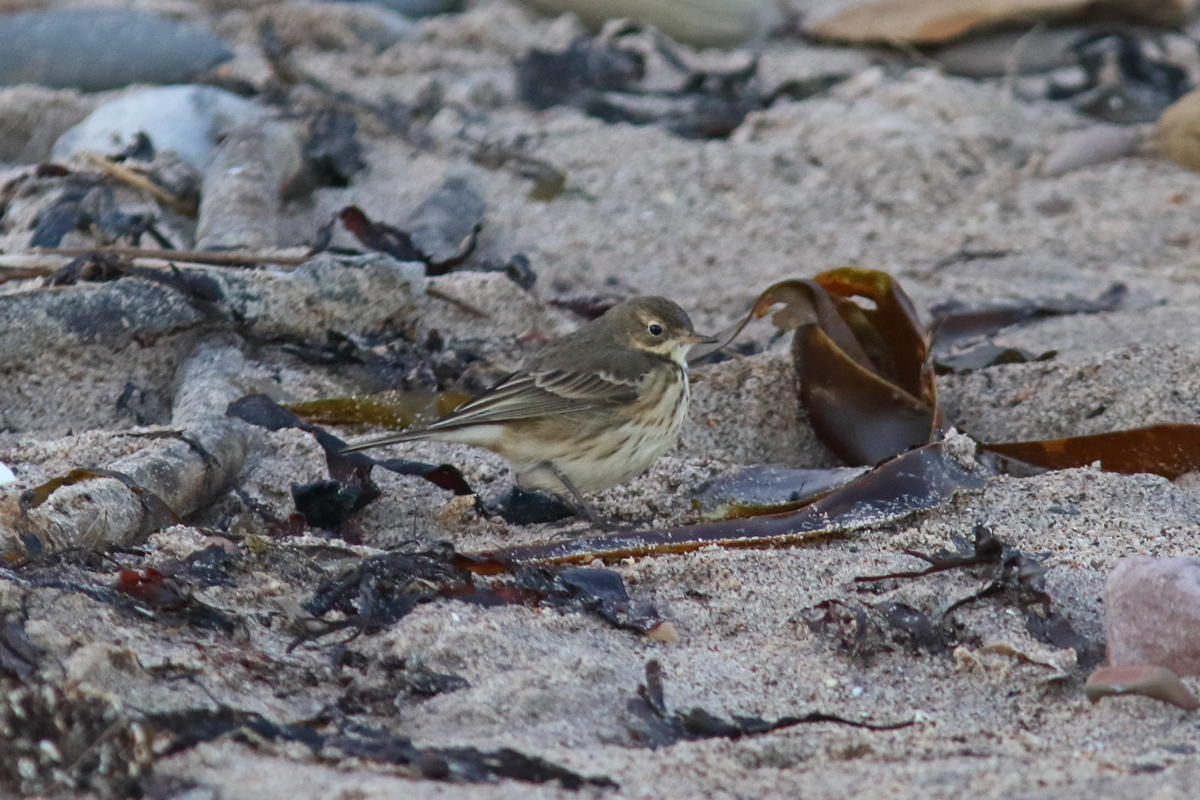 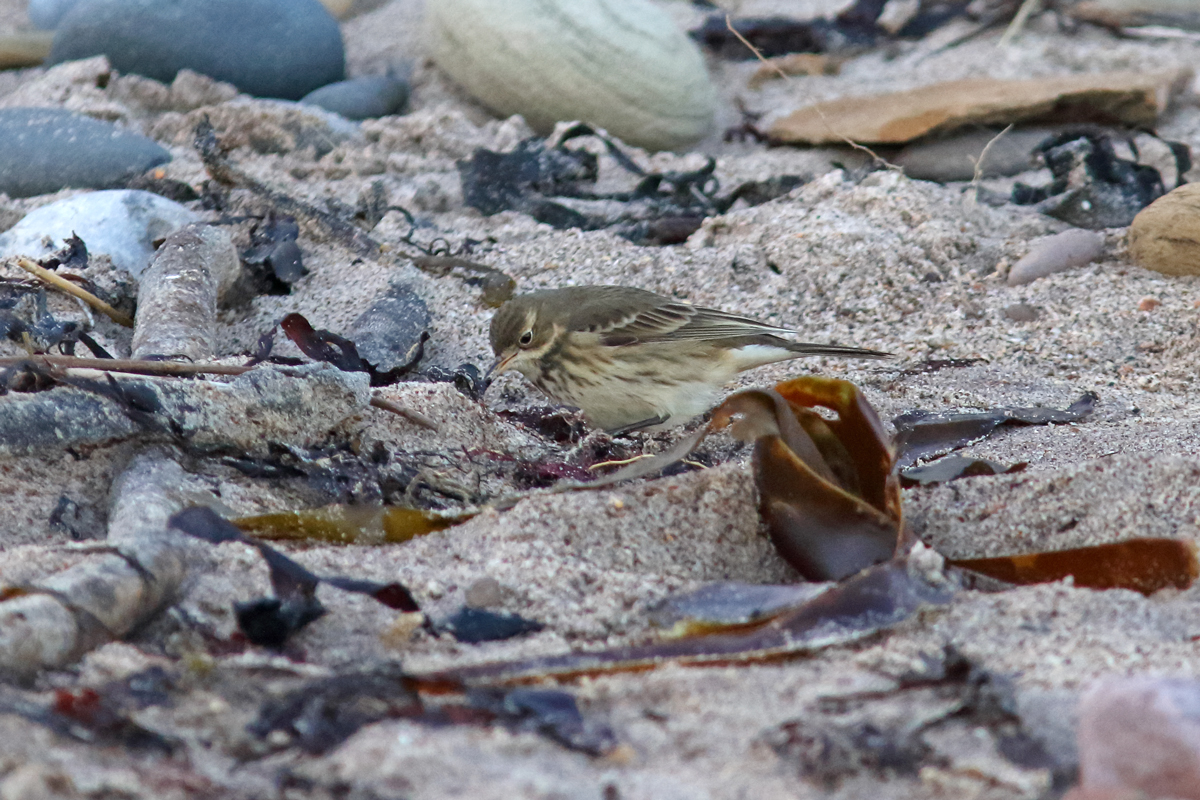 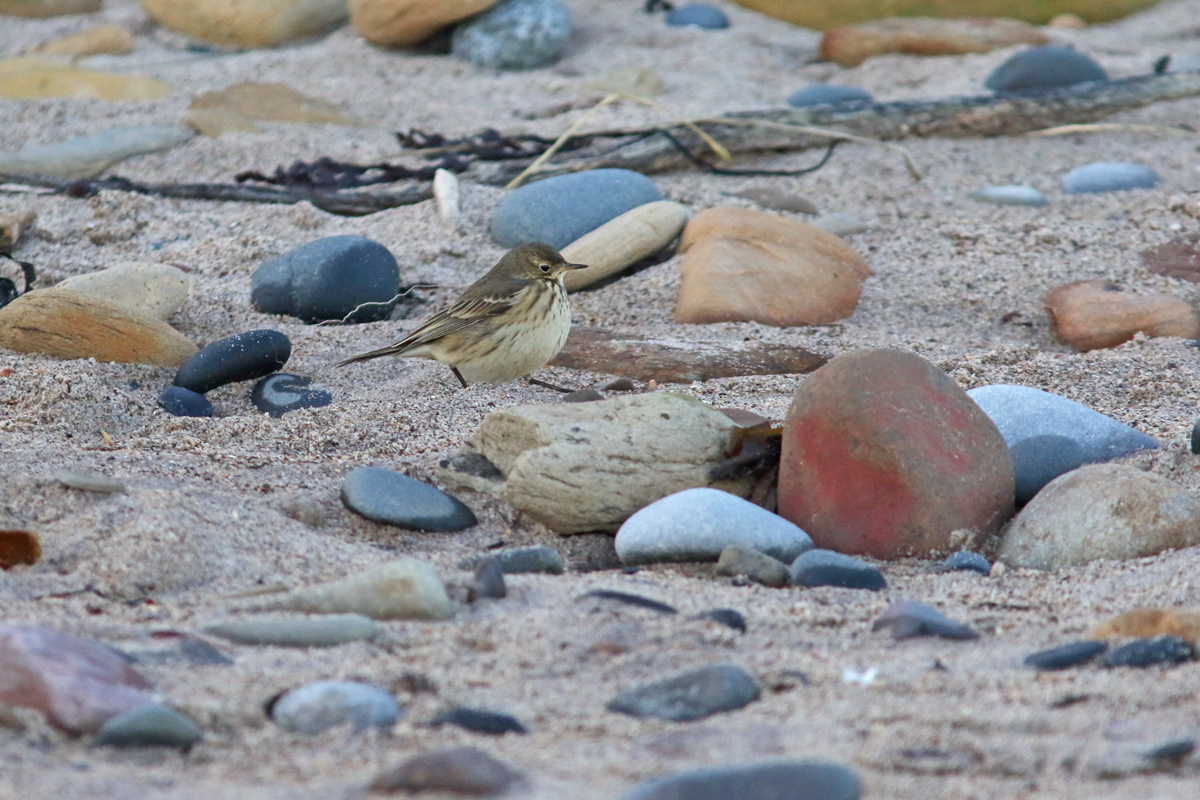 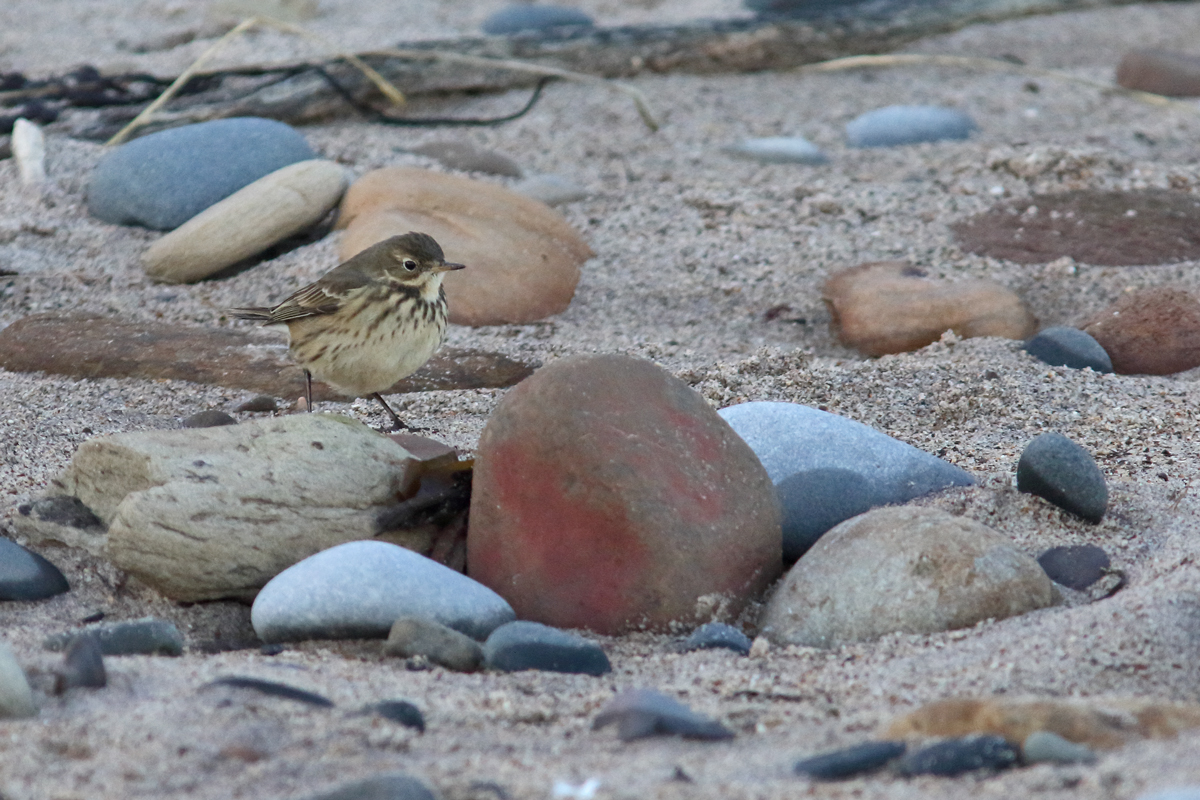 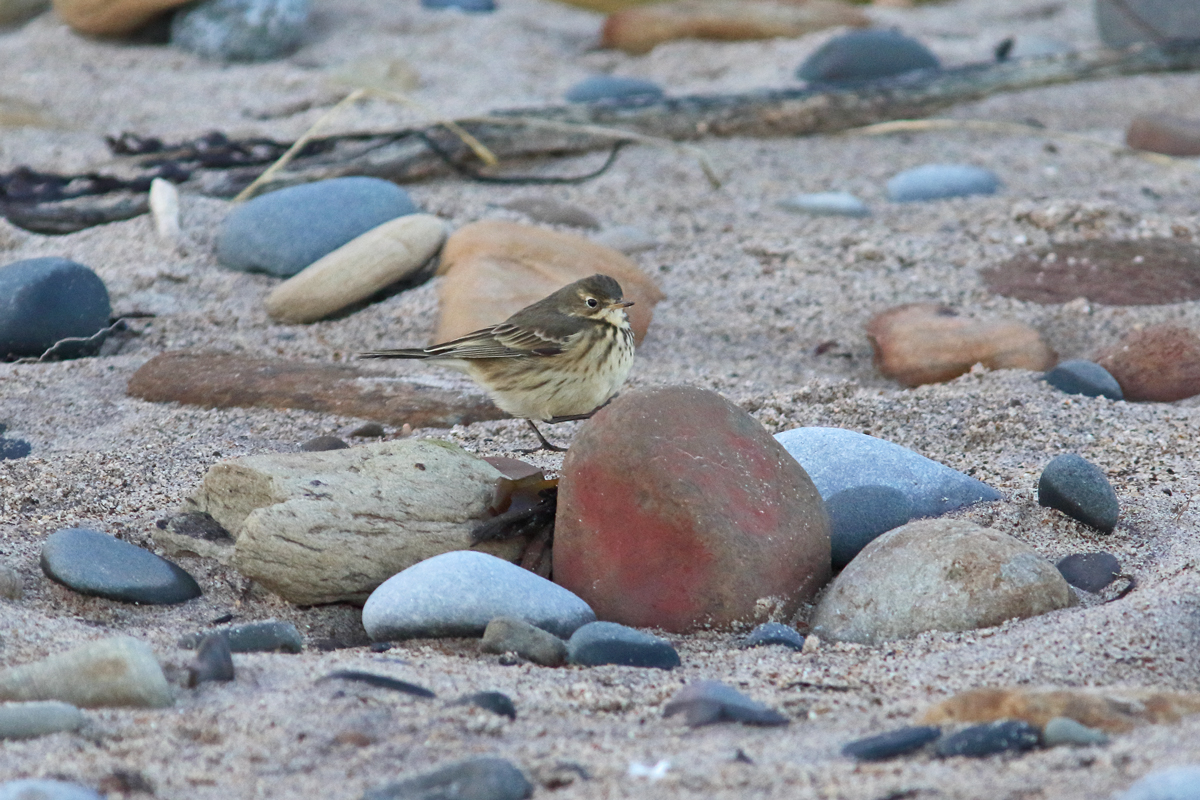 Another excellent bird, only 12 miles from home, it was my 5th new Northumberland bird this year.

"As with all pipits it was giving those to who field craft is an unknown entity the run around." Haha, I suspect others (including myself) may have worded that somewhat differently! I do wish there was some kind of an apprenticeship that birders and twitchers had to pass before being let loose into the field. The welfare of the list must come first, and all that...

Its pointless at twitches Seth. Some toggers were just marching up to it along the beach as if it was a mute swan then looked amazed when it flew over their heads and off 200 yards back down the coast! I told them to keep well wide of it on the shore and it would run back to us, but no. Eventually 3 of us just stood and watched the Benny Hill esque chase until the bird landed right next to us....