What a great county Northumberland is for birding. Although spring is a none starter here, once we get to August, right through to December we can usually count on going out and seeing interesting birds. My local area is not as heavily watched as the south east of the county or maybe Holy Island, but that only adds to the appeal. It is a bit awkward to get to from Newcastle, being an 80 miles round trip, there are no reserves at this part so it doesn't often seem worth the travel when there might not be much to see.

Yesterday I took the 10 minute or 3 miles trip to Boulmer to check out the waders and maybe see some migrants too. Boulmer is a big flat headland with no real focus, but it turns up the goods for those with patience.

The tide was high on arrival first thing this morn, a whopping 5.6 mtrs job leaving only a narrow line of beach. On this line were thousands of birds. Waders were prominent with 300+ Dunlin, 50+ Turnstones, 6 Ringed Plover, 8 Knot, 10+ Bar tailed Godwit, 1 Purple Sandpiper, 1 Little Stint and 1 Curlew Sandpiper. There was no sign of the Buff breasted Sandpiper. As we scanned the waders off shore a flock of 17 Red throated Divers flew South and a few Manx Shearwaters loafed around, a few Wigeon and Teal moved North and a female Pintail sat on the sea with the gulls was unusual. A nice female Merlin strafed the beach narrowly missing the Curlew Sandpiper!

Back at the car for tea and an adult Mediterranean Gull slowly flew past along the shore.

Next stop was north of the village overlooking Longhoughton Steel. There were no migrants in the weeds but 2 male Lapland Buntings came 'in-off' doing that 'tickety peu' call as they went. A glance offshore here had single Arctic Skua south  and a drake Velvet Scoter north.

At the top of the headland I was surprised to see the Buff breasted Sandpiper fly low past me and on to the beach where it fed for a while with wagtails and Starlings before heading back towards the village. a Short eared Owl was getting chased by crows for a while. Down at the south end of the patch, Foxton GC scrub was checked hoping for a Yellow browed but it wasnt to be ( Dan Langston had one in the village later). 50+ Swallows and a few House Martins were still around plus a Chiffchaff and a Grey Wagtail.

Some nice birding in a morning just along from home... 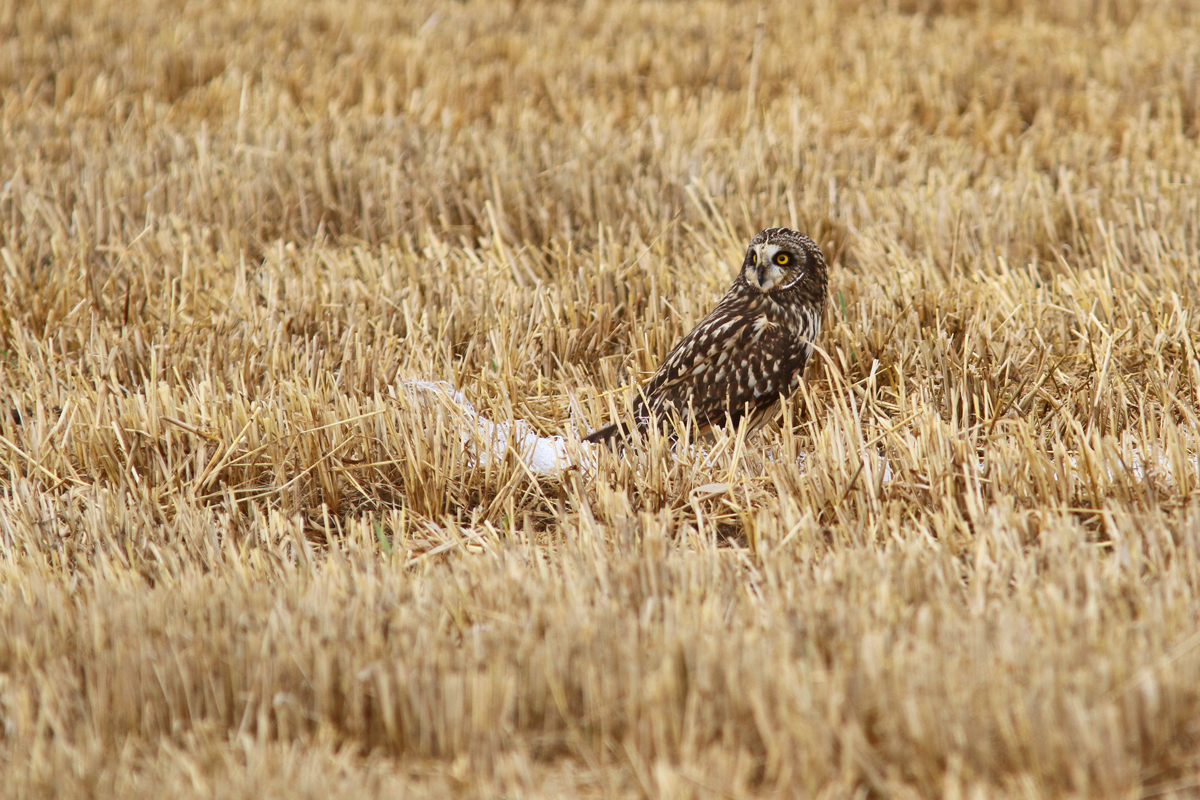 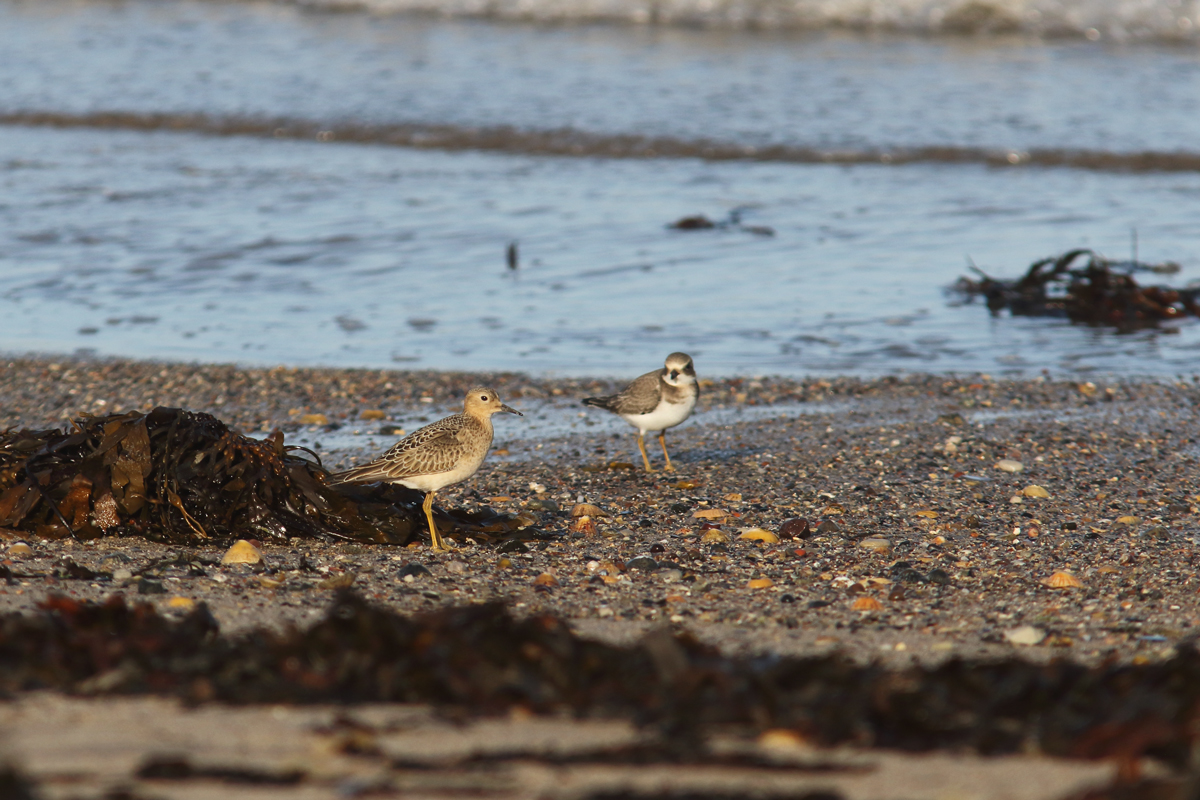 What a delightful morning’s birding. I’m moving up...

It really was Steve, you'd have enjoyed it...bring a cardy, its not like the downs...

Superb, Stewart! About 25 years ago I made a long-weekend visit to the Northumberland coast with a non-birding friend who had a casual interest. It was late autumn or early winter, and I recall Whooper Swans and Little Auks, and almost no one about. We certainly never saw another birder. We stayed in a pub, an arrangement I can heartily recommend! 😄

Its a long way to come for a weekend for you Gav. Late autumnn is good here for sure, birds like Little Auks, Snow Buntings and Waxwings are to be looked for if not expected at this time.It is busier now than your visit I'd imagine but you can still get away from people and my patch is as good as anywhere for the solitude later in the season...we might see you again one day...