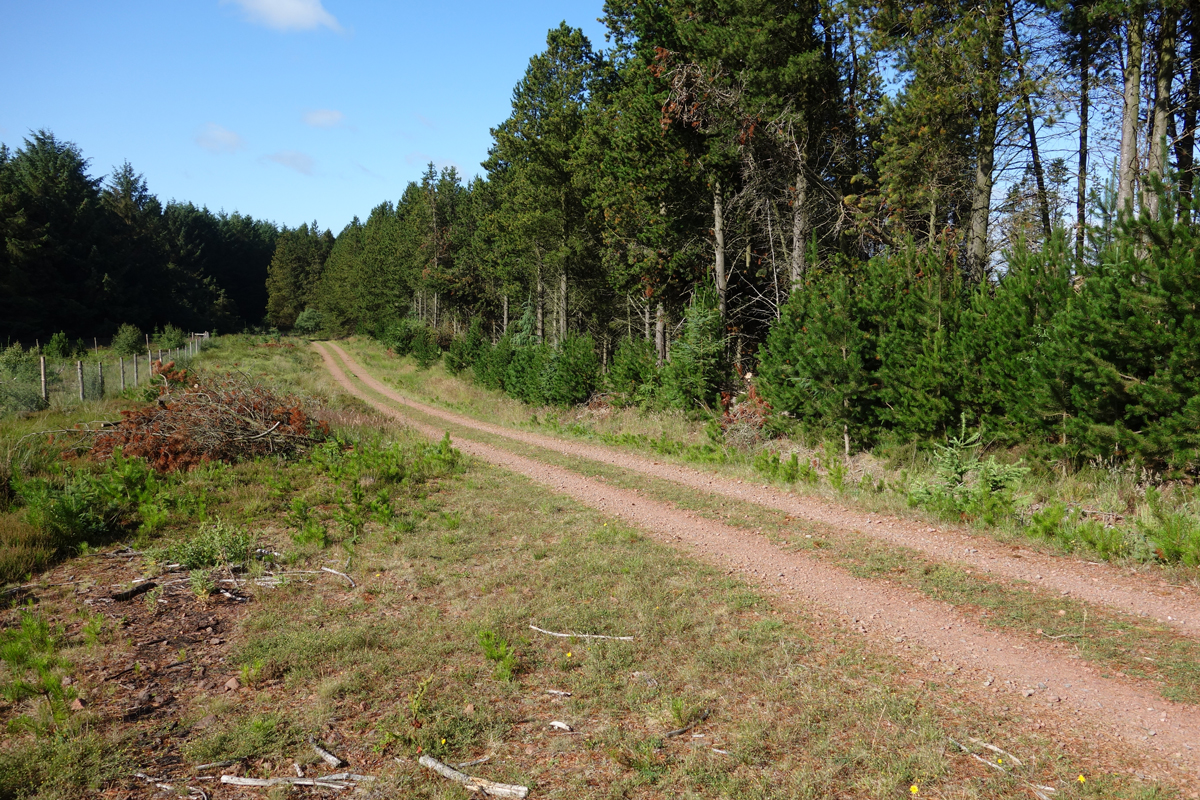 Don't fear birders, all will be resumed as August kicks in but while we are in the July doldrums it is insects and other life forms that take the stage.

Yesterday we went back up into the conifer plantations west of Alnwick to see what we could find. It was quieter than last week because it was cooler with a NW breeze and some cloud patches. Still there were things to be found in south facing sun traps.

First of all, we no sooner got into the sunny spot than a scan with the bins on a bank of Climbing Corydalis for hoverflies revealed this stunner - 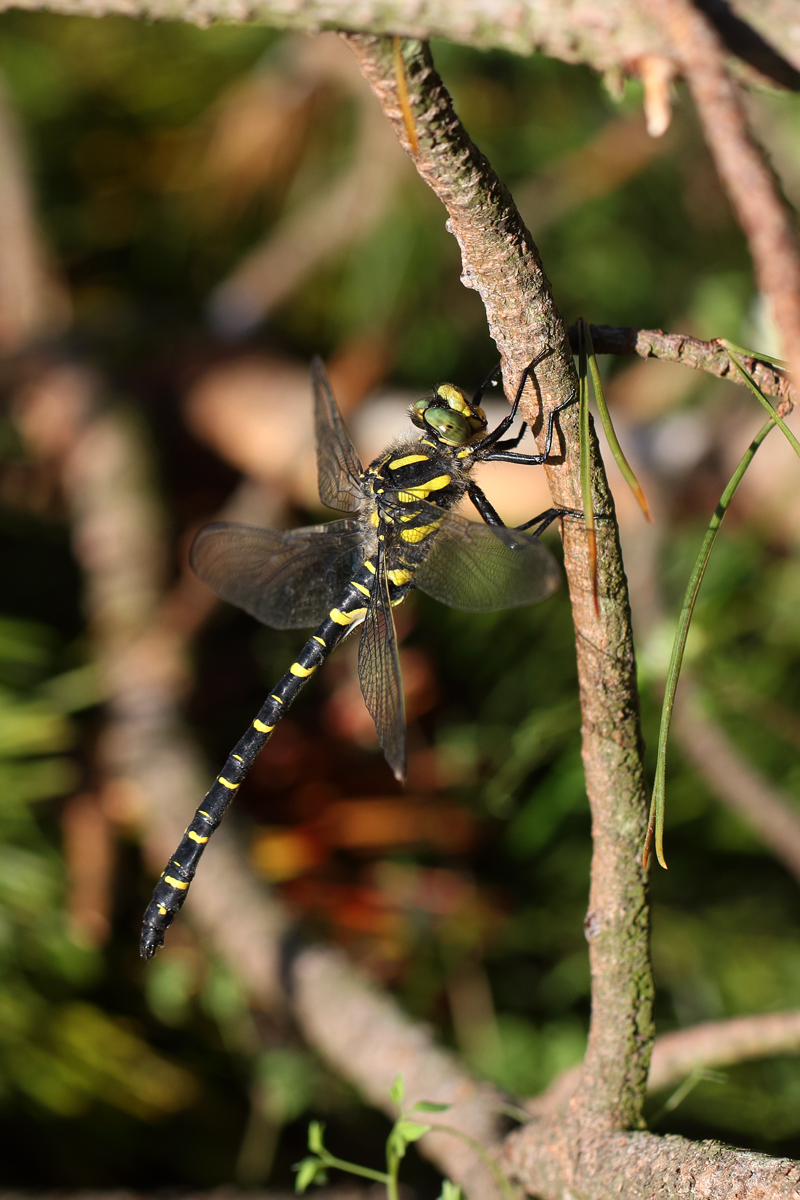 The Golden-ringed Dragonfly isnt just gorgeous in its Formula 1 livery, it actually behaves like it too. It patrols the ride at knee height at a steady pace then just hits warp drive vertically for some unsuspecting insect. Maybe my favourite odonata, its a while since I've seen one, so it was good to get this local sighting.

We then just wandered along a 300 mtrs stretch of forest road watching the side ditch flowers for other insects. Several hoverflies were noted, Sericomyia silentis 10+, Chrysotoxum arcuatum 3+ and Xylota segins 2+ A glimpse of what I think was Chrysotoxum bicinctum was frustrating as I couldn't find it again. Something to target next time.

A few butterflies were around, plenty of Small Skippers, Meadow Browns and Ringlets and a decent emergence of Small Tortoiseshells with one patch of thistles  having 9 individuals in a small area. 2 Small Heaths and an odd Red Admiral also noted. At this stage in the morning I messed up my camera settings to all butterfly shots were deleted.

It was quiet for birds. A family party of Buzzards, a few Crossbills, lots of Redpolls, odd phylloscs and pipits and little else.

When we arrived back at the car, a welcome was awaiting... 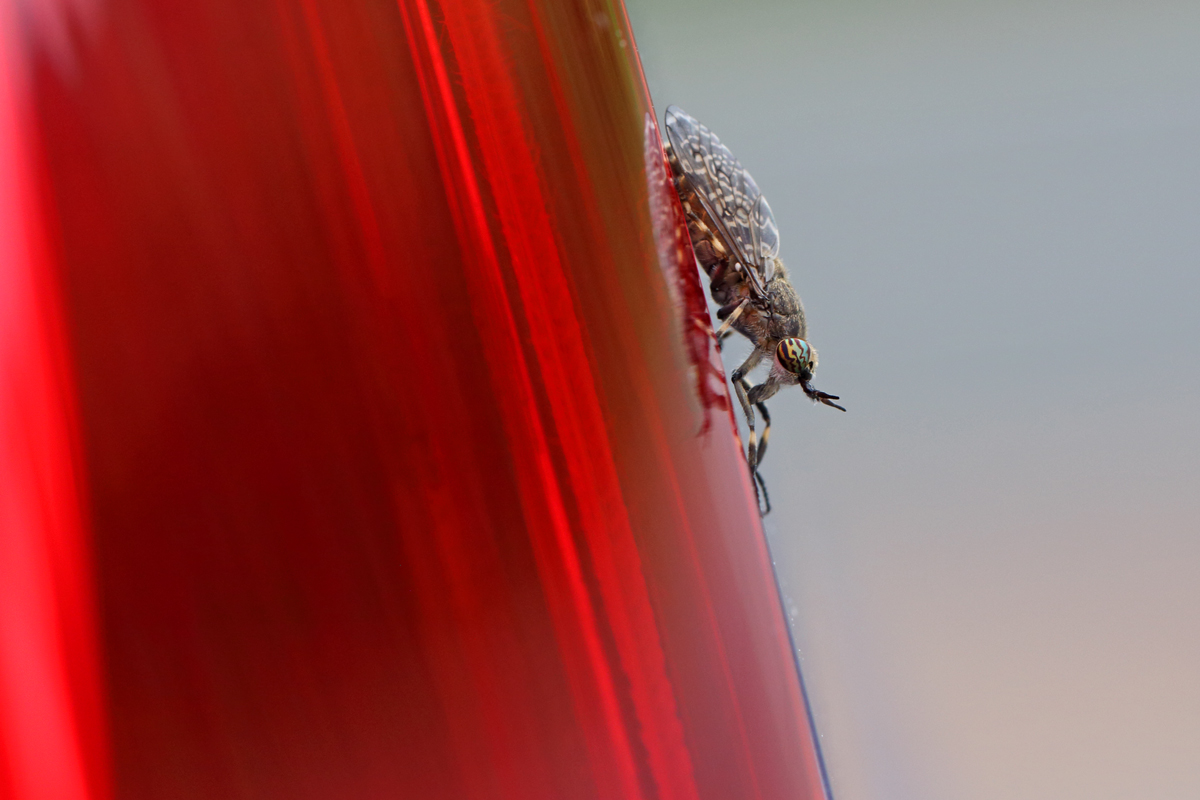 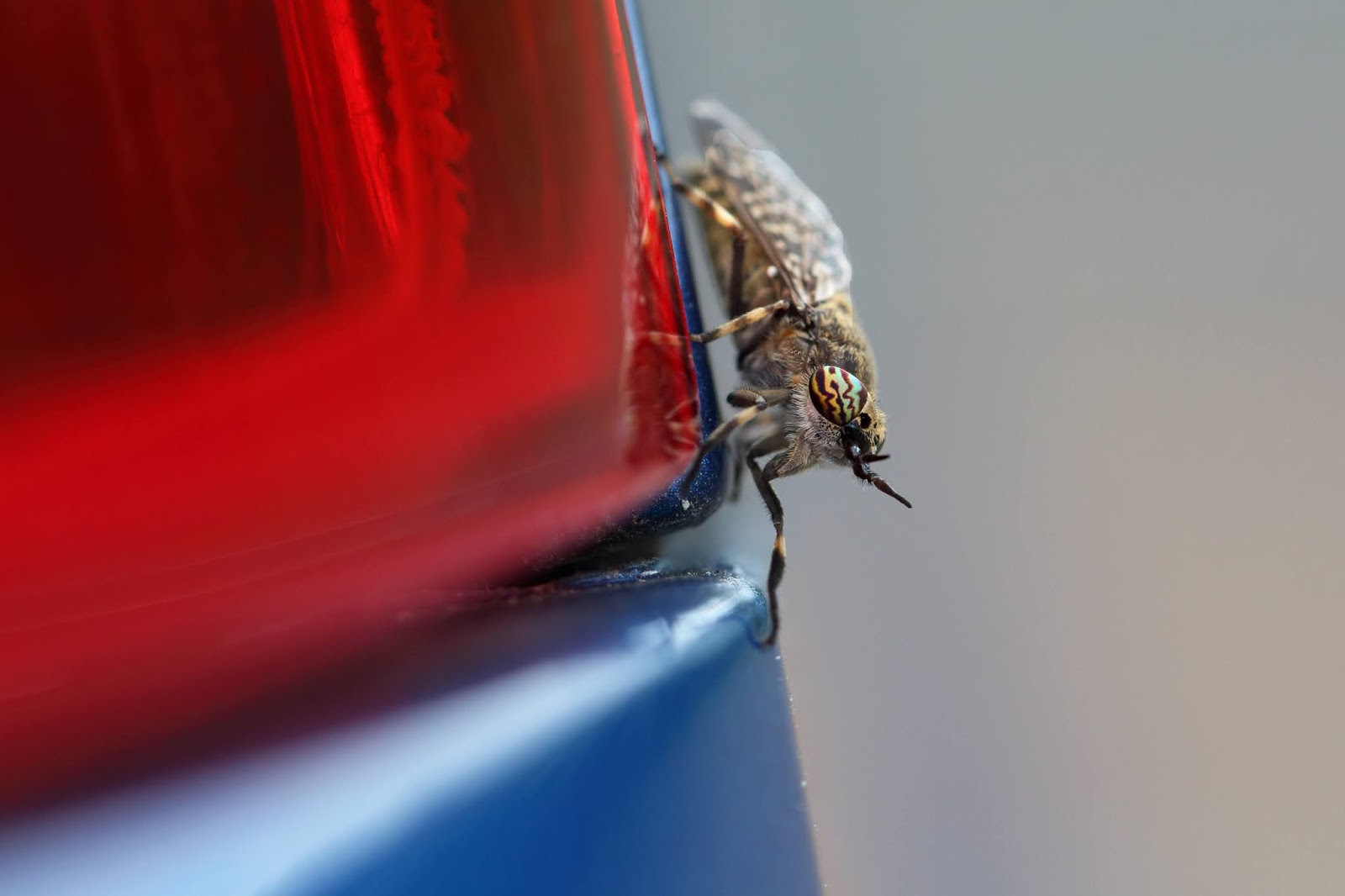 I remember many years ago reading the Chinery Insect Guide and these paragraphs caught my attention...

Remember when in the upland woods, she is out there with silent flight and blade like mouthparts...
Posted by Stewart at 11:23 am

Hmmmmmm, having second thoughts about shorts on a nice day!