A winter visitor in summer...

After spending the last couple of Sundays on our inland patch we felt it was time to stay coastal this week. To be honest, this is a quiet spell until August kicks in so we hadn't really been missing much. Late summer holiday time can be a pain on the coast with lots of visitors around but an early start means you can make the best of it and leave as things get busier.

Today we met at Boulmer at 6.15am and with a 5 mtrs high tide at 7.30, we decided to start at the North End to see if any waders had been pushed in closer. 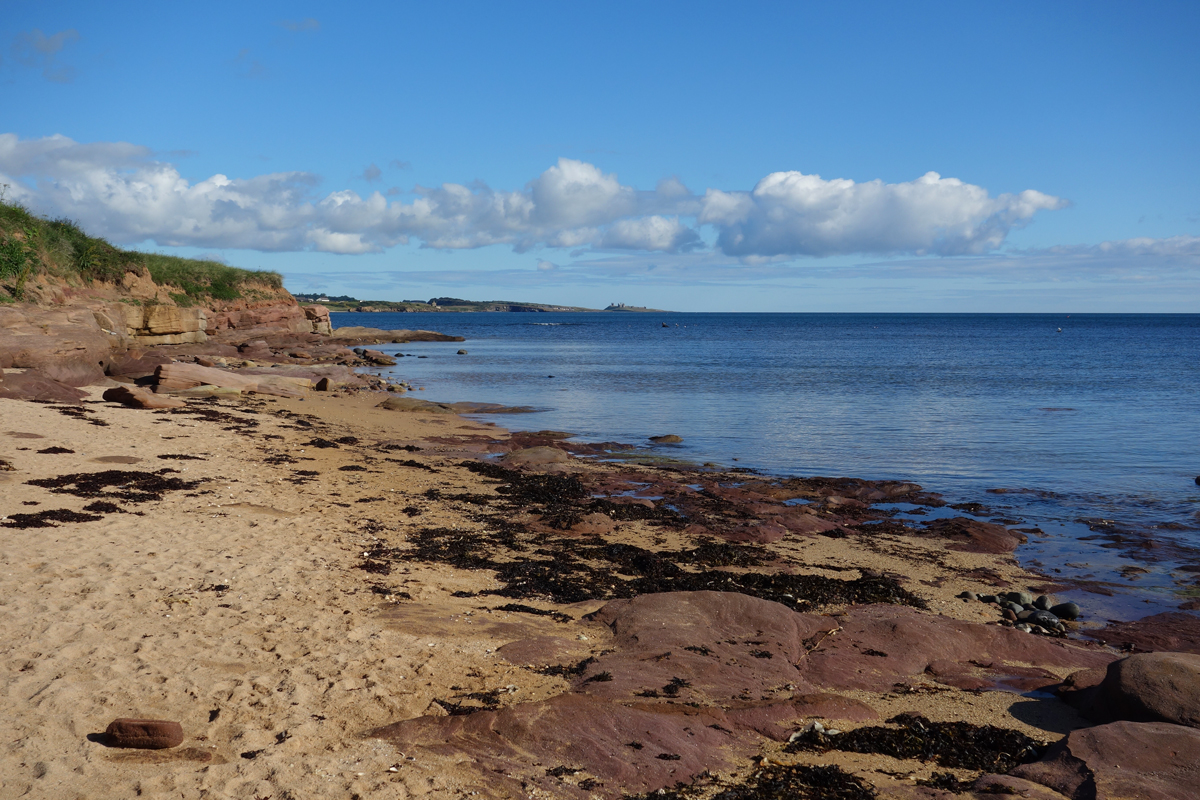 15 moulting Goosanders were in the haven and a juv Wheatear was on the beach..

On an area of barley field flattened by tractors putting in new drainage pipes ( god forbid an area around here has so much as a puddle left) a few passerines were attracted. 10+ Yellow Wagtails, 6+ Skylarks and Tree Sparrows, 1 juv Whinchat and many Meadow Pipits. A large, difficult to view, gull roost in a cow field had 1 ad Mediterranean Gull.

More unusually, a Hooded Crow was sitting along the wall. At this time of year we always get reports of Hoodies that are actually dull, dusty greyish juvenile Carrion Crows, but this was the real deal. Can't recall ever seeing one here in summer?

After a couple of hours we headed back for tea, pasties and cake, you have to look after yourself in this game, to stop concentration levels dropping you understand. From here, the car park was full by now so we moved base to the South End at Seaton Point. We checked the point and along the road to the golf course layby.

A few more waders were on the shore. The tide had dropped considerably by now so most birds were distant but closer on show were 1 Bar tailed Godwit, 3 Ringed Plover, 6 Dunlin and 2 Sanderling in summer plumage. Off shore a few Sandwich, Common and Arctic Terns milled around but there were no Roseates unusually.

Along in the scrub at the edge of the golf course were 1 Sedge Warbler, 3+ Willow Warblers, 3+ Lesser Whitethroats, a family party likely, and 1 Common Whitethroat. 12 Crossbills flew S overhead.

The morning was almost over, so it was time for home to get the moth trap done. Its best to count the moths early on, but on Sunday they always get counted at the worst possible time when the slightest movement sends them flying away...