Yesterday, I got up and out quite early to feed the birds. In the first 5 minutes, 5 new species were added, almost the first 5 birds seen!

To begin with from indoors I heard a Greenfinch singing outside so I went to check in time to see 3 fly across to the village hall. Next I stood on the wall in the far NW corner to scan the harrowed strip in the back field for Wheatears. Of these there were none, but there were a pair of Pied Wagtails and a male Yellowhammer scuffling in the soil. As I watched a call attracted my attention, a partially displaying male Lapwing was tumbling over the top field! They don't breed but in some years the attempt it, maybe theyll have success this time. As I watched the Lapwing a fw Great black backed Gull flew steady South.

The rest of the day was quiet but at midnight a Tawny Owl could be heard in the village wood.

This brings the grand total to 41 species seen or heard from the garden since Saturday.

On Twitter / Bubo a few birders set up a similar garden watch. Out of interest I looked at the list on Bubo only to find participants including ' the excercise walk' and the 'dog walk' in the totals. What the hell is that about? If I did that I would include the North Sea that is not even visible from the garden. To me they are describing a local patch, but to so many people a local patch means a half hour drive to the best hotspot in the area, not a local patch at all, so it doesnt surprise me that the garden isn't good enough for them. At least I can say my local patch is that local it includes my garden. Isn't that the point of BWKM0? Birdwatching from zero kilometres not from 3 kilometres...

After looking at this debacle I decided not to bother on there. Now I see the garden bit has been removed and its just the Lockdown List. Shame.

Oh, even worse, some people were including NocMig birds in the totals! Dear me lads, you have neither seen nor heard the bird so you cant tick it even though it can be added to the garden list. Imagine you are out at work, and on your return your neighbour shows you a photo of a Hoopoe on your lawn. Its like ticking that. 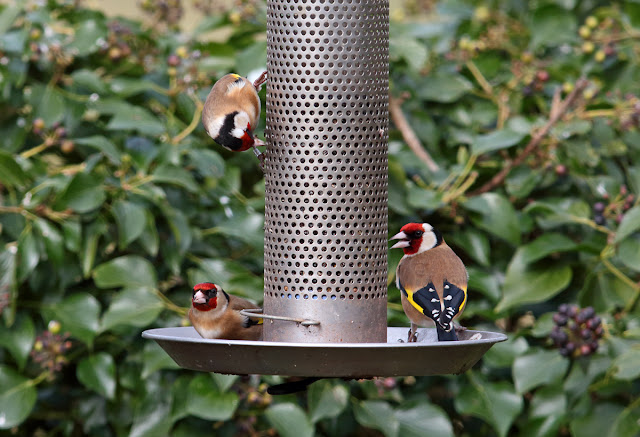 I'm 100% with you on this noc-mig stuff. If you're in the garden and hear it during the hours of darkness - that's fine. Looking at a playback gizmo which id's the various sounds recorded during the time you're in bed? Get real, this is about what you, not a machine, have recorded from your garden footprint.
Stay indoors - keep safe and send one of them Tree Sparrows to Thanet! - Dyl

Don't think that I could agree more, noc-migging in daylight hours is weak, it's pathetic in fact. Keep it real. I, at least, shall follow with interest! #nocmig=teenlosers

Am enjoying tuning in to your garden birding at the other end of England, Stewart. Your comments on various aspects of listing 'ethics' made me laugh. Spot on.

Completely agree with your comments about garden / patch / nocmig etc: those are entirely different entities!
My garden list does, though, include birds I see from it, rather than just over or in it!

Sorry for the delayed response chaps I lost the comments!

Gav - Cheers, I look at your sub tropical climate and wonder too.... :)

David - Yes of course I count everything seen or heard from the garden.