First storm of winter or last one of autumn?

The North East wind last night was a roaring animal, bending trees and stripping them clean of foliage. By the time I took Peggy for her first walk this morning, the rain had stopped and the wind, whilst still strong, had dropped slightly. The sea was enormous and roaring as the rollers smashed into the rocky shore. Balls of ivory foam were blowing along the coast road and over the fields.

This was too harsh for a Cullernose seawatch so I headed down to Craster where the view point is lower but has a bit of a wind break.

I watched from 09.15 - 10.30am. The passage was unremarkable, being so late in the season, but there was enough to keep the interest going. The list went like this with all birds going North unless otherwise stated.

All against a light movement of Gannets, Kittiwakes and larger Auks. 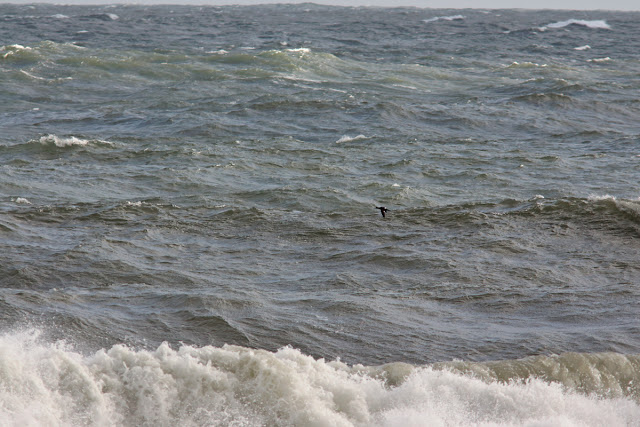 From here I decided to check the Craster Heughs for migrants before home for lunch.

First bird, not a migrant, but a bit of a patch mega these days was a Marsh Tit [161], calling and showing well, but I couldn't get a photo, it was too quick for me. This site is a Willow Tit hotspot with up to 6 birds present recently so where this lone Marsh has appeared from is anyones guess. A totally unexpected year list addition.

Real migrants were noticeable by their absence, but a few Blackbirds high in a hawthorn over the path were scrutinised. Then I saw that in the middle of them was a lone Waxwing! This will likely be the bird Ben had in the village on Sunday, but as it is a first for 2019 I was well pleased to get it. This makes Waxwing being added to every one of my patch year lists since I moved here in 2009 and this week is a prime time to get one.

Also here 500+ Pink footed Geese flew around to the west. 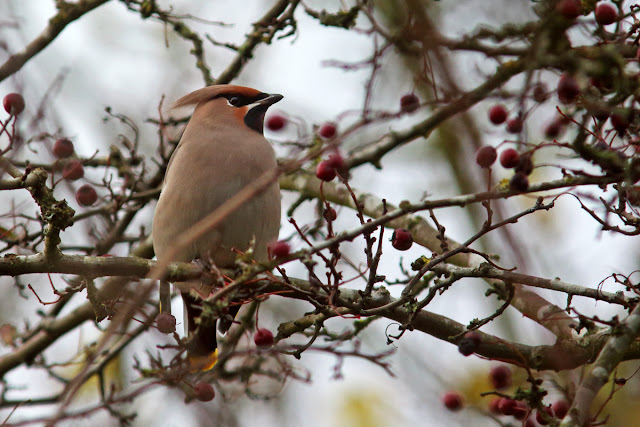 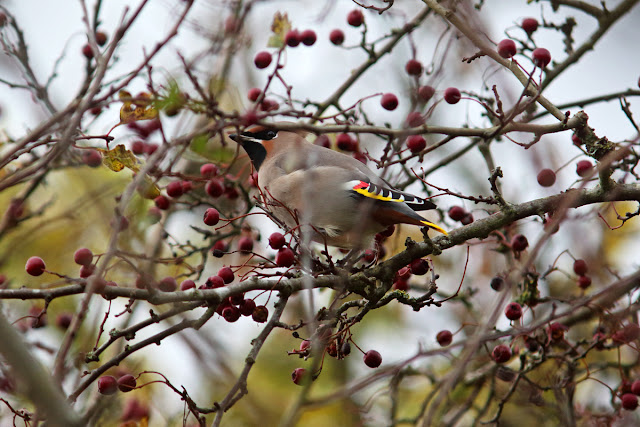 After lunch at home, I thought I had better just pop back out for an hour to Cullernose as the wind had dropped further and it had brightened up a bit.

From 1.10 - 2.10pm I had a nice selection even though most seabird passage had dried up.

So, not a bad day in the field really with 3 patch year ticks. At this late date, I'm sure my listing additions will be coming to a close...
Edit -I have just realised I am on 162, equalling my best year ever, 2010. Can it be, dare I say it... beaten?
Edit 2 - I have just updated my spreadsheet and it puts me on 163! After going through it species by species, I am confused... It looks like the record has been broken!! 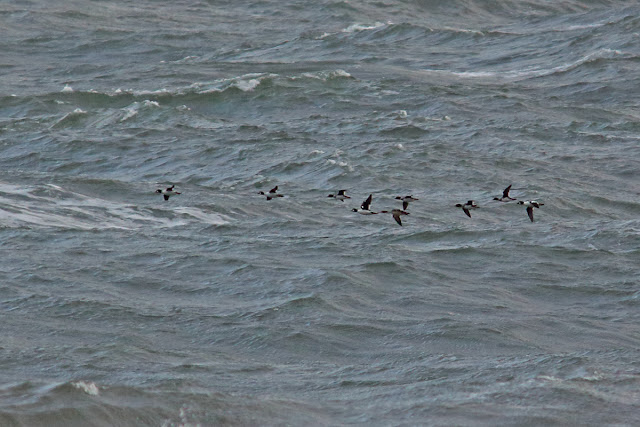 Stewart, our patch challenge has been a most enjoyable experience - the 2019 trophy is surely destined to Northumberland. What a year you are having, full of good birds down to your effort. Nice one my friend. PS: thinking of moving into your village, it has all that a birder needs...

Cheers Steve. I believe it is the seawatching what done it! As I said at the beginning of the year, my list is totally at the mercy of the weather during the August - November period. We don't do spring!