When doing a local patch list its easy to get fixated with it to the exclusion of all else. When time is limited by work or other commitments I think its best to take regular breaks off site just to keep things in perspective. This morning we did just that.

I met up with John at Alnwick and we had a local-ish tour to gather some of the good birds that have been present this week.

First stop, an 8 mile drive north to Newham Hall, to look for the four Taiga Bean Geese. These birds have been around all week but with 1000+ Pinkfeet here too, it didnt look an easy prospect. At first the geese gave us a right run around the narrow lanes peering through gaps in hedges but never quite getting a good view. They all then flew a mile north and mainly out of sight. We followed back to our original stop off point and decided to walk a bye way over the hill for a scan. As we got our gear from the car I noticed something in the field right next to us. Through the bins, they were clearly geese and 4 of them too but surely we couldnt be that lucky?

As it happens we were, and the Taiga Beans were in the bag ( or should that be 'can'). Also in the field were 3 Grey Partridges but no Pink feet at all.


These are the first Taiga's I have seen for about 30 years! Every other Bean Goose locally has been of the Tundra race 'rossicus'. A good start...

Next stop, a drive back on ourself to the south where the redhead Smew was found quite easily at Widdrington Moor lake, though remaining quite distant. After a cuppa and a good scrutiny of the lake it was off north again to our final stop, Alnmouth south dunes or Buston Links for the wintering Shorelarks. These too were straight forward once we had negotiated the bumpy road that resembled the dark side of the moon, but today John had the four wheel drive out so it wasnt too bad.

The four Shorelarks showed reasonably well, feeding along the saltmarsh, though never getting too close ( close enough).

We gave them half an hour and that was the morning sorted and what with work looming on Monday the next blog post might not be for a little while... 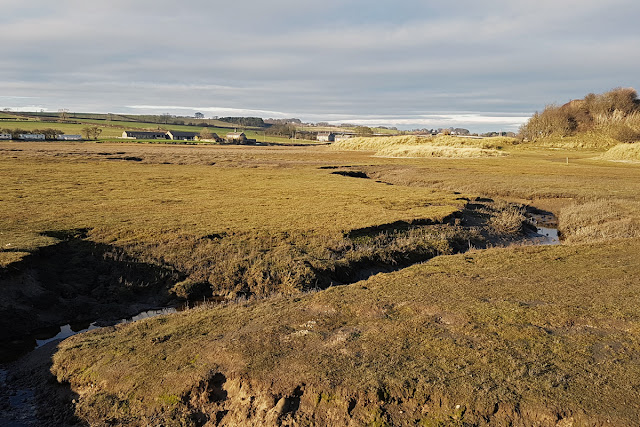 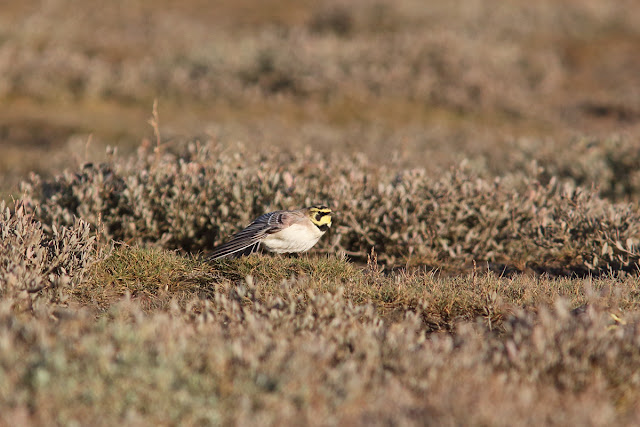 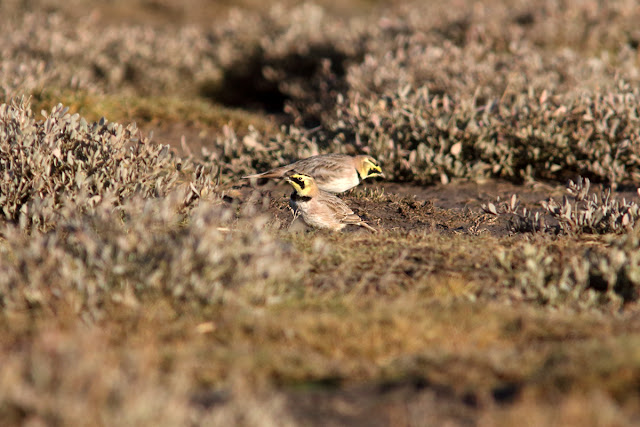