A flexi day off work that coincides with a clear fine frosty day can only be a good thing.

Peggy's walk this morning was down to the Pond Field via the Village Wood. On of the first birds of the day was a Woodcock that lifted from path side vegetation. Soon after that 5 Crossbills flew around some tall scots pines then away over the pond. The pond itself has 75% frozen though not heavily so. The open water held the usual 10 Tufted Duck and 3 Teal plus the male Gadwall was still around. 2 Stock Doves were displaying from tall beech trees.

We returned home and I dropped Peggy off in the house and popped down to Craster to check the northernmost end of the patch, hoping for Willow Tit and Collared Dove. Both of these remained elusive but its something to watch out for during the February doldrums. It was here that my best surprise of the month appeared.

I was only 30 yards from the car along the road when I saw a Goldcrest flickering around in some gorse next to the path, just over a stone wall. Nice, I thought, it might be worth a photo. As I lifted the camera and pressed the shutter to focus I was aware that there were two birds close together in the bush. Through the view finder the camera clicked into focus on a Firecrest! It flew as I pressed the button, chased off by a beligerent Goldcrest. I soon relocated it a bit further along the path though this time further back on the top of the gorse where viewing was very tricky. I managed a few photos over the next 15 minutes before I lost sight of the bird in the thorny scrub. I stood for quite a while but it didnt show again. 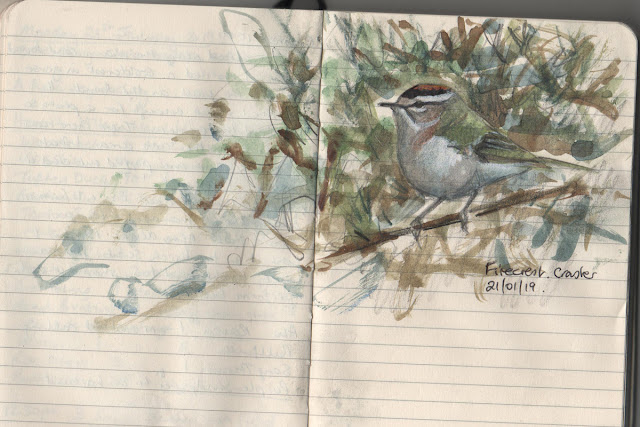 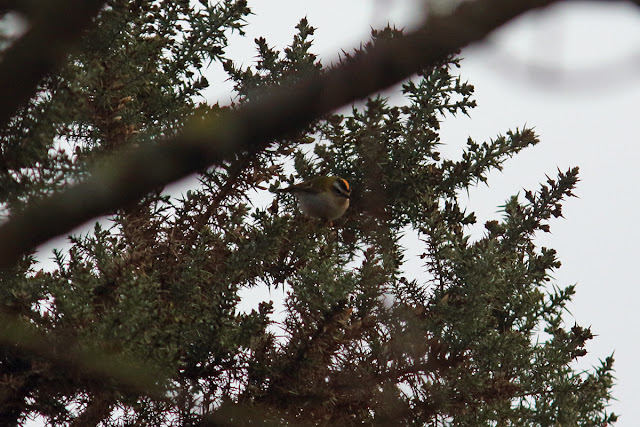 This is only the second time I have had Firecrest on patch since the last ones, 2 together, in 2010 at the end of the long walk.

This little one appeared to be a nice bright male with a bright orangy crown stripe.

As I watched, a Raven cronked low overhead. I decided to move on down to the harbour. Here 4 Purple Sandpipers and 12 Turnstones were the only thing of note. 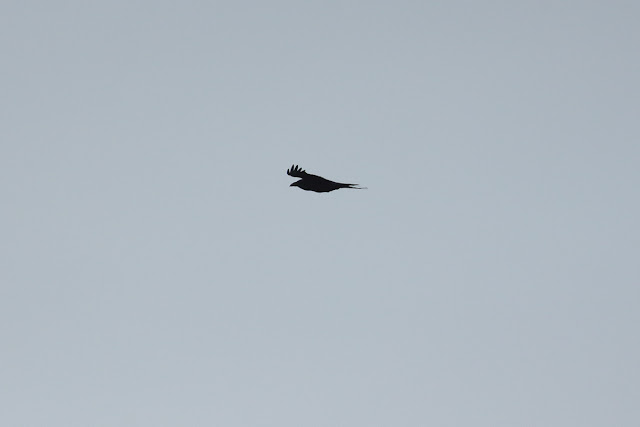 Its been a good weekend here with  several good patch ticks -

plus Reed Bunting, Snipe, Sparrowhawk and Stock Dove bringing the 2019 Local Patch total to a respectable 82 species. With another weekend left of January and common species such as Redwing, Fieldfare, Collared Dove, Meadow Pipit and Skylark to get, I might reach 90 yet...

You're off to a flyer Stewart...

Hi Steve, yes it seems so but lots of years start out well, its the period Aug - Nov that dictates the list here. My best January is 90 sp....