On Sunday I called in with John to see if we could get some photo's of the Rose coloured Starling that has been showing very well for two days in Ashington. Despite sunny weather and an early start to avoid residents, it had gone. So what to do next?

I had a little idea to get a snap of one creature I used to take for granted as a kid. The White clawed Crayfish. Then it was just Crayfish, as we had not yet been invaded by the larger more dangerous American Signal Crayfish. The particular river was my main stomping ground as a child and is one of the last UK hotspots for the species not having received any yankee invaders as yet. It only took me a few minutes to find half a dozen of the little crabby critters. I am concerned that they are all juvs with no larger adults that we used to find in profusion. Maybe Otters have reduced them as there were a few body parts and a carapace lying around.

After getting the said snap, he flipped his way back into the cool flow to rest up for the day. 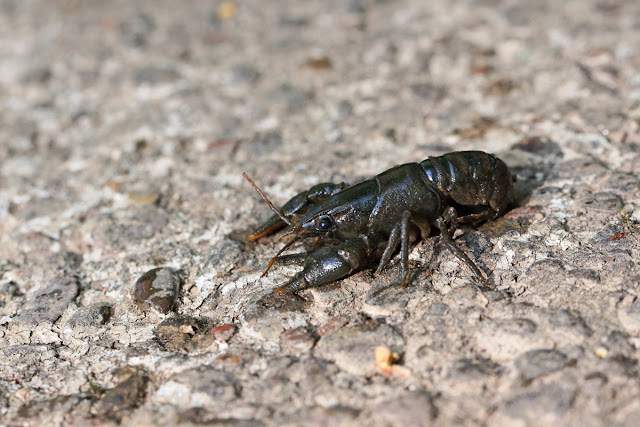 We then had a wander up into the woodland where the Bluebells were all but over, though still making a pleasant view in the leaf darkened forest floor. 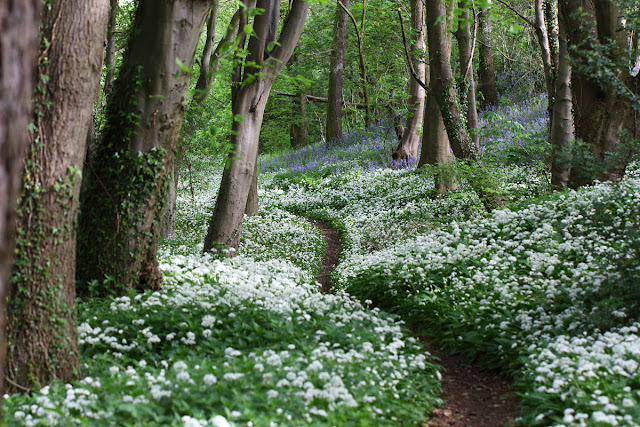 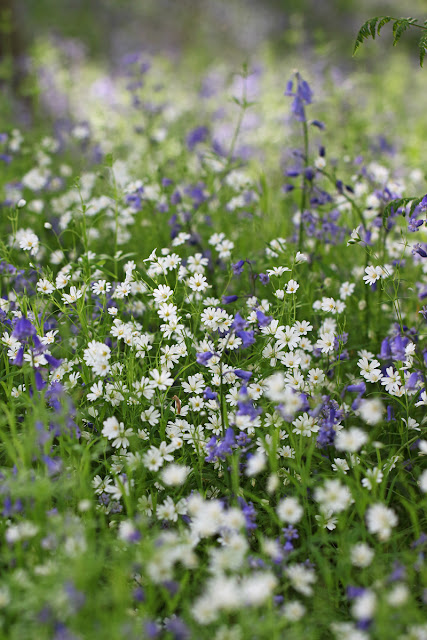 Our journey turned back north to check out a likely looking dragonfly pool for the first odonata of the year. When the sun finally emerged we had 3 Four spotted Chaser, lots of Common Blue Damsels, 4 Large Red Damsels and 4+ Blue tailed Damselflies. My first Wall Brown of the year was nice too followed by one on the home patch as it flew over the village green on Monday. Also at the pools were a Grasshopper Warbler and 2 Grey Partridges of note. 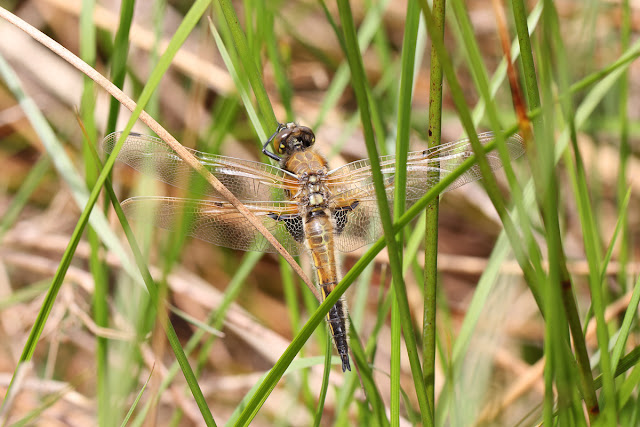 And that was about it really, a bit of an eclectic morning out not one bit marred by missing seconds of the Rose coloured Starling.
Posted by Stewart at 8:55 pm