I can't remember how I originally heard, that only about 120 miles away into the North Yorkshire wolds lurked some highly sought after species. It will probably have been on Twitter or some other internet spot. I then put social media to its best use and contacted some acquaintances for further advice. Soon a couple of people in the know, kindly gave me directions to their favourite spots and asked me not to widely broadcast, so forgive me for being a bit vague with the info on here. I'm sure a bit of dilligent internet searching will point you in the right direction.

Armed with our newly acquired info, on Sunday, we took a day trip out of the county to check out the sites . First stop was near Pickering for a couple of nice orchids that I did not know occurred this far north - Burnt Tip Orchid and Fly Orchid. In a very green and uninviting arable setting the small area below was a stunning oasis for flowers and butterflies.

We soon found several Dingy Skippers, Small Copper, Brown Argus and Small Heath butterflies, then 3 nice spikes of target No 1 Burnt Tip Orchid. Target No 2 lurked only a few feet away, Fly Orchids. There were more of these with about 8 spikes noted. We would normally have put the morning in at a site like this, but other delicacies were waiting... Site No 2 was about 5 miles away, for a butterfly I have only seen once - Pearl bordered Fritillary.
We soon located up to 20 of these normally woodland insects, either dashing past a a rate of knots (males) or (females) being elusive, flutterhopping into dead bracken clumps looking for violets to lay egs on or near to. They are another declining species in the UK with scattered small colonies mainly with a westerly distribution. 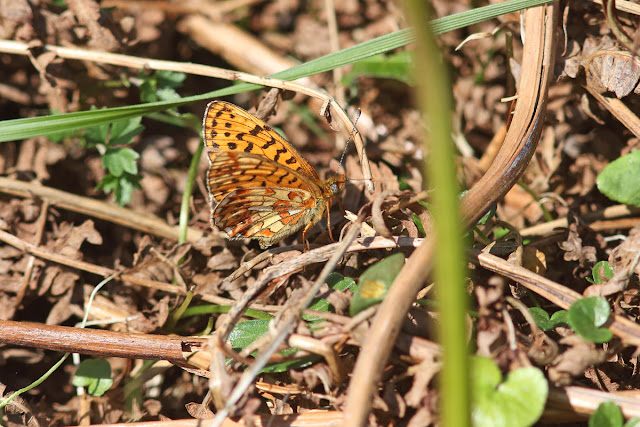 As time was wearing on, we made a move, 16 miles further west towards Thirsk, for the star of the show, the headline act, so to speak, all arise please for - The Duke of  Burgundy.

The last time I met with the Duke, was on a Lancs limestone pavement a few years back,
now here we are, in the other rose county, where we were very pleased to count 19+ in a small sunny area. Up to 7 at a time, 'kettled' in circles, squabbling together then dividing back to low perches on bramble leaves and grass stems. Anything flying by would be chased by these tiny terrors, not much bigger than a Small Blue.  I could have watched them all day. 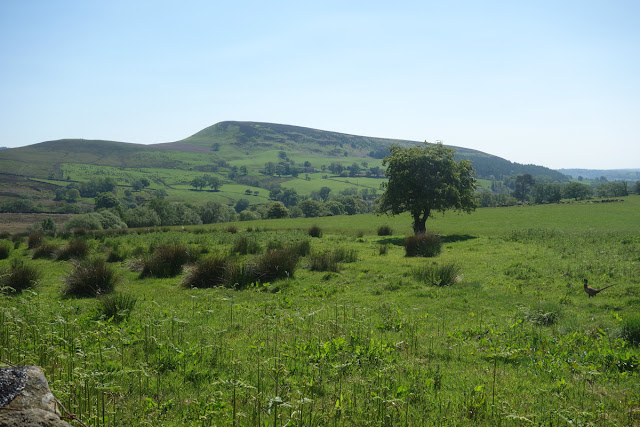 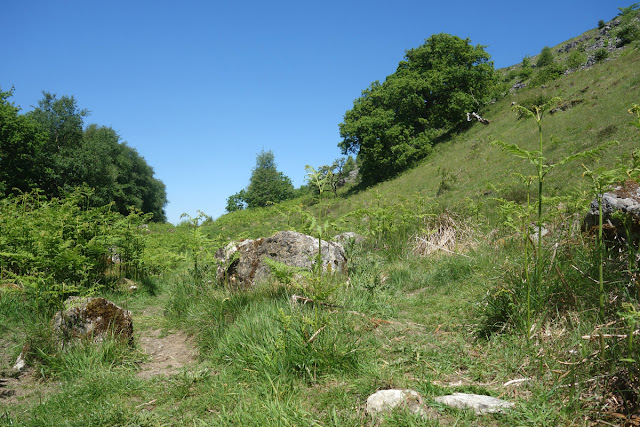 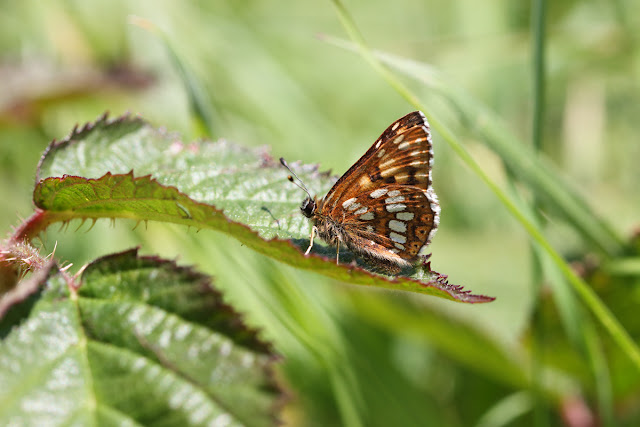 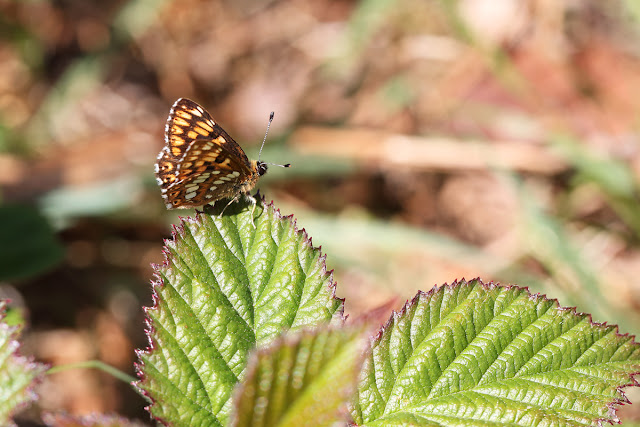 The time was getting on now and we headed off for the two hour drive home, very pleased that we had not only seen all of our target species, we had great views and decent numbers of them too!
While working out our next sortie away, its back to the patch for the rest of the Bank Holiday...