Before I left home this morning I hesitated, then thought I had better take my birding kit in the car with me to work, just in case. After all it is mid May and the wind is swinging east...

Sitting at my desk, drinking tea, waiting for an 11 o'clock appointment to arrive ( they never did) and my phone vibrates twice... Citrine Wagtail, Lynemouth Flash!

Now, Lynemouth Flash is all of about 3 miles from my office, so, I necked my tea, made some lame excuses to work colleagues and dashed off on some, er, visits.

A line of cars indicated the spot, a scruffy looking flash pool on a field, liberally scattered, with piles of fly tipping and mongrel horses dotted around. The flash runs right next to the road, just north of a travellers site, hence its condition. As soon as I parked up, gathered the gear and wandered along to see the familiar faces, I was pleasantly surprised to find that the bird could hardly be feeding any closer. It was along the muddy fringe, just over the wall from the road, a nice female Citrine Wagtail.

Straight away it looked the part, showing dove grey upperparts, two broad white wing bars with coverts and tertials edged white. The yellow face bordered the greenish ear coverts, and face on, it sported a nice olive-coloured, spangled, gorget of a necklace.

As if to say have you got everything, it flew up onto some bushes and called a harsh sharp note, rougher and more hoarse than flava wagtails do.

It fed very actively right around the edge of the small pool, performing admirably for the small crowd.

Up until 2015 there had been 10 records from Northumberland, mostly in autumn.This is my third here, after an adult female in May 1991 at Hauxley and a juv at Alnmouth in September 2005, so it was about time for another.

A very nice bird to get, and I managed to get back to work scarcely half an hour after I left. I'm so pleased I put my stuff in the car... 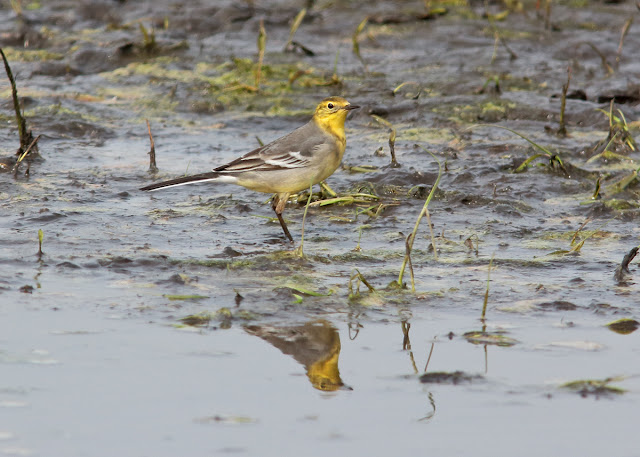 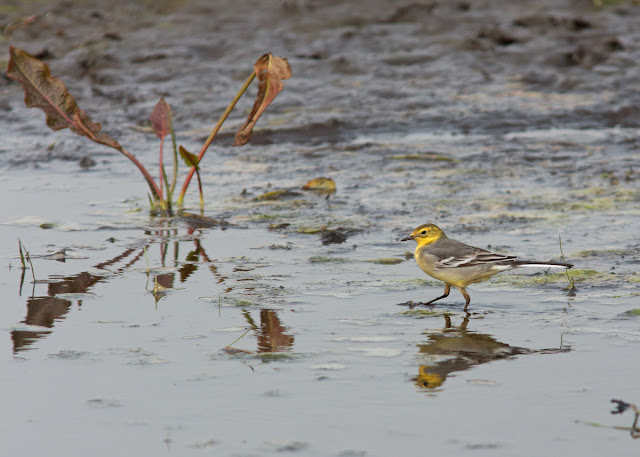 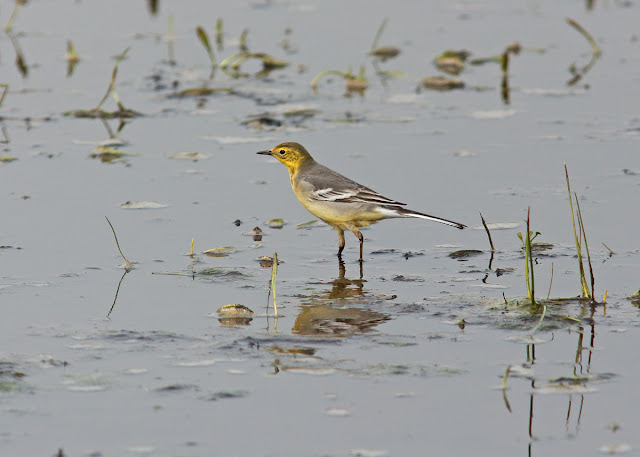