To Bamburgh and back.

We headed off north this morning, though not far, Bamburgh and back.

On the way, first stop at sunrise was Embleton to see if the Waxwings found by Gary Woodburn ( and present since January) were still around. After a short hunt we found two in a garden near the main road. Photographing them in the poor dawn light, was always going to be tricky, but the birds were very confiding so we were quite close. These images are only very slightly cropped to shape. We were also pointing our cameras in the vague direction of bedroom windows, so after snapping a few shots we left the residents to their privacy! 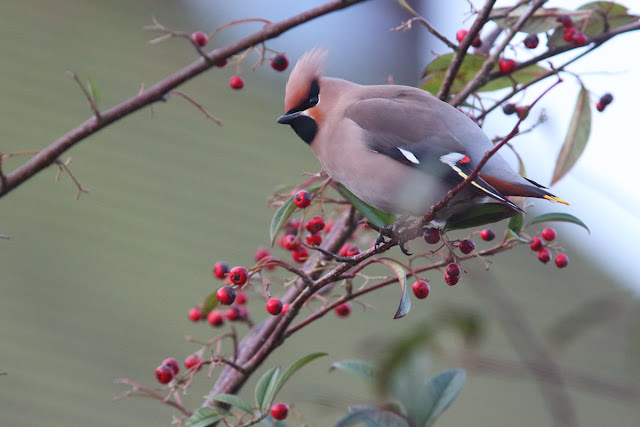 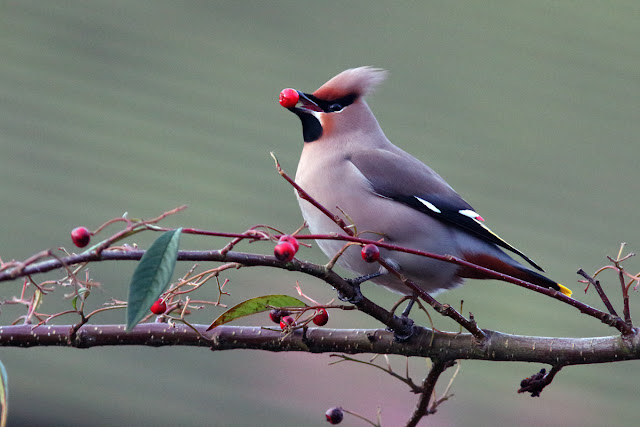 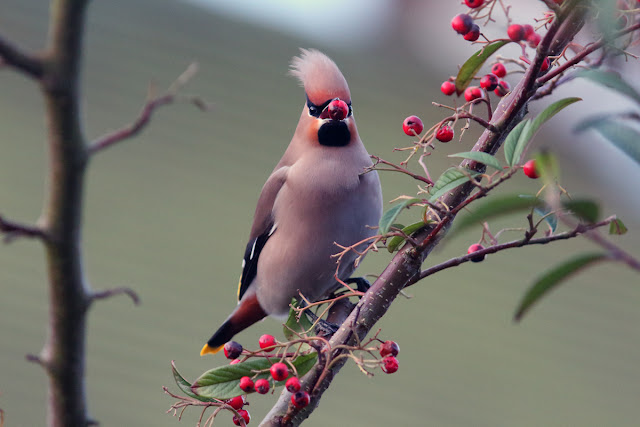 From here was had a short tea stop at Monks House Pool, Seahouses where 13 Shoveler were quite frisky alongside 20+ Teal, several Tufted Ducks, Mallard, Coot and Little Grebe. The dunes- working Exmoor Ponies came to see us, one enjoying a jammy dodger from John before continuing to munch the coarse grasses down to a reasonable level to increase the local flora.

Budle Bay was next up, with its daunting expanse of mud flats.


The wintering Spotted Redshank was racing up and down the creek feeding behind three Shovelers constantly that, I assume, were churning up edible morsels for it. Also here were masses of wildfowl including many Teal, Wigeon, Shelduck, 300 Pale bellied Brent Geese, 1000 Pink footed Geese. The waders were in equally large numbers with many Bar tailed Godwit being the highlight. A lone Little Egret looked the part fishing in the close creek.

A nearby feeding station was to be our final stop of the morning. Marsh Tits used to frequent here but, as with this species across the rest of Northumberland, this site now seems devoid of them with none reported in the hide logs since last February. Still we enjoyed nice views of Nuthatch, Treecreeper, Great spotted Woodpecker, Yellowhammer, various Tits and finches.

With the weather not being too bad either, it turned out to be a nice morning all round.

Last night the first decent moth of 2017 came, an Acleris cristana, a scarce species up here, this is only the 13th for Northumberland. 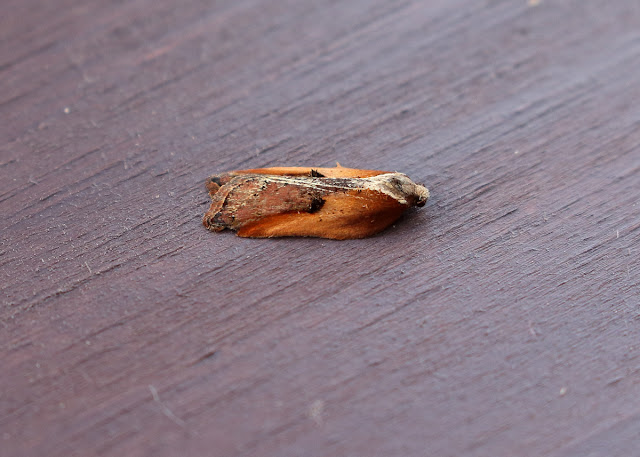 Nice one.. pics have turned out excellent