Or Thrush Nightingale to be more accurate. Since childhood I always wanted to see the bird sometimes called a Sprosser and wondered why it was called that? A quick google search threw me into The Leicester Llama blog where Andy McKay says it is just the German name for Thrush Nightingale and we should all have body parts removed if we dare use this word in an elitist type of way. So Sprosser, you are now known by your Sunday best again-  Thrush Nightingale.

This morning a message came out saying that Steve Rippon had found a Sprosser Thrush Nightingale on the beach near Emmanuel Head, Holy Island. At first I thought, no chance, by the time I get there it will have been booted to the Snook and back and wont be seen again. Then a message came out with those teasing words 'showing well'. That was enough, into the car and off.

Fast forward a half hour drive followed by a half hour yomp over rabbit pot holed dunes and we meet a well ordered team watching from a nice distance along the strand line with no bird to be seen. 'You should have been here earlier...' etc 'it hasn't been seen for a while but is still in that cover over there' were the comments on offer. A tense wait followed but sure enough our target popped out, furtively at first, then by deploying some Navahoe-esque field craft we all got great views of the Sprosser Thrush Nightingale as it ran mouse like over some stones to begin feeding out on the dry seaweed. In some ways its movements recalled a Gropper Grasshopper Warbler  as it lay flat and ran like a rodent between the stones and weeds. We all took lots of photo's in the open of a bird more used to sitting in a dark forest in Fenno-Scandia Scandinavia than out on a sun drenched Northumberland beach.

This is a full lifer for me, never having seen the species in the UK or abroad so it was great to finally catch up with it. Nice for the county list too, my first since last September's Red footed Falcon! 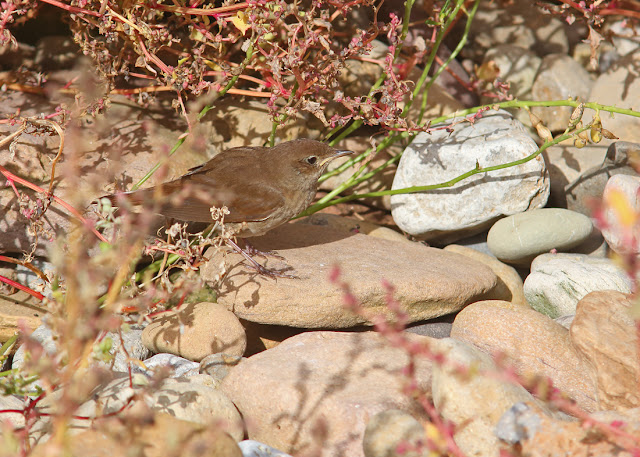 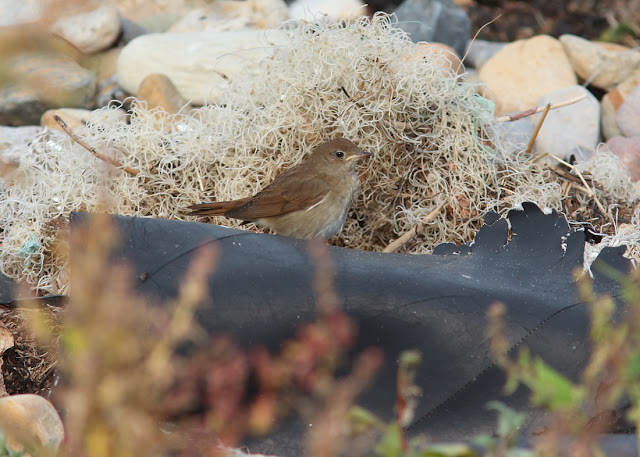 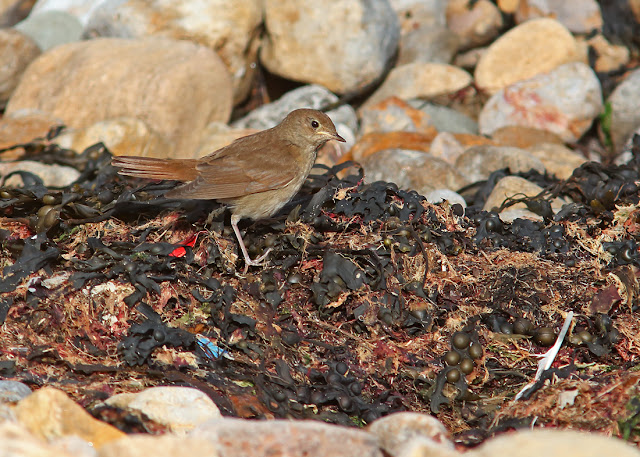 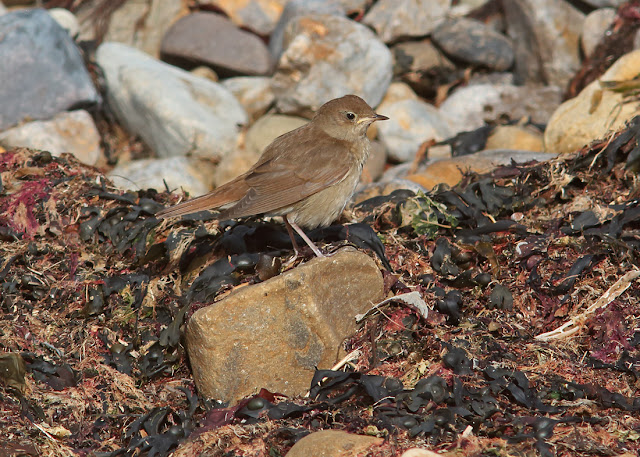 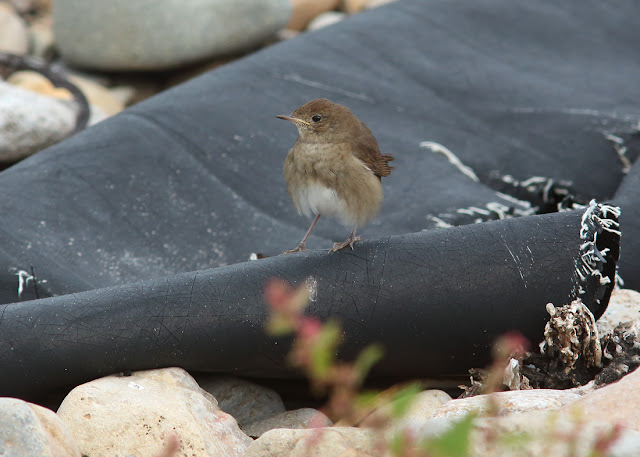