Blyth's Reed - A doddle compared to this... 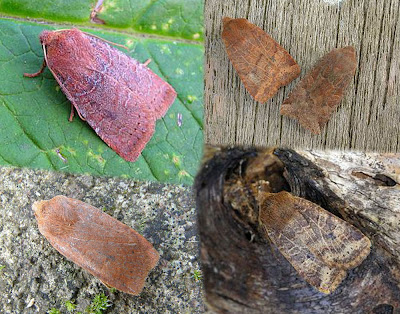 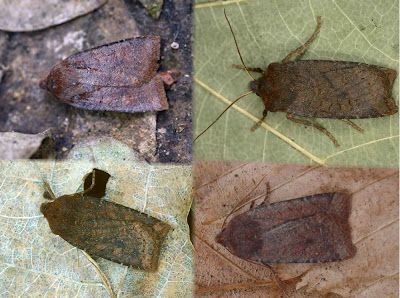 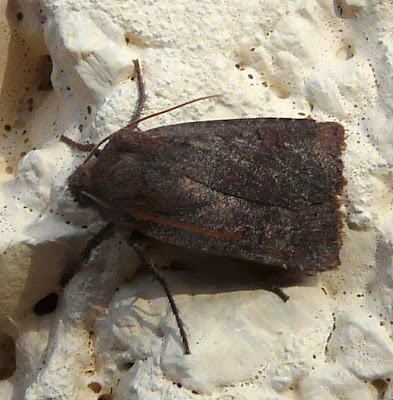 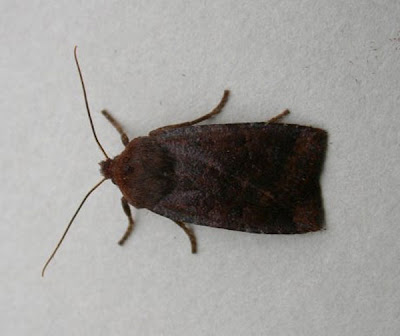 Above - Mike Hodgson's Moth. See below...

Many thanks to the lads for their help -

Mike Hodgeson - Has caught one the same at Bamburgh, above, and thought the same as me until he was shot down by an expert who said it was a Chestnut.

Tom Tams - Asks if I have kept the moth. No, not yet but I might get it tomorrow. He says they are a very difficult pair to seperate. He would go for Chestnut.

So there, take a look at the stolen images above from t'internet and see what you think. Mike's moth looks the same as mine, no doubt about that, but it doesn't have the pointed tips to the wing and they are fresher and more rounded. There are no images of Chestnut Moth that look like ours on the Google Image search.

Three good insect observers all saying the same thing must have a point surely, but I am still frustrated and in the Dark Chestnut camp...I need someone in the field to explain the differences....
Posted by Stewart at 8:01 pm

Stewart I can make absolutely zero contribution to this debate I am the equivalent of a moth heathen, they represent Nightjar Food to me. My question is what's going on with longhoughton Spar wall? Is it some kind of Moth Heaven?