Triple Dipper and the Pits... 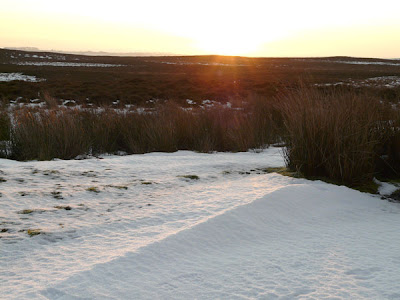 This morning I was picked up by JWR and we headed west for a change. Our first stop was to catch this sunrise on a snowy moor near Alnwick. The snow has totally gone from Boulmer but 10 miles west there is still quite a lot... 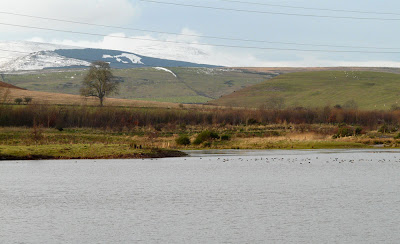 Next we visited Branton Gravel Pits, a nice scenic, quiet area in sight of the Cheviot hills. As we approached the lake a tit flock was moving through the hedge, with 6+ Long tailed, 4+ Great, 1 Coal and several Blues. A Great spotted Woodpecker flew off. 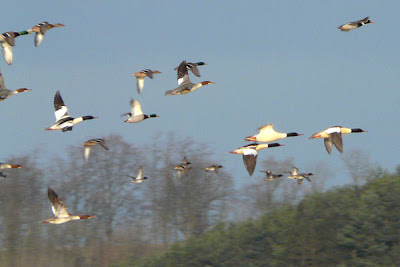 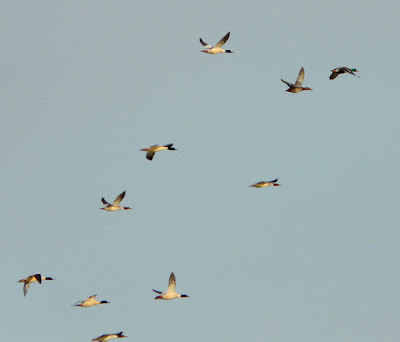 Lots of duck were on the ice free areas including 25 Goosander, 54 each Mallard and Teal ( coincidence there) and 98 Wigeon. One of the female Wigeon was a pale leucistic creamy bird, like the Blackcap from the other week. As we watched here 8 Crossbills flew over head.

The farmer on a quad flushed all of the wildfowl for a while but they soon returned.

Next, across to Hedgely Pits that were still mostly frozen. On the one ice free patch there were 95+ Tufted Duck and a single Pochard. Good numbers of Canada and Greylag Geese were flying to and fro. The grey geese had a white one in their flock. Through the scope it was clear to see that this wasn't a Snow Goose, just simply a white goose, either Greylag or Pinkfoot, too far off to tell. 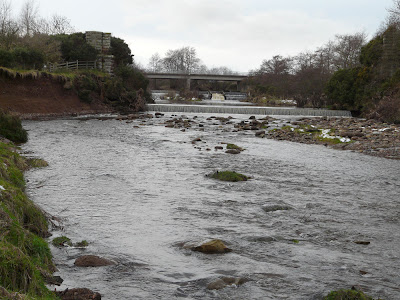 We walked along by the river here looking at the banks eroded by the autumn floods. A Green Woodpecker was seen briefly on the far side Alders before it dropped to the ground out of sight to feed. 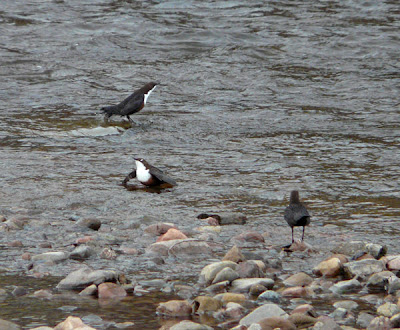 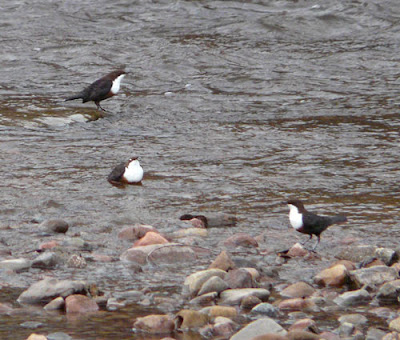 These Dippers put on a good show. The top two males were fighting over the female below and singing for territory. One male eventually flew downstream leaving the pair to feed in peace. Nice to see three together.

A good winters morning then...
Posted by Stewart at 3:39 pm

You are making me homesick Stewart, 25 goosander and 3 dippers, I'm still missing a Dipper from my year list and time is running out..

Nice shots of the Goosanders.....wonderful birds.