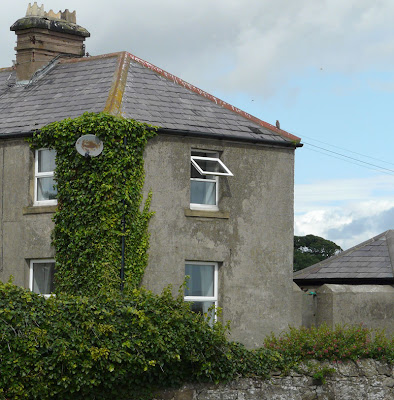 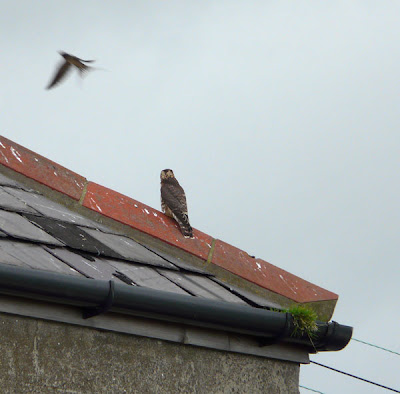 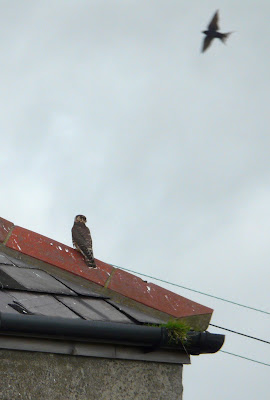 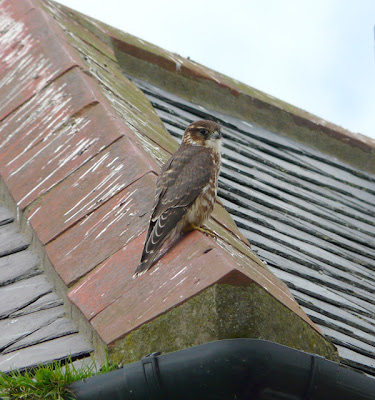 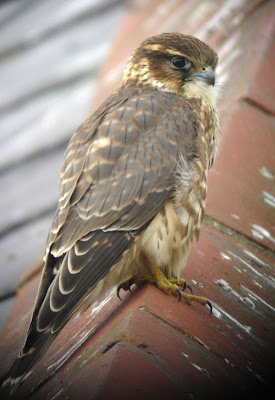 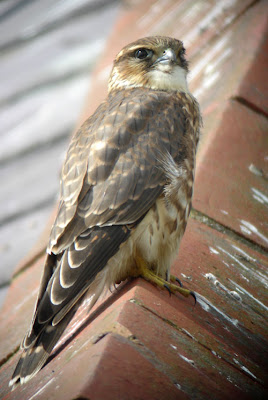 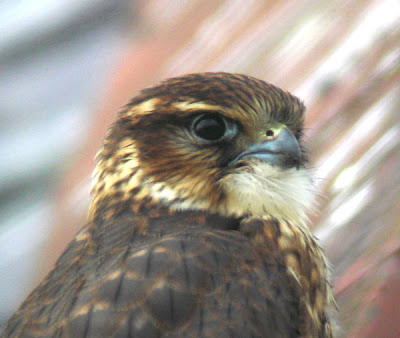 After the heavy rain yesterday today was bright and sunny with a moderate W5.

I spent the morning having a wander around Boulmer with PF checking the local sites. Generally it was a quiet morning but there certainly was a raptor feel to it. Our first were 2 Kestrels together, both with legs in tact, then came a cracking fresh immature Marsh Harrier complete with golden crown. The harrier was seen a couple of times and seemed to be loitering around, rather than just passing through. Next up we flushed a young male Sparrowhawk from the gorse.

That was to be it for Pete, but I was to add to the list on my way home. As I approached the coastguard house a little male Merlin (above) flashed over from the beach and pitched onto the roof. ( I said we'd meet again...). He posed like a star for 45 minutes before setting off to hunt again. It seemed to have an injured left eye that it kept closed.

Then SR and AH arrived. We were chatting about the Merlin when an adult Peregrine stooped in and took a bird from the shore, looking like either a Dunlin or a Starling. It flew with its prey over the house the Merlin had been perched on minutes earlier.

And raptor No6 appeared this afternoon when a Buzzard flew from the region of the RAF Base...
Posted by Stewart at 2:46 pm

Superb pics of the Merlin - it was good of it to hang around.
Hope you get to see the Black Stork which also seems to be habging around up there - possibly the same bird that floated over here at the end of last mnth and has been seen at various points up the east coast?

Not a bad morning....you must be joking for me that would be heaven....fabulous photos....just love birds of prey...get a lot here.

Top hole. I had a Merlin on Saturday too.

To get that close was just magic!!

Thanks you for the comments everyone.

Cheryl - send my regards to Nella. Watch she doesn't get too excitable...