Still not sick of them... 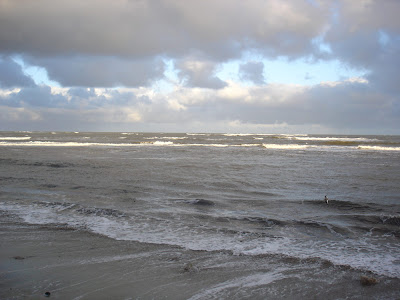 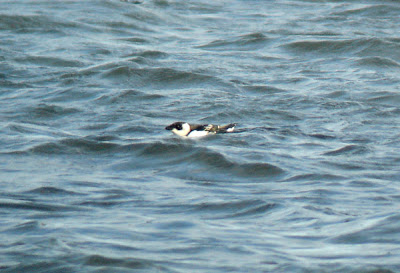 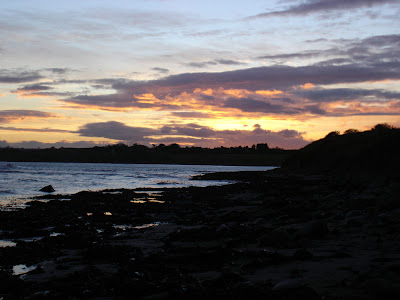 A cool day damp this morning but brighter in the afternoon. Wind a moderate NW4.

Walked Bunty up the north end of Boulmer this morning, mostly to check to see if the phalarope was still about. I didn't see it. But, I did get a year tick when a Woodcock flushed from the nettles at the far end. What with this, a Fieldfare in the cliff blackthorn and a Siskin W overhead, it looks like some birds are still on the move.

This afternoon I met up with John Steele to do some drawing at Seaton Point. We arrived at 1.30pm and stayed till almost dark. Like Sunday, my attention was distracted from the art by the Little Auks still on the go. We counted 200+ in the first 30 minutes and had over 500 by the time we left.

Shortly after our arrival we noticed a cracking immature Peregrine just over the rocks as the tide was rising. It homed in on a flock of Little Auks like a jet fighter and easily picked one out of the group. It landed on the skeer to pluck its catch but after some half hearted attempts it left its meal to the gulls and raced up to target another incoming flock. What a show as it knocked eight bells out of the little birds. It sent two cart wheeling into the drink before catching its second in 10 minutes. This one was held by the breast, legs dangling and head tipped back as the Peregrine plucked it while still on the wing. It gained height and carried on out of sight around the point.

Still watching the Auks and trying unsuccessfully to get some pics, we also had 2 Velvet Scoter and 3 Goldeneye N. 4 Purple Sandpipers were on the rapidly receding rocky islands.

As the passage dwindled, the light was going so we made our way back along the shore. To end the day, a fantastic sunset backlit a lovely party of 15 Little Auks bobbing about only 10 metres offshore like toy boats. A great end to the day.

And I almost forgot. a Red Admiral staggered (?)by along the beach heading S.