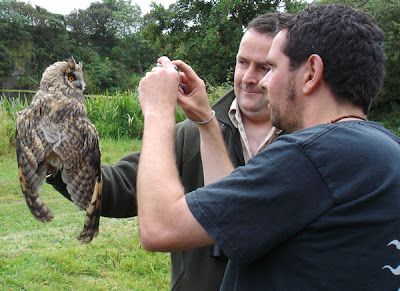 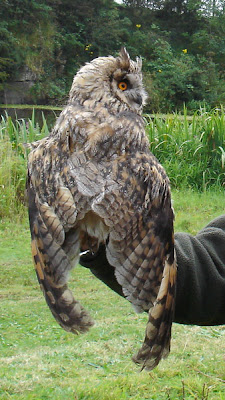 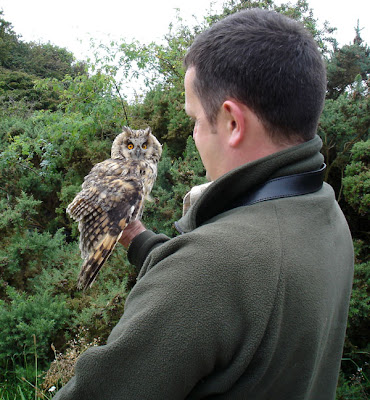 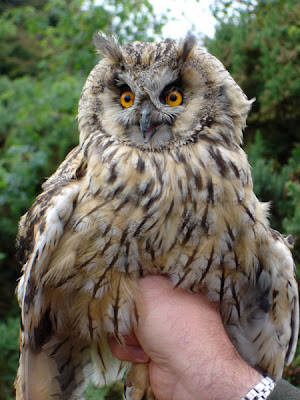 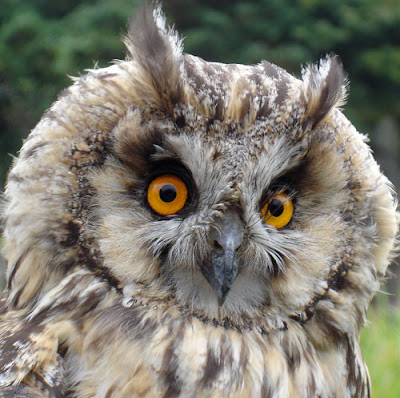 When I saw Gary's name appear on my mobile at lunchtime I thought that he must have caught or found something good at Newton. Instead of the expected Barred warbler or Wryneck maybe, I was suprised when he said that he had netted a Long eared Owl.

In the hand, this species is probably more likely when the immigrants are arriving in October or November. The one caught today by the 'Newton Stringer' was an adult and very heavily in the moult. Even its eyelashes were in 'pin'. These birds are much smaller and light weight in the hand than they appear in the field. After the paparazzi were finished it flew off strongly with an entourage of House Martins to find somewhere less disturbed to get some shut eye.

Nice one Gary, Cheers.
Posted by Stewart at 4:55 pm

Fantastic bird, would have loved to see it!

Anonymous said...
This comment has been removed by a blog administrator.
11:36 pm