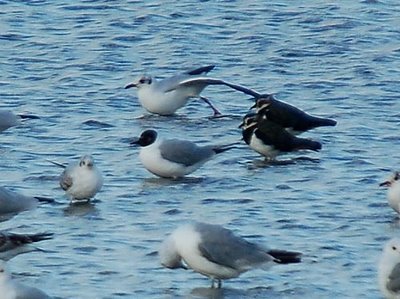 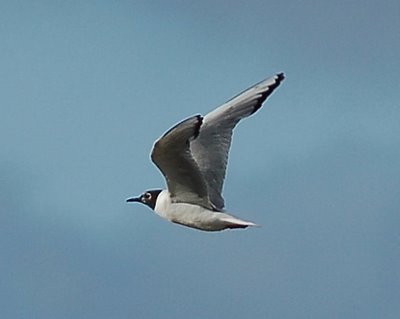 Last night ( 4th) Tim Dean called home to say that there was a Bonaparte's Gull at Chevington North Pool. Originally found by Trevor Blake at lunchtime, the bird had vanished until 4pm when Tim and friends relocated it and got the word out.

A true mega in Northumberland, this bird was sure to attract some attention. It was only the third record in the county, the last being several years ago on Cresswell Pond / Cresswell Skeer.

I arrived at Chevington just about ten minutes too late as the bird had flown south and was being looked for. I was quite sure that this was the last of it for the night and that it surely had gone to roost, but 'lucky' Les Robson and Graeme Bowman refound it on, of all places, Cresswell Skeer behind Cresswell Ices in the village. This is the exact spot where the last Northumberland Boney had spent most of its time in 1998, almost to the day.

We all dashed off in convoy from Chevington and had reasonable views of the bird out in a rock pool with a couple of hundred other larids. It was an adult in almost full breeding plumage with only a few white speckles in the black hood.It preened and roosted until the last of the light made it too difficult to pick out.

Unfortunately, it could not be relocated today. Thanks to Tim Dean for the photos above.

Also of note, a juv Spotted Redshank was at Chevington South Pool this evening.
Posted by Stewart at 9:36 pm