Sunrises and Sunsets a varied week... 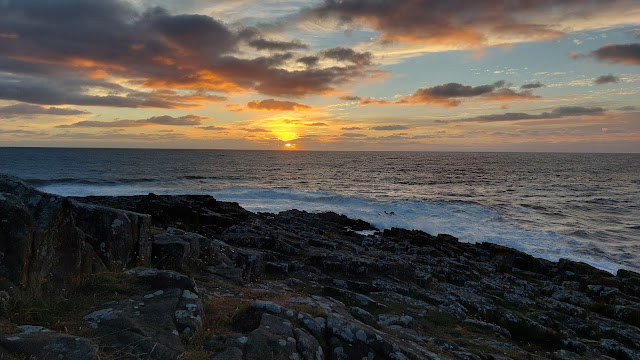 Over the last week or so as summer begins to ebb away there have been no great wildlife highlights but there has been some variety that's for sure . Please bear with me as this post might drift off a bit...
Last week there was a window of seawatching opportunity as the wind swung into the North briefly.
Manx Shearwaters were a feature with 500+ N on one day but other pickings were slim. 7 Sooty Shearwaters, a few Arctic Skuas a couple of Bonxies were to be expected but a watch on the 17th had a few oddities too with Merlin harassing Kittiwakes a mile offshore, 1 Little Gull and a Greenshank that flew N close in. The following day a juv Marsh Harrier came low overhead as I walked the dog along the coast path first thing.
On 22nd my, so far, last 2 Swifts were with hirundines over our village and the first singing Robin of autumn woke us up in the morning.
This weekend, visits to Boulmer on Sunday and Monday, early on the former, later on the latter to avoid Bank Holiday visitors was quite nice.  A single Little Stint was with 300+ Dunlin in front of the pub while a Peregrine tried its best to thin the flock out a bit.
Dan found a nice juvenile Dotterel in the wintering Golden Plover flock that seems to be hanging on a while. On Sunday we had reasonable views but distant. I went back yesterday evening for a better look when it was closer but still not quite close enough... 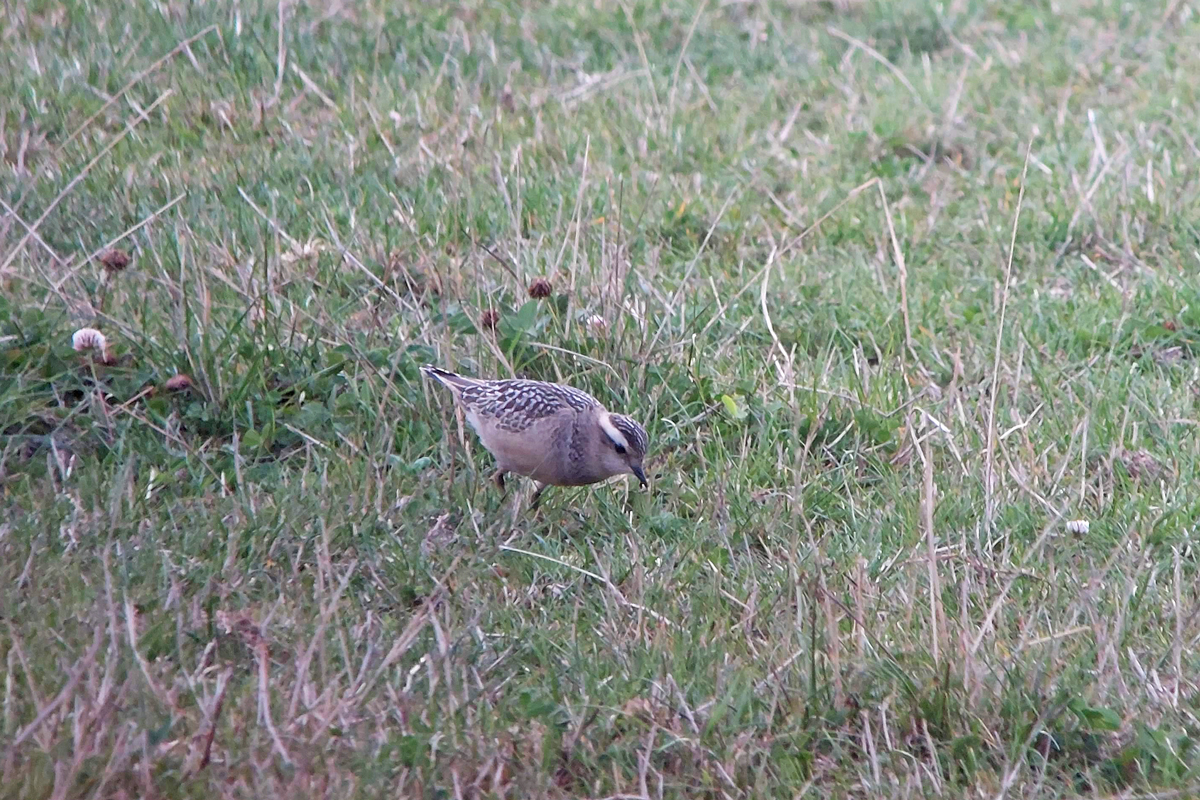 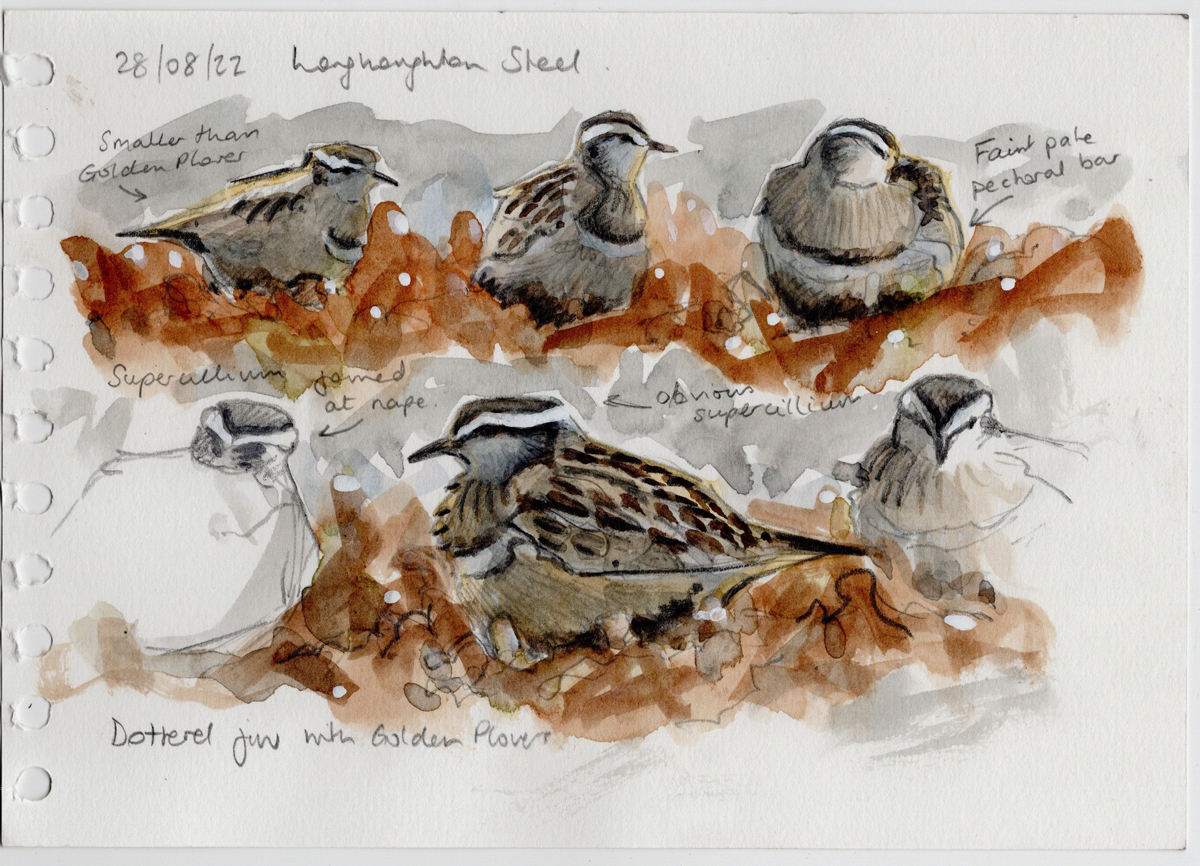 While watching the Dotterel on Sunday  we had 4 Raven, 1 Wheatear, 1 Roseate Tern, 100+ other Terns ( three species) 6 Wigeon in-off, the first of autumn, 16 Whimbrel, 100+ Curlew, 8 Arctic Skua, 1 Pintail N, 10 Teal N.
Yesterday's early evening visit was quiet though we did have 80+ Manx Shearwaters, 6+ Arctic Skuas, 1 very distant high flying Pom that dropped down on to the sea, but we couldn't nail it.
To round off, here are some Invertebrates that have kept me busy mid week -

Loved reading your blog posts. Came across them while looking for info on local birds (I'm on hols with my mum and we were wondering which birds we're seeing at the beach). Beautiful moth pictures. They're such underappreciated creatures aren't they.