Although migrants continue to trickle in, there are no big numbers. It just feels like its all to happen.

Since last week, on the patch, breeding has been confirmed in a few more common species with fledged Song Thrush, Blackbird and Mallard, while Long tailed Tit, Chaffinch, Linnet, Coot and Mute Swan are all still with nests. I'm not seeing much nestbox activity from the Tree Sparrows yet though, none in fact despite several males doing their banana posture display around the garden.

Over the weekend, around the village the first male Orange Tip put in an appearance, showing that once out of the cold wind, the sunny areas are warm enough for insect activity.

A couple of walks out with Peggy yesterday were very pleasant.  At last a few more Wheatears had arrived and even better, were viewable from our house when 3 males and 2 females adorned the back field. One looked bigger and brighter, despite the distance, looking good for a Greenland.

Overhead at the pond field, a kettle of 5 Buzzards squabbled and drifted high south while back at home another 3 were around the Heugh area. 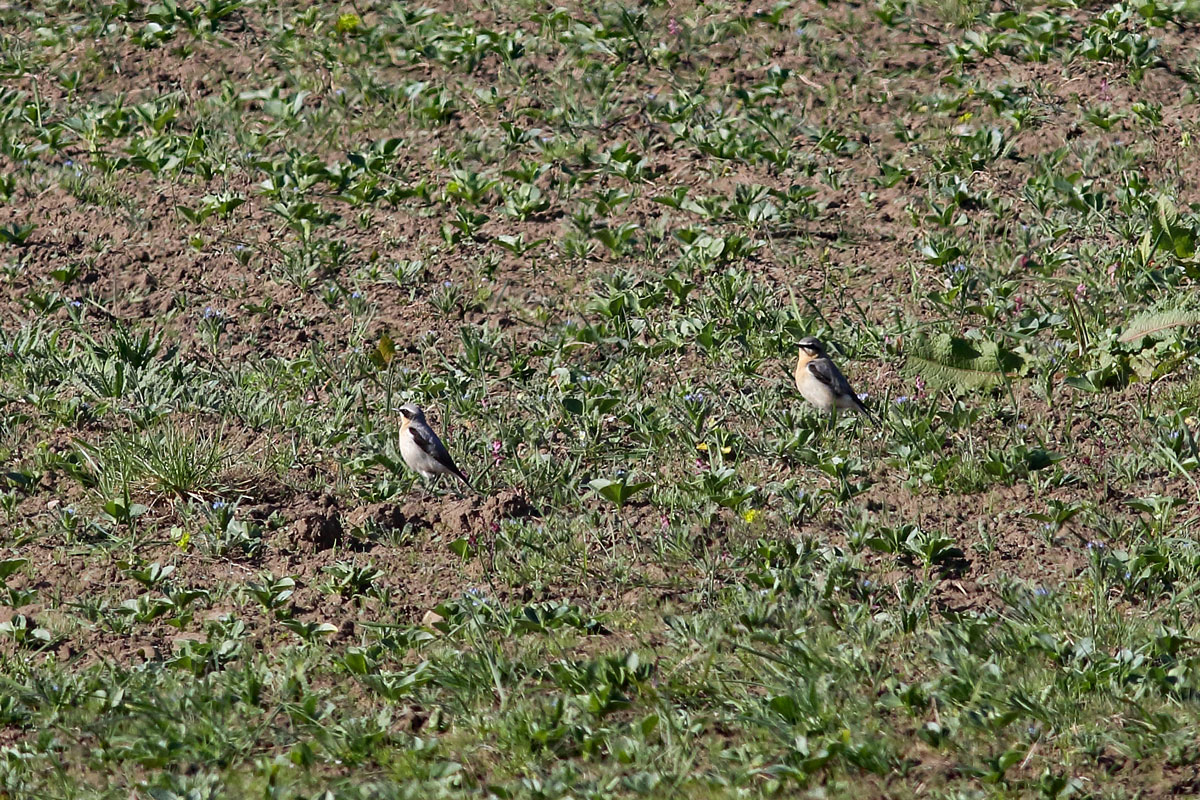 On Sunday morning it was back inland where places are much less busy. 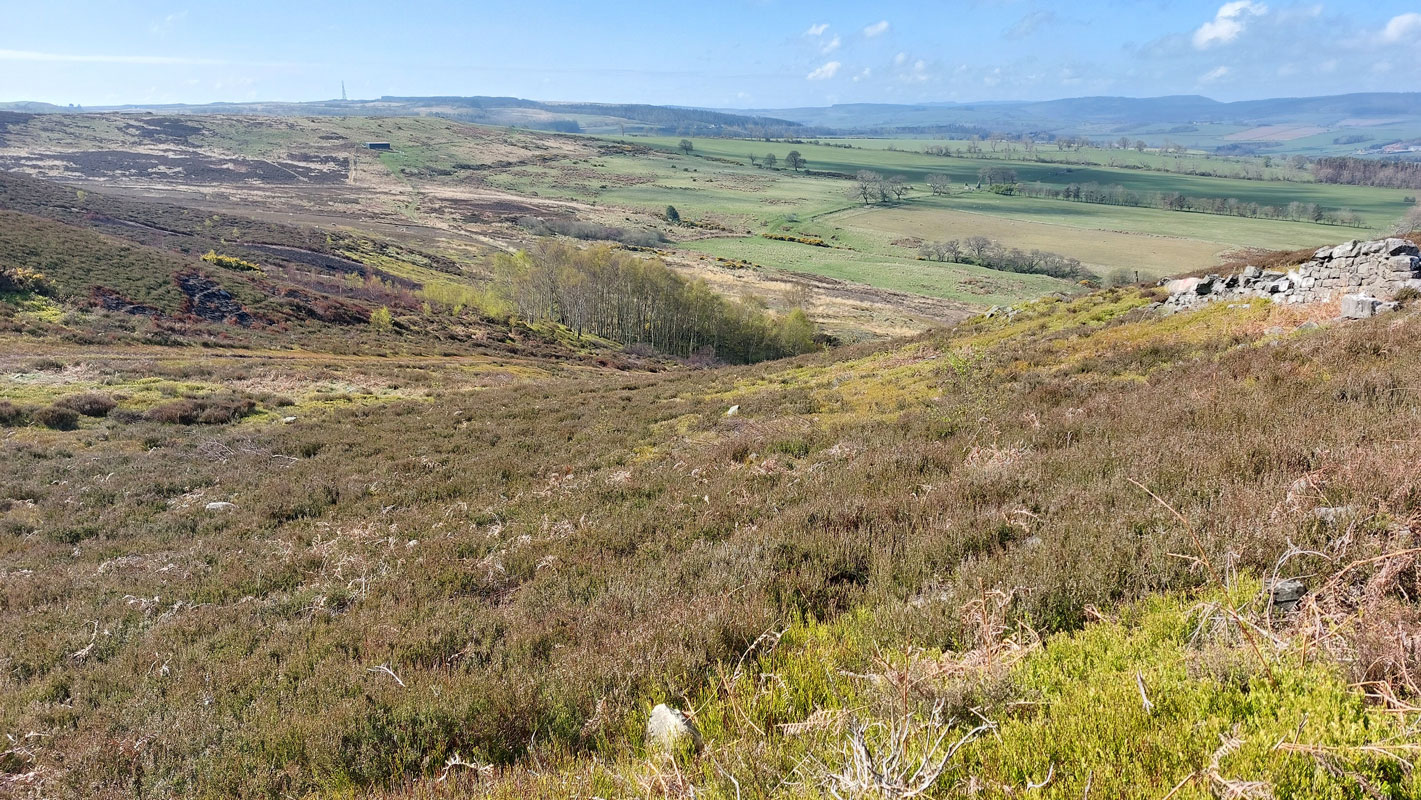 Redstarts were back in, with one singing nicely at eye level from a tree top down a bank from the road. Unfortunately by the time the camera was sought, it had gone. Others were heard singing in various spots around the place.

The moors are a riot of bird song now with Willow Warblers, Redpolls, Linnets, Curlews and Lapwings all displaying while Snipe 'tick-tocked' away in the background.


In the bottom of a, south facing, sheltered slope insects were active. Bumblebees were very evident on bilberry flowers , with White tailed, Buff tailed, Common Carder as you would expect but also Mountain Bumbler Bombus monticola and Red tailed Cuckoo Bee Bombus rupestris. Pity they are nigh impossible to photograph! The 3 monticola all made a buzz for it as soon as I raised a lens. I'll try again when the weather is more pleasant.


There were several Green Tiger Beetles on the tracks and burnt heather areas. Speaking of which, we were looking for Green Hairstreaks in this area. Some previously good spots are now lifeless and  charcoal blackened. In the image above you can see an area just left of the copse where the self set Birches are. Luckily some habitat remains and we found 4 of the little green jewels. a little way further down. A short spell luring Emperor Moths attracted 3 males. 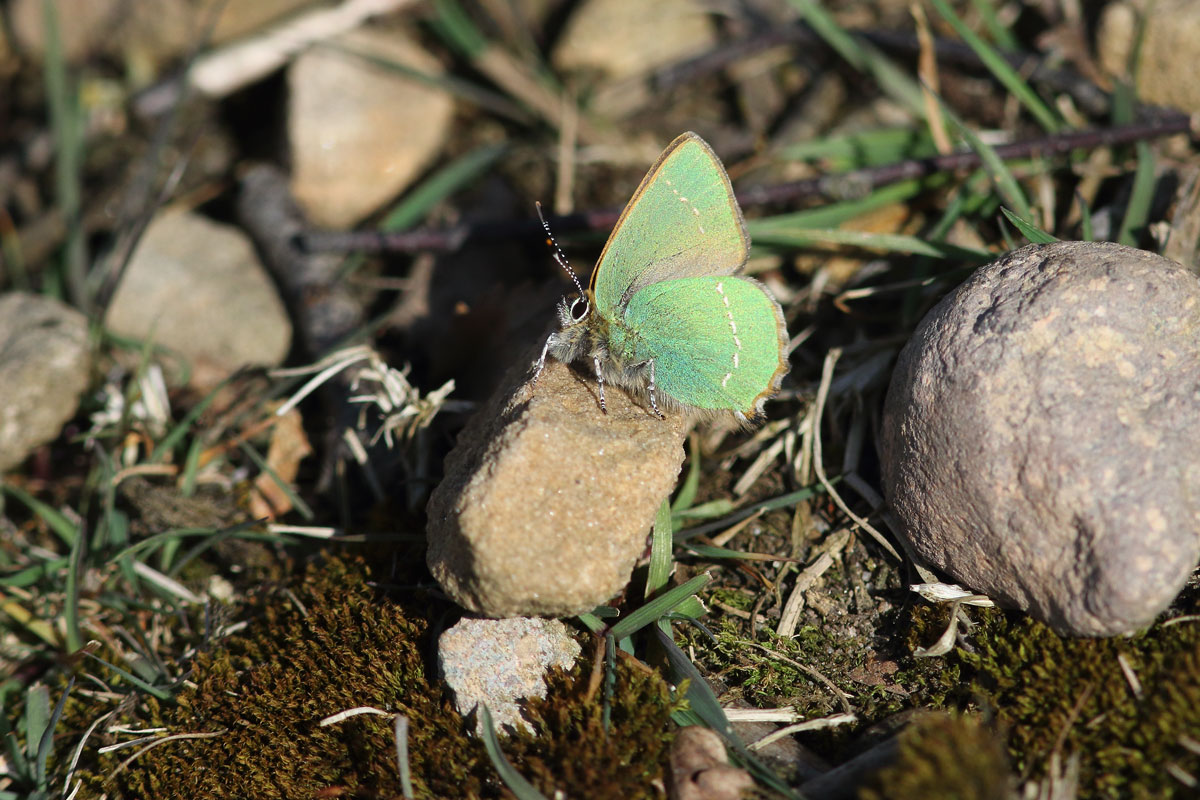 Back home in the afternoon, reports of loads (!) of white winged gulls at or passing Boulmer where up to 5 Glaucs and 2 Iceland had passed, enticed me out to Cullernose. I can see Boulmer from here, but could I see any arctic gulls? Not a sniff. Not many gulls at all, certainly no passage. Maybe the Boulmer birds were following feeding frenzies rather than moving north? My highlight from 6pm - 7pm was 1 Bonxie and 1 Red throated Diver both N.