While the rest of the country basked in a mini heatwave, up here we had our own version. 12 degrees with a light onshore breeze and a moderate haze just to make sure we didn't get carrier away and think it was summer. Monday was better as the wind had gone west making it a little bit milder.

Despite the cool, more spring migrants arrived with  2 or 3 Swallows back in the village from 1.30pm on Saturday followed by 3 nice male Wheatears on Cullernose on Sunday. To those in the south or on headlands this might seem a bit duff, but these are my first of the year and might even be the only ones of spring on my patch where it is not a common bird.

Willow Warblers and Blackcap numbers seemed to increase too but the highlight of the weekend had to be a bright, tortoiseshell patterned, summer plumaged male Brambling at the bird table yesterday. April is the best month to get one on the feeders here and it was only 2 days later than last years singing male. Being on the north east coast we don't get many winterers, sometimes we get single figure parties, but they are easiest to find in October and April as they come and go.

Anyway, here is the stunner...images through kitchen window. 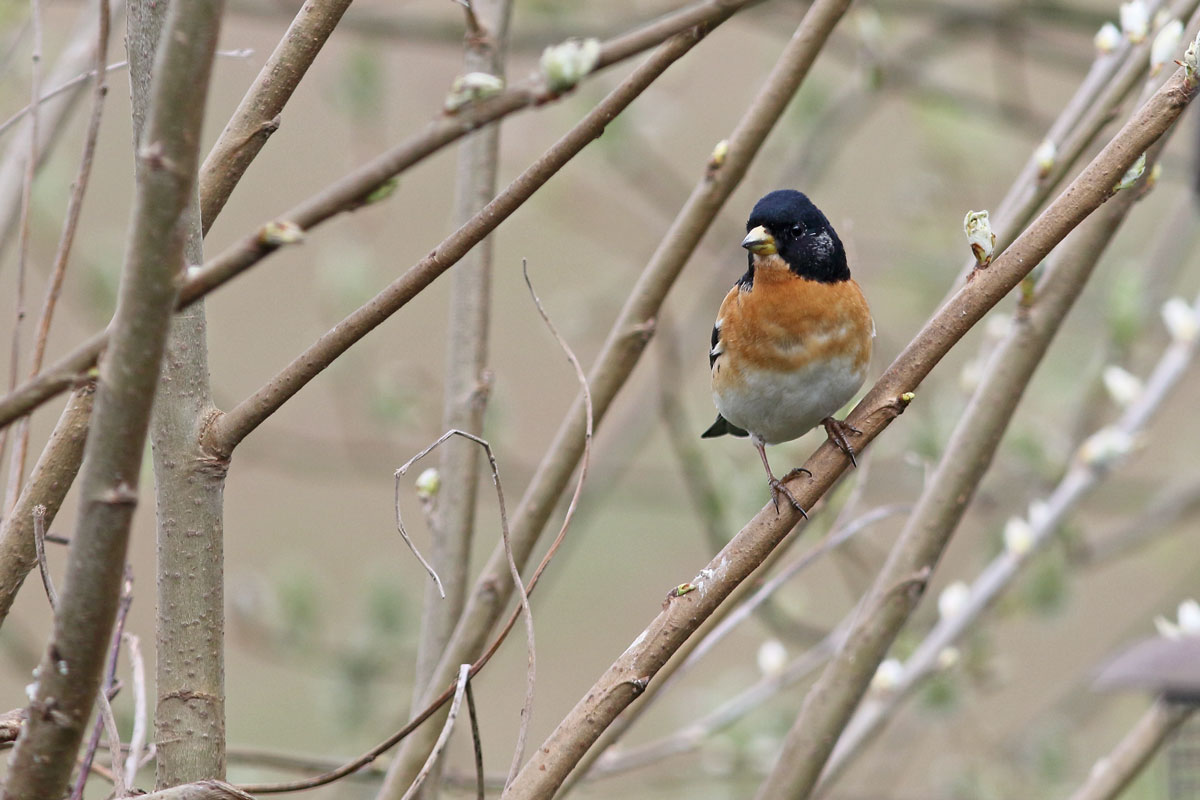 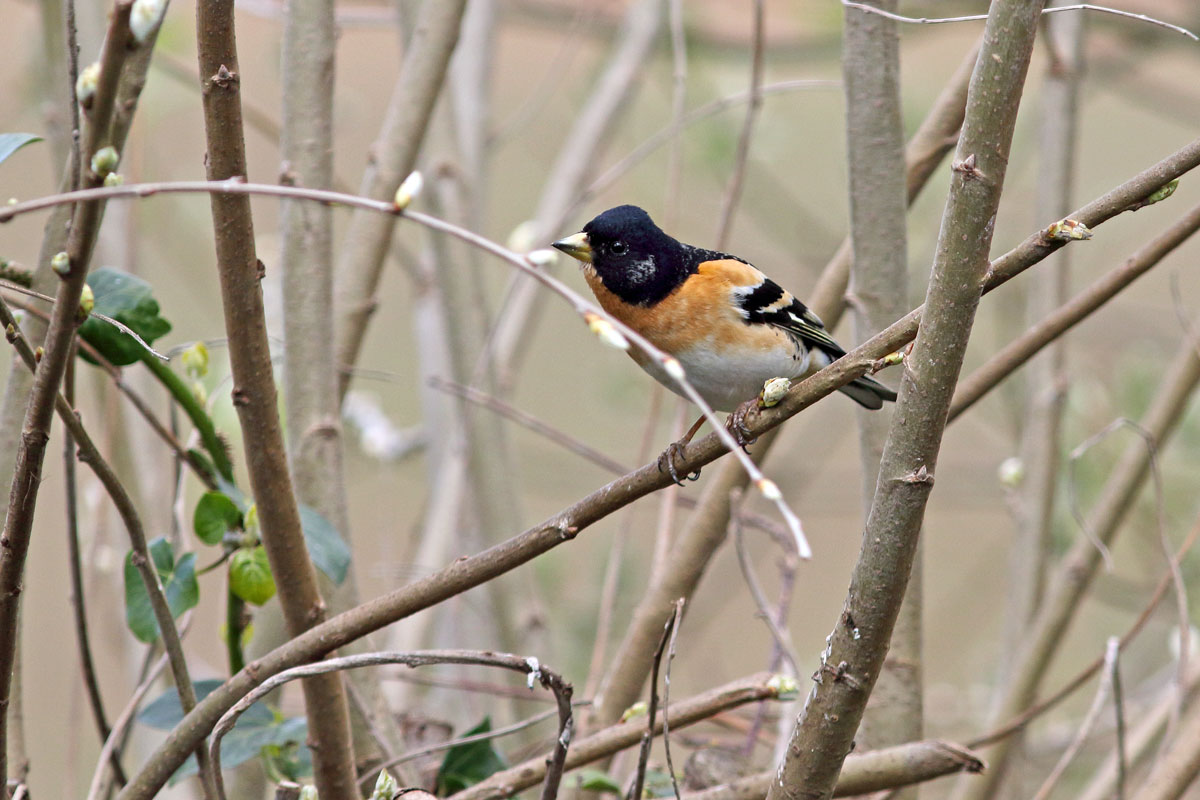 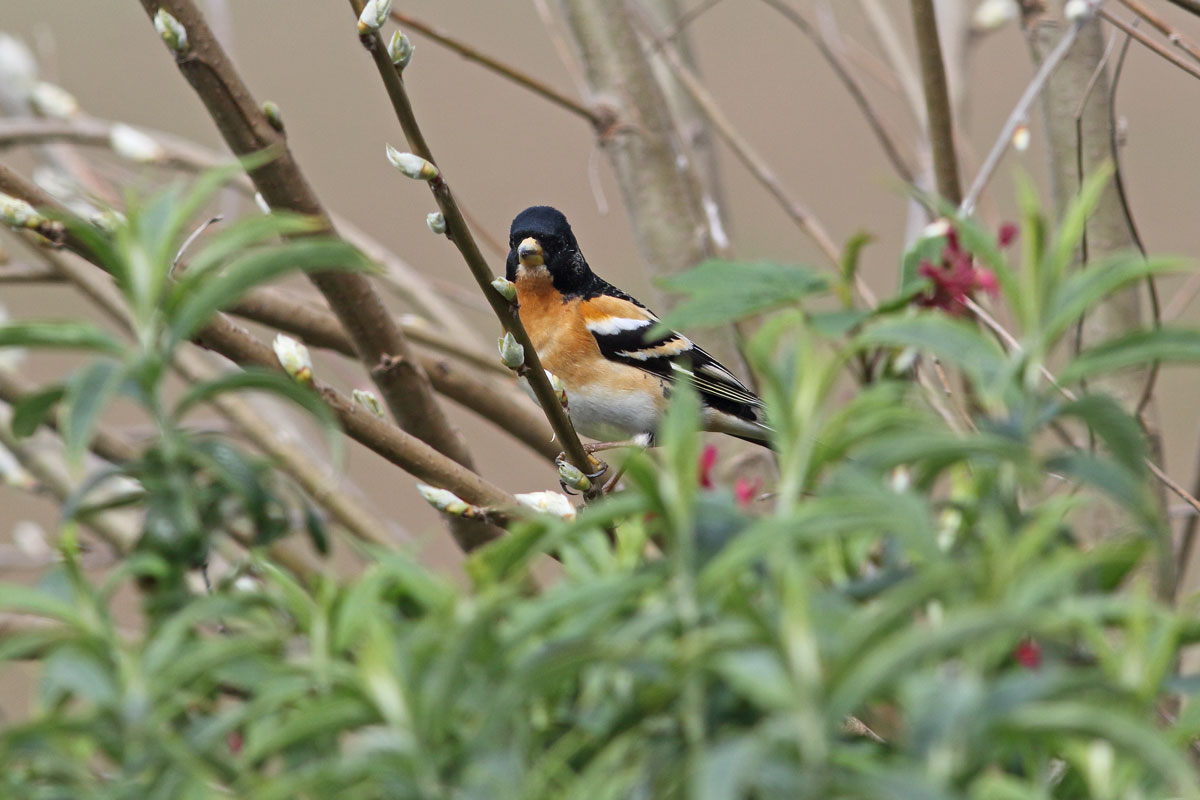 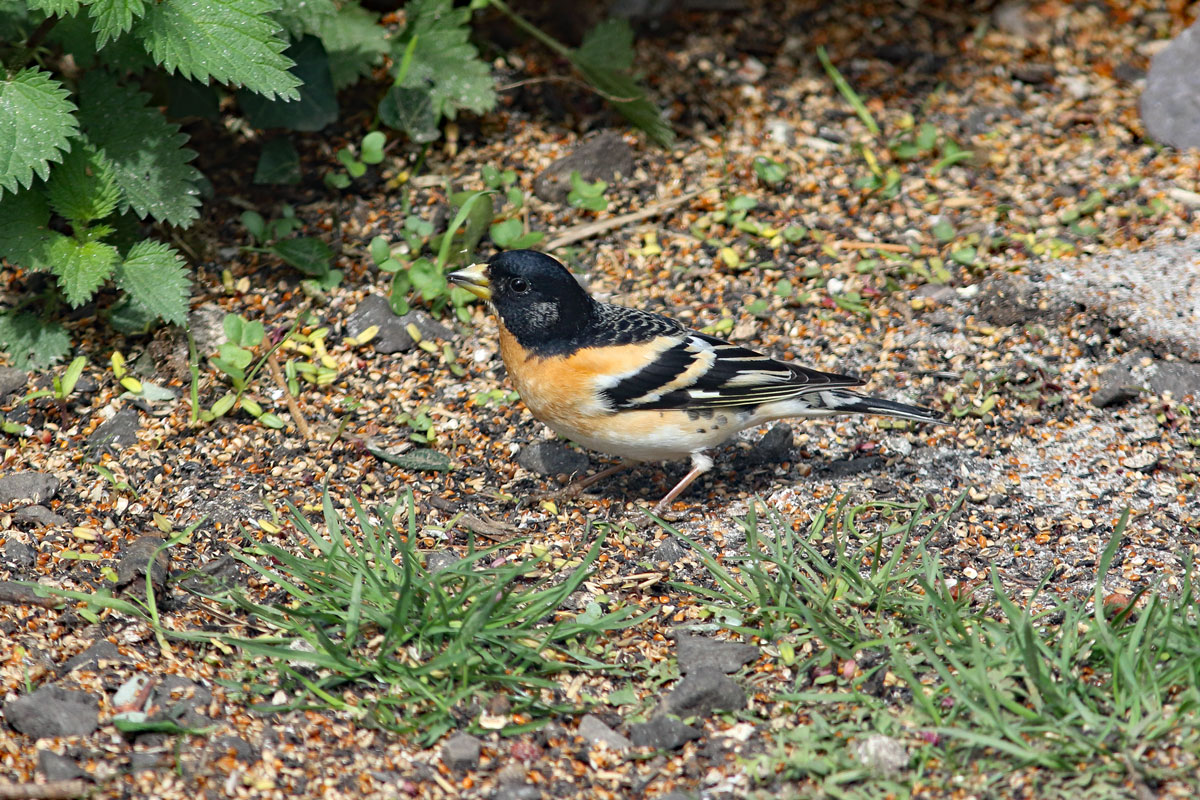