A flock of storms...

These storms are beginning to irritate now. We've had roll call of  Arwen, Barra, Corrie, Malik, Dudley, Eunice and Franklin since 26th November. I knew when we had those two weeks of  fine, calm, weather in January that we would pay for it. This last week we have had three of these storms and it looks set to be windy for the forseeable.

As a result, I haven't been too far birding and the last two Sundays have been written off due to the weather. Roll on spring!

Around the village this last 10 days or so birding has been done while dog walking with a few things into the notebook.

The back field flash still has a tiny puddle of a marsh that held 4 Snipe the other day and 6 Skylarks flew N, the first signs of viz mig this year.

On Friday I was pleased to see a Water Rail in the village burn, my first this winter. It paused briefly before scuttling off upstream at a pace. Yesterday, it had a near miss as I drove along the lane when it flew very low right infront of the car into the hedge across the road. Luckily I make a point of driving slowly here as there are always Blackbirds or Roe Deer popping out.

A large flock of 90 - 100 Chaffinches are feeding in the Rectory paddock but there are no Bramblings with them, yet. If the flock holds until April it should attract a few on return migration. Also here 9 Redwings but no Fieldfares. In the wood, Treecreepers are vocal, while Sparrowhawk and Buzzard have been seen each week.

Not much there to set the ornithological world alight, but there is always something to look at. Maybe this northerly off  'Franklin' will give the chance of a white winged gull or even better, its namesake in coming days? 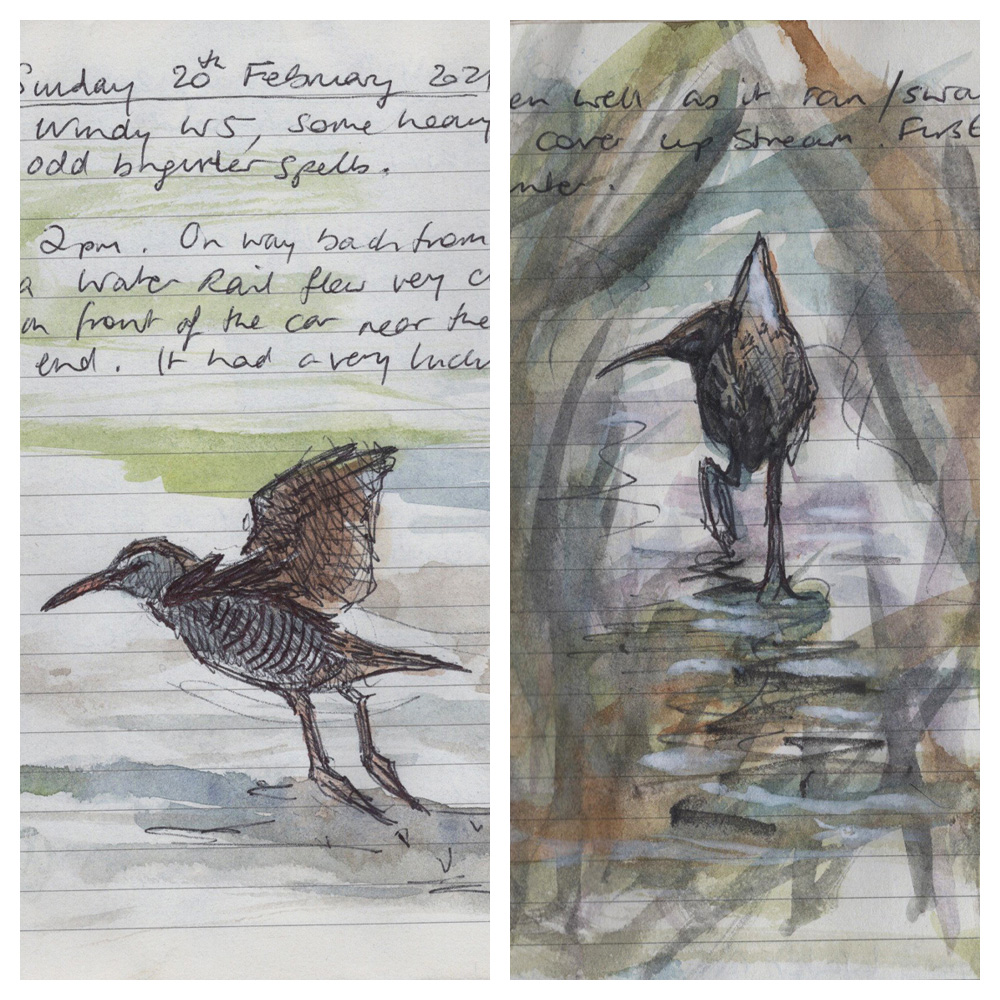