After Storm Arwen, it makes a refreshing change to see the, albeit temporary, return of the Bull's Mere in the village roadside field. This is how Boulmer got its name. Whether this is the original historic site of Bull's Mere I couldn't say, but Id like to think it was here in centuries past.

This area used to flood regularly some years ago but these farmers are expert at drainage and habitat reduction, so it has looked more like a football pitch in recent times. At one stage the Northumberland and Tyneside Bird Club approached the farmer to see if he would allow a small flash to stand. All it would take is some minor amendments to the manhole that would be done free of charge to allow excess water to drain away to prevent flooding but for some to remain longer for wildlife.

The beach at Boulmer is heavily disturbed by dog walkers etc these days, so as soon as the field floods the waders get a peaceful high tide roosting place. It has also attracted some good birds in the past, the best being a patch first Baird's Sandpiper.

Anyway, that approach was refused, only for us to find a short time later that they had granted permission for a new car park to be put there! Complaints to planning have been made.

We are now gathering any evidence through counts of birds using it to show how beneficial it is to waders etc locally. Today it held a nice little selection at high tide -

Mallard 49, Wigeon 35, Goldeneye 2, Redshank 61, Curlew 46+, Lapwing 40+, Oystercatcher 50.  While counting, a Black tailed Godwit dropped in briefly. The high tide was not very big so some birds roosted out on exposed rocks. On a bigger one, these numbers would have been much higher.

When the field has water, it only takes about a day for the birds to use it. Such a shame that this small change in land use request falls on deaf ears.. 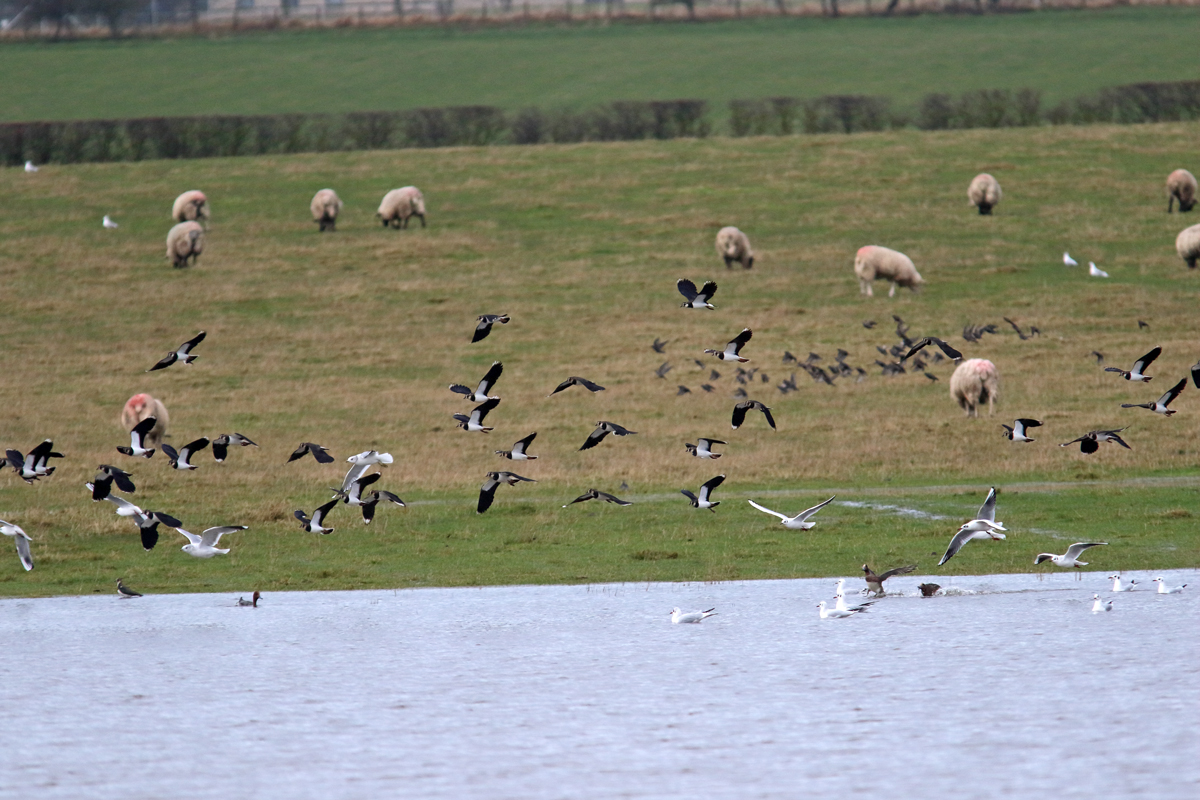 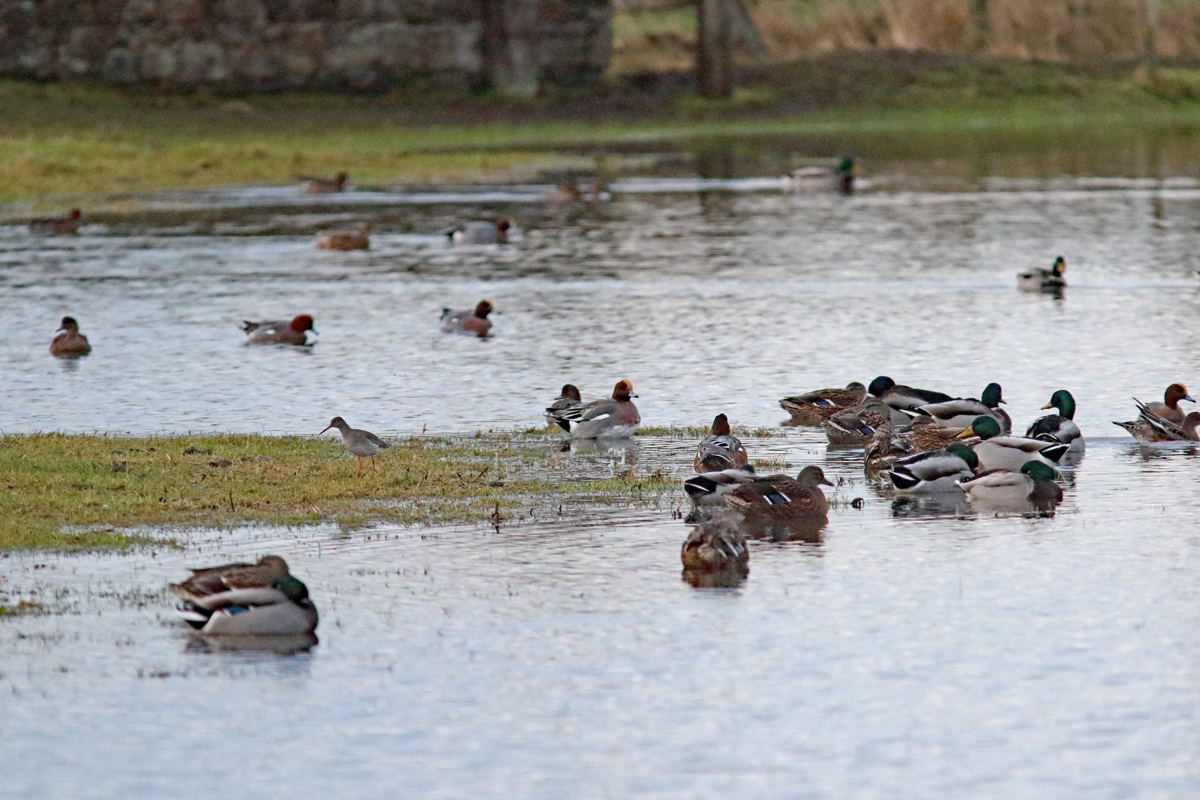 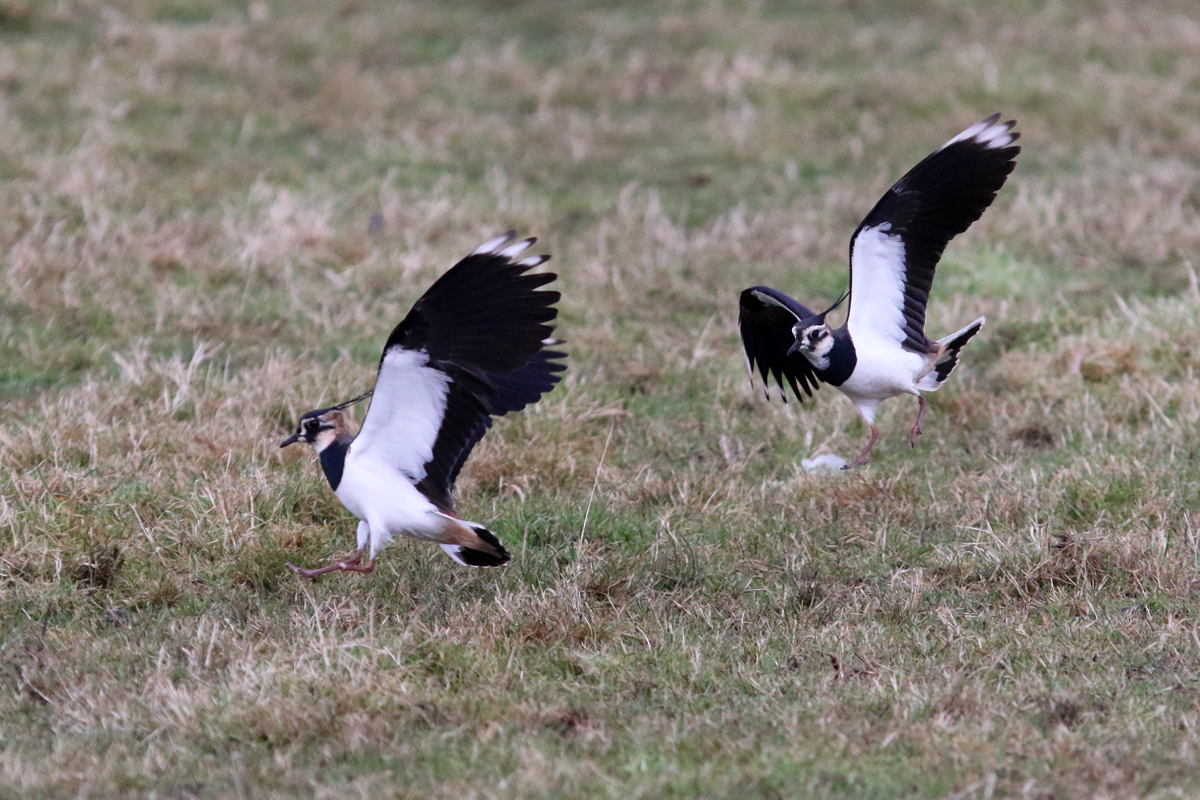 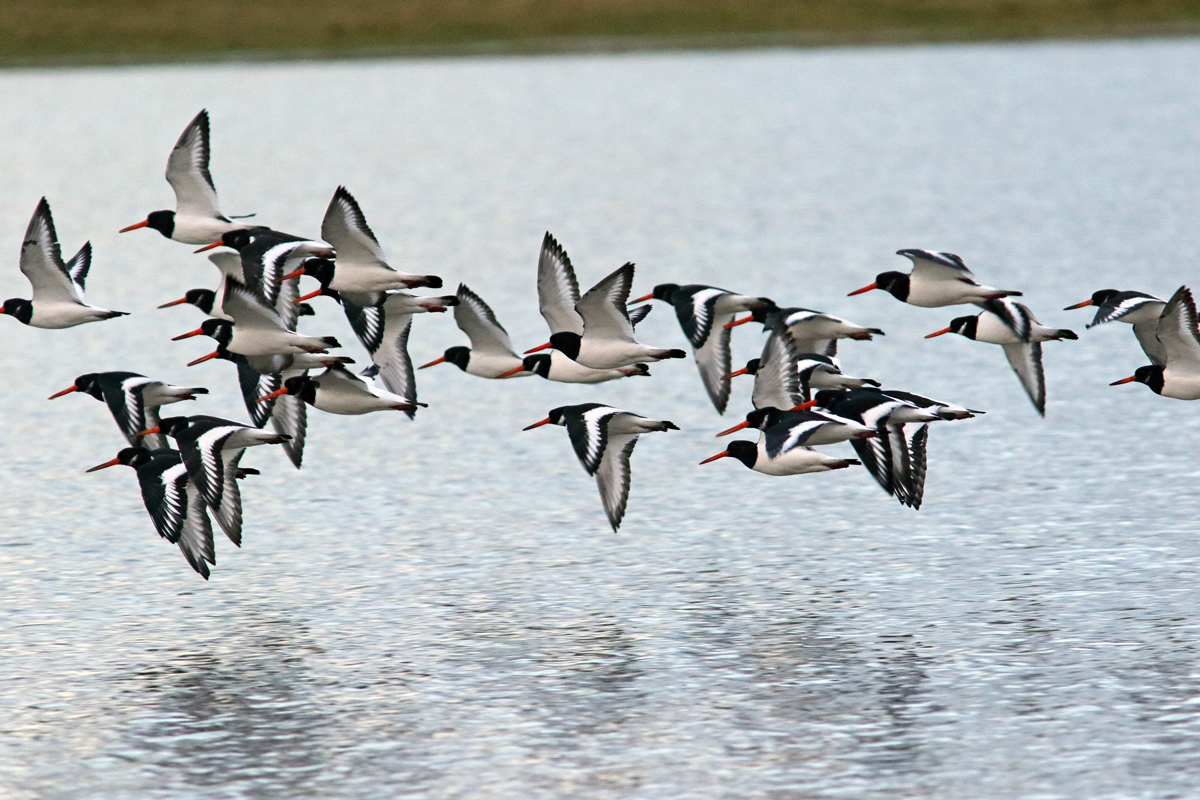 Later we walked down to Seaton Point for a scan. At sea were 38+ Red throated Divers, but even these were disturbed by 4 speeding dirigibles hammering around offshore. 3 Little Grebes were on the sea, always a novelty to see on salt water, 12+ Bar tailed Godwits, 34+ Grey Plover, 77+ Wigeon, 156+ Lapwing, 20+ Sanderling and 2 Ringed Plover. Passerines were very thin on the ground today with only 1 Gey Wagtail, 1 Rock Pipit, 2 Greenfinches of note.
6+ Bottle nosed Dolphins were hanging around off the village until the water racers arrived...
Posted by Stewart at 10:35 am