This is going off on a tangent with no current news here but I have been contemplating, as you do at the back end of the year, about next years patch projects. So far, I haven't come up with anything, but I was out with the dog the other day along our lane and it got me thinking.

Lots of people I follow on blogs and social media watch a local patch in some way or other. Some diligently, others more casually, but within your patch do you have small micro patches that draws you in more often than other areas? I'd imagine we all do.

Here, on my doorstep the village entrance is via a straight lane that stretches for 279 mtrs, according to Google Maps.


As you can see its not East Bank, Hoddy Cows, or the Narrow Neck. Just an absolutely random bit of road that can be found duplicated right around the country. In its favour it is located 3 fields away from the North Sea, but its not on a headland or anything.

Habitat wise, its a tarmac, one vehicle wide, road and path with a low yield corn crop, this means there are some weedy seedy remnants in the stubble after harvest, on the East side and on the West is Village Wood, part of the estate with scrub and weedy areas. The whole length of the East edge has a deep ditch along it and a wide overgrown field margin, enjoyed by Barn Owls and Yellowhammers alike.

On the West, the ditch starts half way along and runs to the south end where they go under the main road.

I walk and drive this stretch almost everyday at some point, often several times when out with Peggy on her walks. Times of day and weather conditions vary but its flat and dry underfoot and always worth a stroll . Summer evenings at 11pm or fine early mornings are great but dark winter days with rain are also covered without bias. 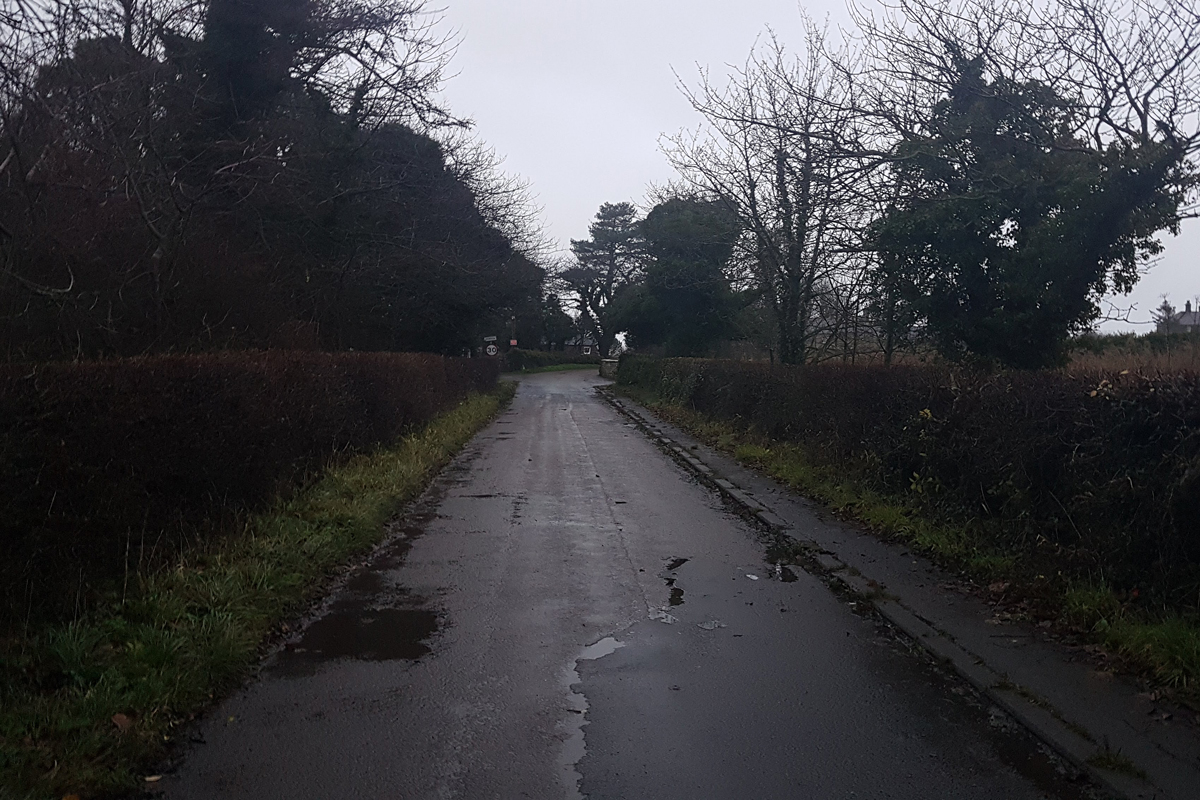 No birder would ever visit. Its not a destination spot but for a local walk it is a route to other sites further south. The thing is, I have gone over my patch list to see what I have seen on this road over the last decade and it is quite surprising. In no particular order -

Water Rail almost annually in the ditches during winter. Easier to see in hard weather.

Little Egret 1 amazing record of a bird sat in the ditch then on top of the dead roadside tree.

Kingfisher a few records fishing over the ditches in winter.

Brambling, several times in with other finches in stubble and drinking from the ditch.

Mealy Redpoll a small flock one January included one very white bird feeding in alders on the west side.

Grasshopper Warbler, once in the ditch reeling and seen down to 10 feet.

Raven a few records, in the harsh winter of 2010 a pair roosted in the wood on the west side.

Tree Sparrow. Daily all year round.

Waxwing, rare one sighting of 3 eating rosehips on the west side.

Short eared Owl 1 in off, once.

Barn Owl regular along both sides in winter.

Osprey 1 a couple of years ago flew low right down the length of the road at tree top height.

This is not an exhaustive list, because I don't have one, but it shows how interest can be found in the most mundane spots by carrying out regular observation.   Quite a reward for watching a short stretch of road, I wonder what could be next?. 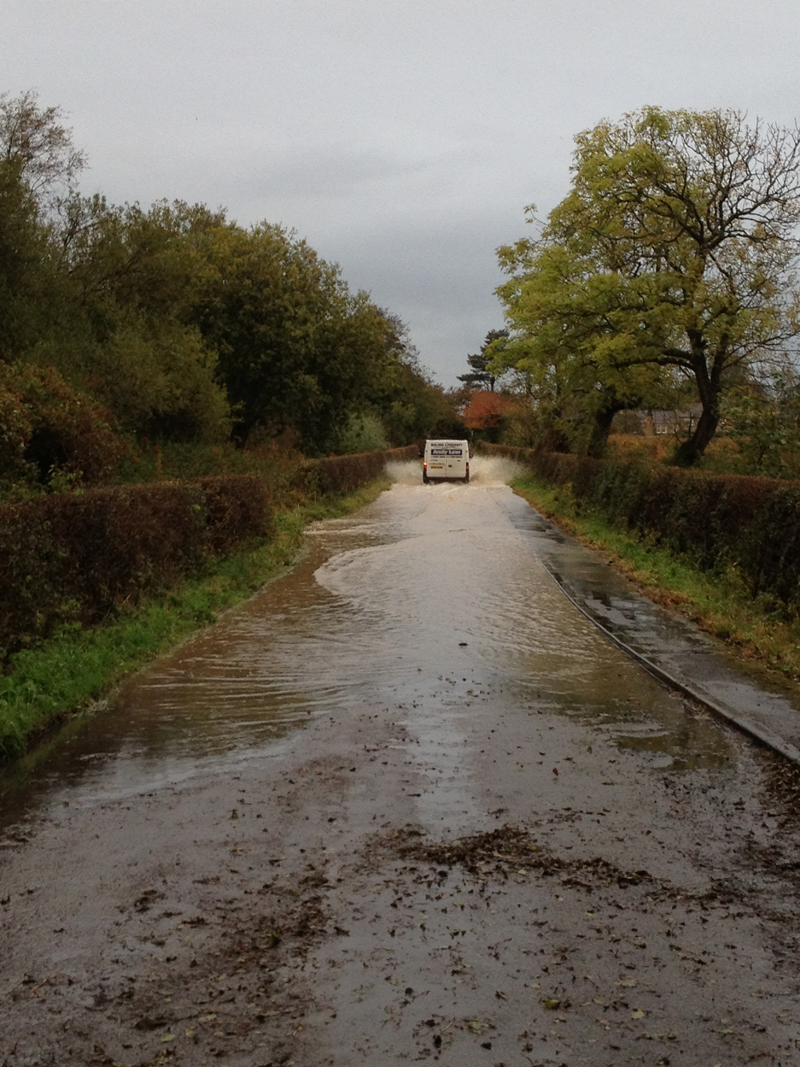 I wish there was a facility to 'like' blog posts, because I really liked this one Stew. Something very appealing about photos of the same place in different seasons/weather/moods. 😊👍

Cheers Gav, I realised I had no photos of the lane in mid summer. I might try and get a shot each month next year...

Many's the time I've travelled that lane in the bus when I was a lad on my way to my grandparents at Embleton. Nothing's changed except the Co-op is now posh houses!

Like Gavin said, I too wish there was a facility to 'like' blogs Stewart, as I really enjoyed that. It's funny how something as simple as a lane can be so interesting. There's a lane in south Cumbria, very close to the M6 that I often walk if I'm returning from a site visit in Cumbria. It's called the Old Scotch Road, and it's an old droving road that cattle were brought from Scotland to Cumbria along. Apparently a few hundred years ago it wasn't uncommon to see men in full Highland regalia walking along this lane with their cattle. It's this link with the past that fascinates me about this lane as well as the wide, botanically diverse verges with lots of inverts!
Cheers, Seumus

Cheers Seamus, these small overlooked places will be dotted around most areas I'm sure. Its just a shame that there arent more of them and larger!