Another day, another PC...

My last PC, that blew its electrics after a power cut in January, was almost 9 years old, so it had a decent innings. To be totally honest, the incident was a bit helpful as it was an aging Windows 7 PC that became obsolete last January, so it was time to renew it anyway. My household insurance paid out about 60% of the total final cost after renewal and paying an I.T guru to save my hard drive etc, so it could have been worse.

Now, I have a fast Windows 10 machine that should be future proofed enough to last as long as its predecessor. It might take me a while to get used to the new workings of W10 but that is just the norm with new technology I suppose.

Right, where was I? Since my last proper post we have endured a mini Beast from the East and a nice mild sunny spell to off set it, making us believe spring was really here. Remember Winter II will be waiting in the wings, ready to pounce just as we start mowing the lawn again.

Over these last weeks of Lockdown I have continued to enjoy getting my wildlife fix from the local patch, staying within not much more than a mile radius of home other than to go for some shopping or essentials. During 2021 I have not been birding anywhere outside of my village other than single walks each down to Boulmer and up to Craster.

I have largely succeeded in following Government regulations, but last week my will power was pushed a bit when a county first, a  dapper drake Bufflehead, spent an afternoon on Cresswell Pond only 20 miles south of me. For the first time, the following morning  I was genuinely relieved with news that it had gone for good.

Staying within almost sight and sound of my house has not been the martyrdom that you might think. There has been a lot of interest ranging from hundreds of thrushes heading to the snow free coast, daily sightings of Barn Owls and even a prolonged stay by probably two Humpback Whales. Not many people can say they've walked along the lane to see one of those... You might think that should be anyone's absolute highlight, and you would be right, it was a lifer for me, but the best thing comes with a bit more swagger even than a 40 foot long cetacean.

The resident Hooded Crow I have posted about on here a few times has now made a move actually into our village, to become a fully bonafide garden bird. One morning it made an attempt to join the dawn chorus, waking me up until some food was put out for it. Since that day, I feed it across the road in the Rectory Paddock each morning on what ever comes to hand. So far it has enjoyed Pancakes, Flat bread, Duck Eggs, Fat Balls, Tortillas and standard bread crusts. Some are eaten on the spot, some hidden in grass tussocks for later. I'd like to see it pair with a local Carrion Crow. Now that it is practically domesticated, it will leave a gaping hole when it does decide to move on...

Here are a few photos to be going on with... 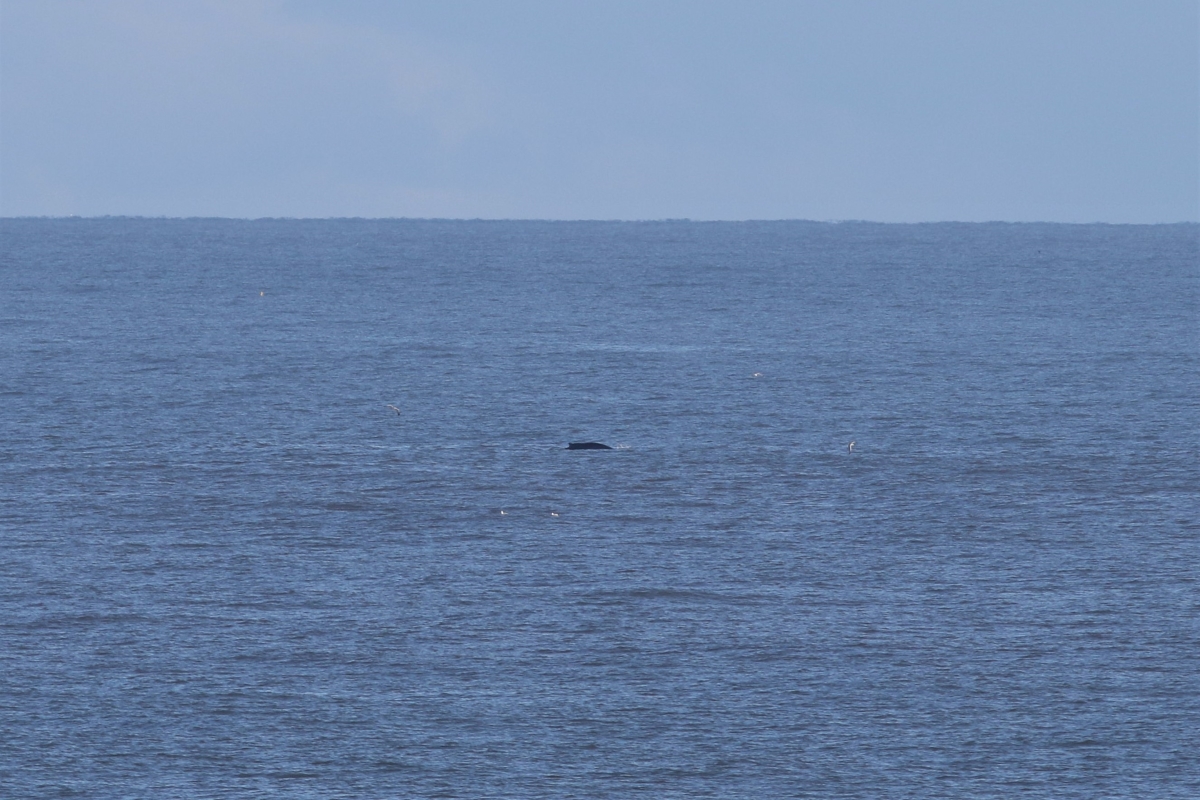 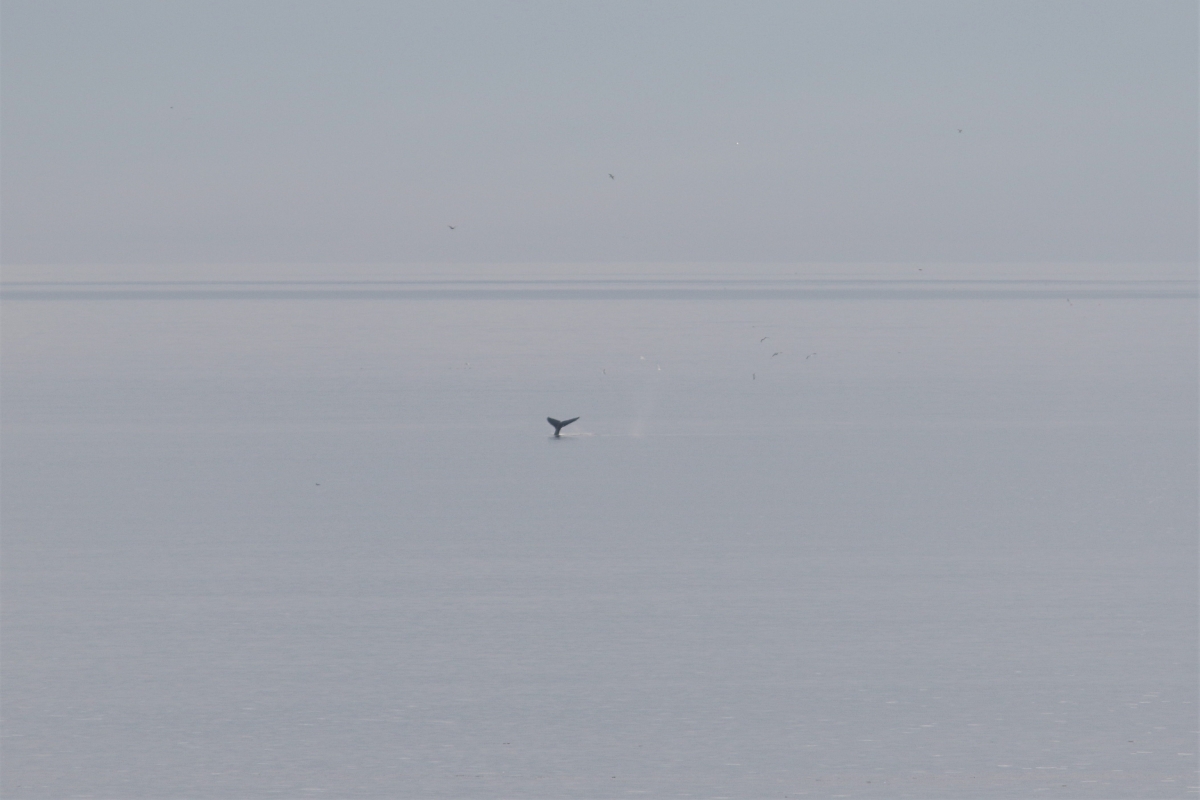 4pm UPDATE - There is a dead Humpback Whale in the sea offshore about 2 miles north of us now. Initial thoughts are that it may be due to entanglement. I'm totally gutted. This sea is just too crowded for these animals. I hope I never see another off here.

I do (just about) remember a time when I was quite captivated by Hoodies, but when you see them every single day... Now, throw me a Humpback Whale...! Man, I was loving this post right up until I read your 4pm update. That's just so damned awful, we had a dolphin entangled in the bay here last month. It too succumbed thanks to man's carelessly lost rubbish. When I was staying in NZ they'd just come up with a device that went down with the lobster pots and, with the push of a remote control, released a balloon which floated the whole rig to the surface - completely dispensing with the 100s of feet of line tethering it to a buoy. Whale bycatch dropped to nothing overnight, amazing and the fishermen liked it too. Win win situation, but the British fishing industry really does need to pull it's socks up if we're to avoid the utterly meaningless deaths of these magnificent creatures. Makes me wanna cry sometimes.

Gkad you're back. What an opportunity to see Humpback virtually on your doorstep; but yes, I suspect a lot of whales that end up in the North Sea are doomed. What's happening with the carcass (apart from Gary looking out for another pair of Ivory Gulls!).

Seth - Yes its a right old pisser. Maybe the fishing industry is doomed anyway so they might not need to change anything...
Hoodies still rare here, maybe as common as Barred Warbler?

Mark - Cheers. To my knowledge the body was still drifting at sea yesterday so I dont know what is happening to it. A bittersweet patch record for sure...

It seems to be tethered in the same fixed position off Dunstanburgh for the last 24 hours, definitely entangled in lobster gear.