With the clocks changing last night I met John at Boulmer as the sun rose shortly before 7am. It was cold and annoyingly breezy, still it was bright and fair.
We covered most of the headland before lunch doing the Seaton Point south end first via the road and then up to Longhoughton Steel after breakfast at the car park.
With the wind in the south, it was as quiet as autumn can be. Birders forget in the aftermath of a rush of good birds that our birding is solely based upon the vagaries of the weather. Had this autumn been southerly since August the story would have been very different indeed. We are in for a long 'hangover' from what has been a great season locally.
The female type Black Redstart was seen twice but was very elusive, giving only a short glimpse then off over the roof tops. The village front sea defences are a reliable spot for them in both migration seasons with one wintering last year. I wonder if this is that bird returning?


As we walked the road south a few Crossbills were on the move with 4, 3 and 7 all south, along with 5 Redpolls, 5 Siskins and about 20 Skylarks. A Willow Tit called from roadside scrub.
Along at Seaton Point we scanned the ploughed field hoping that the Desert Wheatear might have just been overlooked but there was no sign. We had 63+ Curlew, 41+ Lapwing, 200+ Golden Plover 3 Grey Heron and 2 Mistle Thrush.
Down on the shore were 50+ Dunlin, 44+ Sanderling, 12+ Ringed Plover, 7 Bar tailed Godwits, 3 Grey Plover and 2 Purple Sandpipers while along at Longhoughton Steel there was no sign of the Snow Bunting seen earlier by Ben, probably due to the dog walking masses being out. A very tame juvenile Dark bellied Brent Goose was nice on the rock edge grazing on seaweed.
A couple of Grey Partridge and a ridiculous Speckled Wood a mile from any trees were the only thing of note on the way back.
The sea had a few Gannets and Auks moving north but little else. Hopefully there will be a change in the weather early in November for a final flurry of migration action. We are always greedy for more! 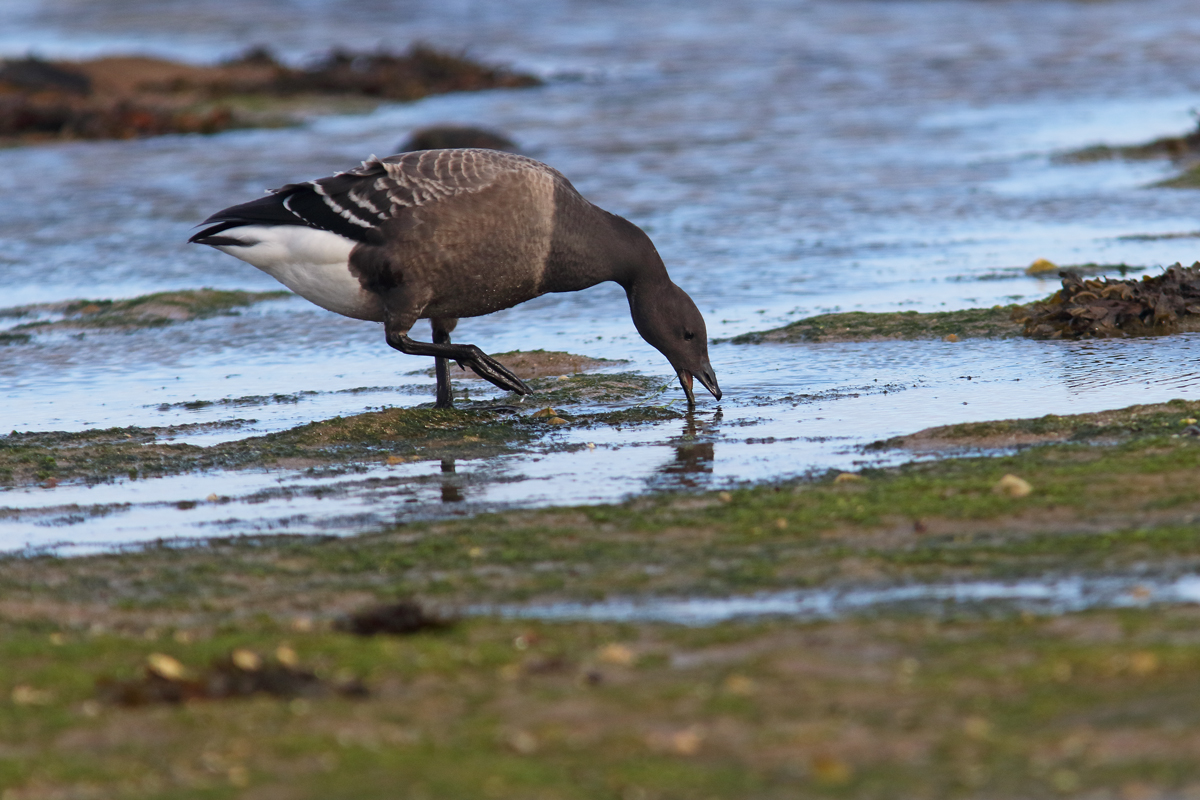 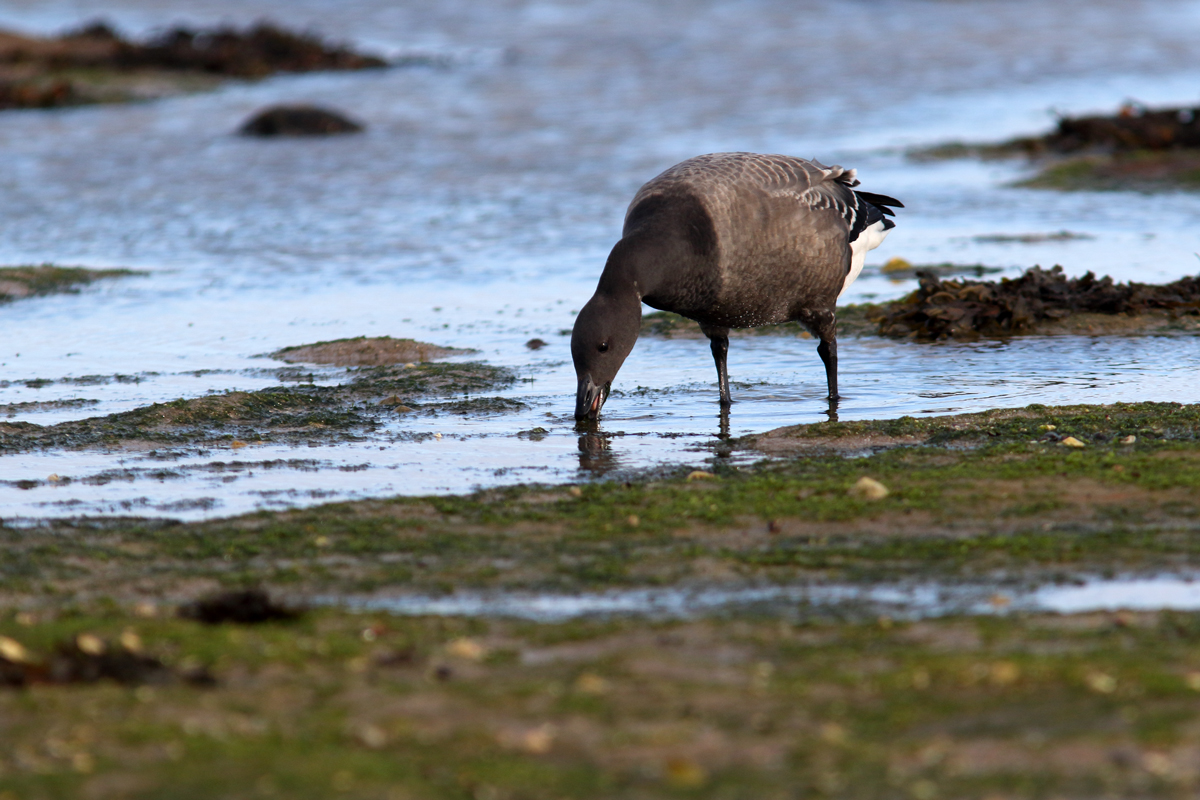 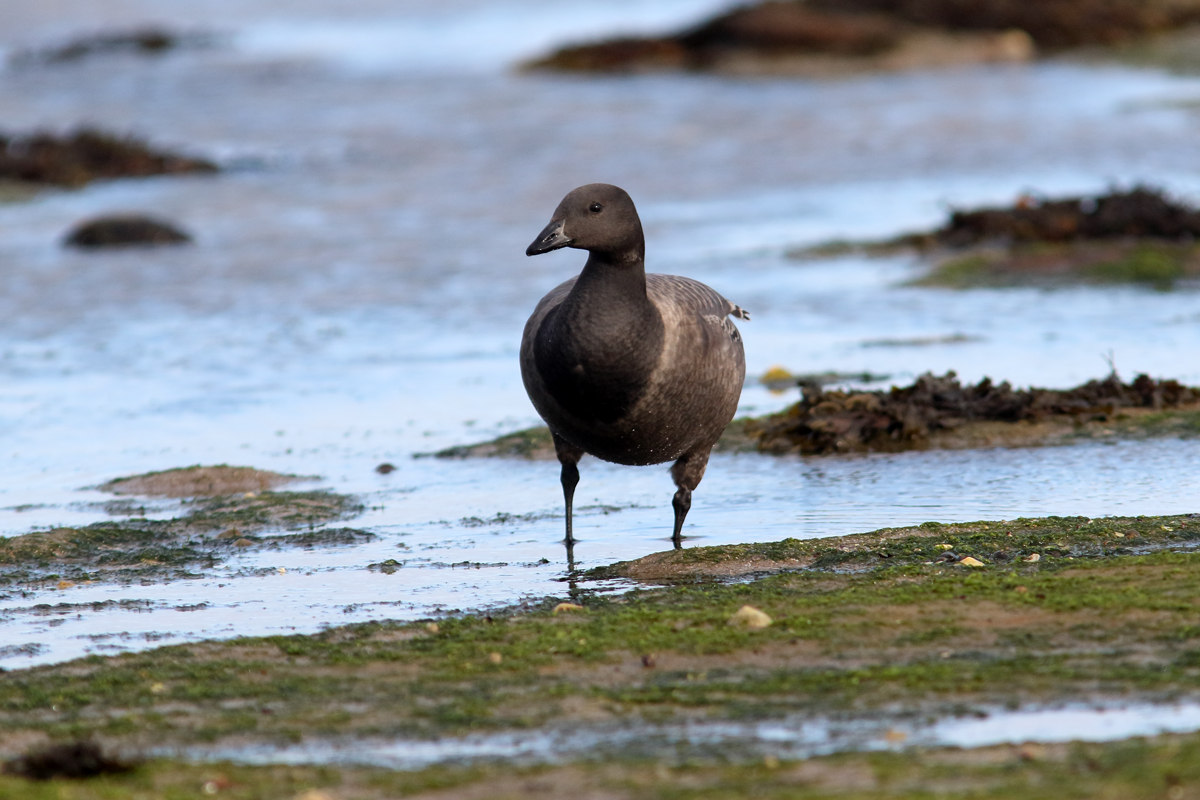