Since the COVID lockdown has been slackened, there is a definite change in vibe across the social media platforms when it comes to birding attitudes.

The new order seems to be low carbon all the way, and God forbid you should stray across the line.

It reminds me of the early eighties when Richard Millington's book, A Twitchers Diary' was published. At that time, twitching was frowned upon by the more 'serious' birder as being frivolous and of little scientific value. The RSPB magazine even censored pictures of the book cover by blackening out the title as if it was a photo on the cover of a seedy top shelf magazine ( ask your older mates).

Now the twitcher bashing has started again though for a very different reason. Those who don the hair shirt of local patch birding, while off setting their carbon footprint, look down upon those mile munchers who dash off at the wink of an albatross, seeing them as planet destroyers of no less stature than Thanos himself ! Apparently these 'dinosaurs' have had their day...

Where am I going with this? I'm rambling a bit so lets get back on track. The majority of my birding time is spent in a local context, with the odd twitch and day out thrown in to spice things up a bit. Most of my ventures are within Northumberland, but that's because it is a good county for birding. I have been thinking of my last time across the county border after a bird? White winged Scoter at Musselburgh I think? This got me thinking about Steve Gale's 'uber patch'. An area that is bigger than what is deemed managable as one patch but still an area that he spends most of his time. 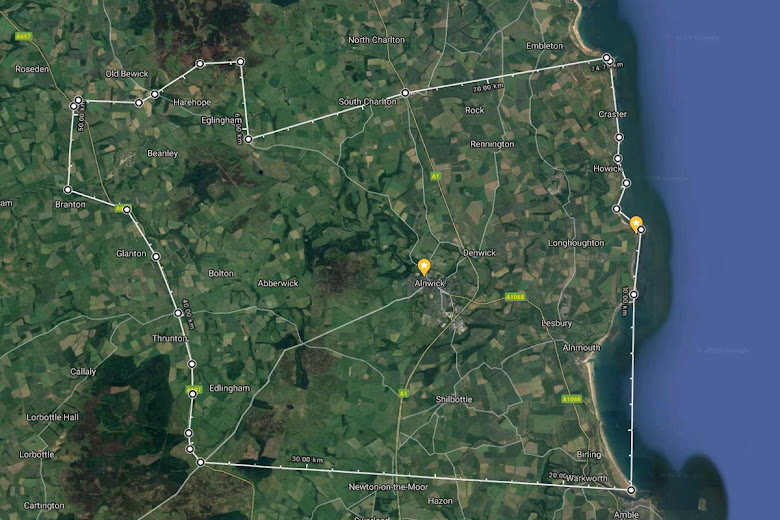 This is not a deliberate area, it just happens to be where most of my time is spent. To be fair  most the area is not even given a look at but it encompasses places I visit for wildlife regularly. Although it is a big area of land, I don't think I am destroying the planets resources as much as some, especially as even in this area most of my birding is done between Boulmer (the square headland to the right of Longhoughton)and Craster .

This morning was spent 3 miles from home at Boulmer. The strong winds made us choose the coast rather than inland today. It was typically 'July quiet', but enjoyable all the same. First off we walked south from the car park along the shore to get some shelter from the westerlies, to Seaton Point. Highlight here was the Cuckoo on the beach, first seen last weekend by John but still present and flighty today. 1 Bar tailed Godwit, 4 Dunlin, 23 Golden Plovers, 32+ Curlews were the start of wader passage here. Or maybe the end?
12 Swifts flew south. 3 Grey Partridges were in the fields while a Shelduck lead a creche of over 30 ducklings on foot past a roost of Herring Gulls, on to the sea. A pair of Stonechats did their best to stay upright in the wind. 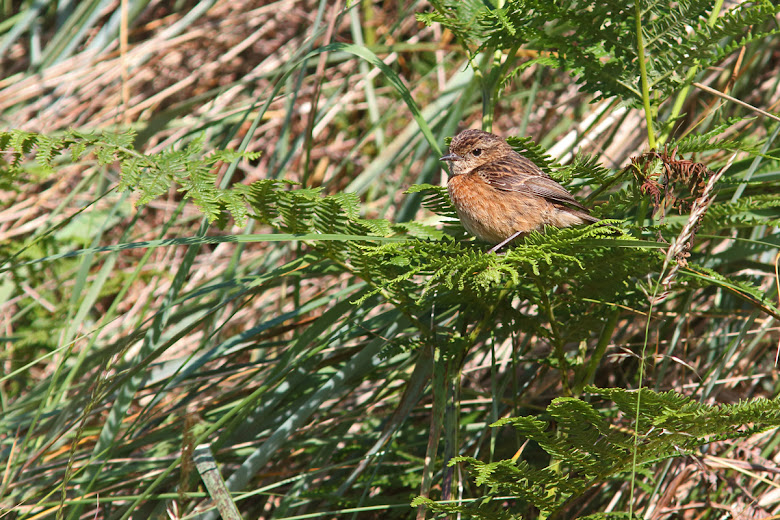 Back at the car for a tea stop then we walked North to view Longhoughton Steel. Here we had 2 Red throated Divers in summer plumage, many Sandwich Terns, 1 Common Tern, 1 juv Yellow Wagtail and 1 Canada Goose South. A summer plumaged adult Mediterranean Gull flew north along the shore. On the sea loads of Gannets and Auks but nothing on the move.


This wind might swing into the north tomorrow, if so I'll have a seawatch. This time even closer to home...
Posted by Stewart at 8:00 pm

The northern Uber v The southern counterpart. Surely worth a go in 2021....

Well Steve, it would be easy I suppose, most of what I see is in it, but its a good deal bigger than your area, you'll need to expand...

I travel a fair bit to see, experience and photograph our great British wildlife.
I even travel abroad occasionally to vary the scene a little.
I make all my photographs freely available to authors, publishers, charities etc. to promote the appreciation of our wildlife and to encourage conservation in general.

In order to enjoy this hobby efficiently, I drive a (God forgive me!)diesel car, as the current Eco-friendly models just don't yet have the legs...

When I'm challenged about my so-called 'unnecessary' carbon footprint, I will always ask the questioner(s) how many kids they have... most folks have a couple somewhere, maybe even Grand-children, too...

You see, although I am very happily and healthily married, we have CHOSEN not to breed, thereby limiting our environmental impact to that which we incur only during our own lifetimes. We will leave no legacy of future carbon emissions... no need to build additional houses for another generation of our family... or their progeny, etc. etc.

My conscience is clear.

Enjoy the wildlife we still have. Live and let live.

I can agree with that, we too have no kids by choice, have not eaten meat for 30 odd years and I only fly maybe once every 5 years while my partner Jane, has never flown. I think we have a good low carbon conscience too...