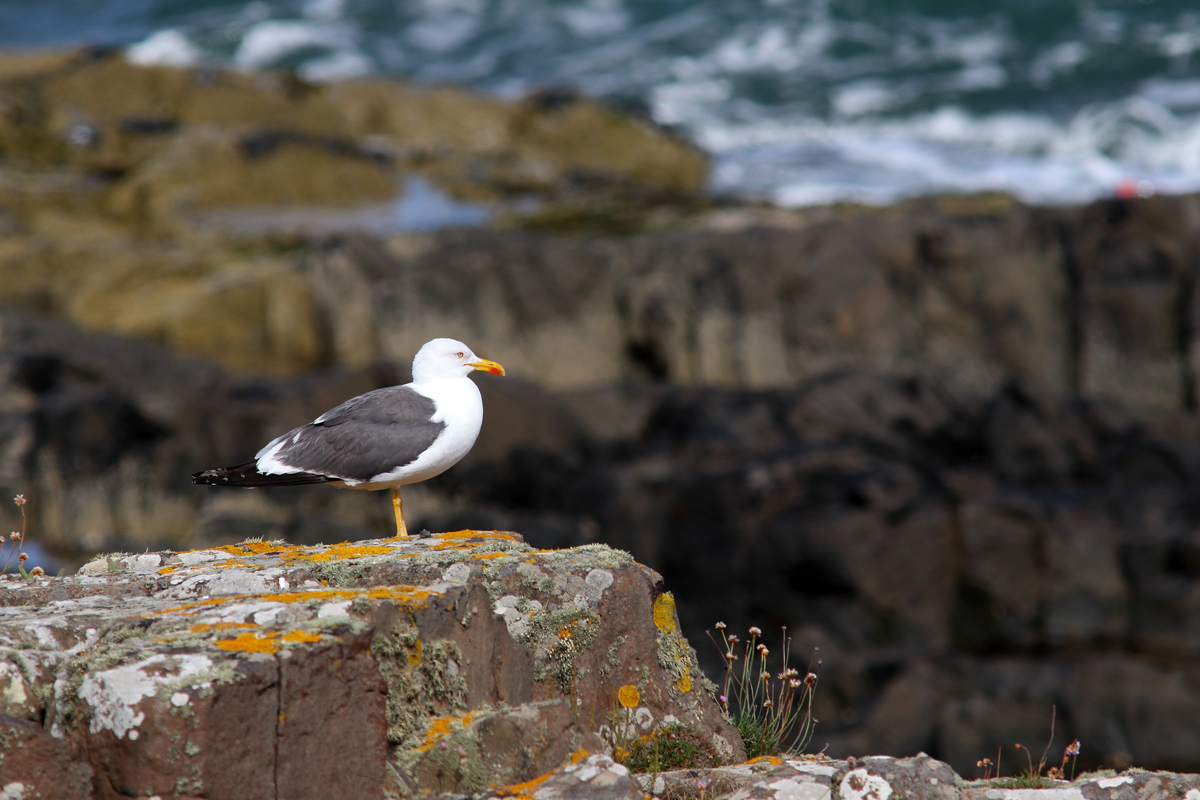 In recent years a new phenomena has occurred in line with new technology and new methods of communication. That is twitching seawatch birds.

Gone are the days of Millington's idea that seawatching was the only way to get a 'non suppressive grip-off' on your mates. By that he meant that you could justifiably get a rare species and when your mates missed it, as they invariably did, unless they were sat next to you at the time, you could gloat. No need to keep a cheeky one under that hat, no, you could get a Cory's Shearwater, run to the phone box, ring the grapevine and by the time you got back the bird was two miles further along the coast with zero chance of anyone else seeing it.

Nowadays, with the invent of What'sApp groups these birds are as twitchable as any scrub hugging warbler. All you need to do is get the news, work out some flight speeds and times of arrival, in fact there is even a bird timetable going around our group now so that you can see in an instant expected arrivals times of everything from White billed Diver to Black browed Albatross according to the headland you watch from. Then get to your spot and wait. In some places with 20 other people. Many gazing at their phones to see whether the next person along the coast has seen the bird.

It doesn't always work out well though. Seabirds can't read a WhatsApp timetable and are probably not inclined to follow its guidance if they could. On many occasions I have sat it out waiting for Little or Great Shearwaters for very little in return, but on occasion it does go well, look at last years Giant Petrel for example and before that my only Fea's Petrel was more punctual than our local Arriva buses.

Yesterday we got a message that not one but two Cory's Shearwaters had passed North Yorkshire, two hours apart and were heading our way. ETA for me was about 5.30pm as the Cory's flies on a tail wind. This instruction saw me on my local headland, Cullernose Point, at 4pm already beaten to it by one other observer , our County Recorder no less, dressed like he had just gotten off the plane from Malaga. Myself and John, carried our kit along and got comfortable. I was only wearing one light fleece under my thick coat. You can tell its summer.

As a regular seawatcher, from the off, I could see that this wasn't going to be a 'notebook' event.

For a start it was sunny with blue sky. This makes a deep blue sea where it is difficult to pick up distant birds with it as a backdrop. Plus, there were only the local Auks, Kittiwakes and Terns moving around with very few Gannets and Fulmars.

This lack of action means reduced concentration all round as we were constantly distracted by anglers drinking Monster, kids with 'beans on toast' lockdown hair cuts and day trippers wondering what we were doing. Still, we did our best. An hour in, the first of 7 Manx Shearwaters passed by, closely followed by a Whimbrel. Meanwhile the Lesser black backed Gull sat sentinel hoping one of the kids with the Harpo Marx do would slip to their demise and provide more carrion than that dished out by the anglers.

After that it turned cooler and even local birds dissipated. It was the arrival of a few new ASBO anglers carrying drink, that broke the camels back for me.

On the plus side, both Cory's didn't even make it beyond Cleveland, so we didn't dip alone. I have only seen one Cory's Shearwater in the UK, on 22nd July 1999 close in past Newbiggin.

I hope the next one is self found...

Enjoyed that, Stewart. A great read! Made me smile, and not because you dipped. Honest! 😄

Cheers chaps, it was written with a sense of irony...;)