Sunday last day of May...

That's spring done, or almost if you are a birder in the North. Some of Northumberland's best birds arrive in the first 10 days of June, so I am keeping fingers crossed.

On Sunday I made the decision to don the binoculars and camera and venture further afield than our village. The first time I have done so on a quest for natural history, since 15th March. My anxiety was through the roof but I had arranged to meet John, not in the usual Homebase car park where we usually head off in one vehicle, but we met up in separate cars at our destination, only a few miles west of Alnwick, not far from the moors.

It is a spot we often explore during good weather for insects, reptiles and birds. It is usually quiet in terms of disturbance from humans and today was no exception. From 7am until 12 noon we saw two men out for a walk and two farmers in vehicles as they passed so social distancing was no problem at all. How these folks head off to crowded tourist spots to fly tip a single use BBQ is beyond me, I want none of that. How I will fare in the event a good bird turns up will need to be evaluated on the day, but I wont be venturing into a scrum situation that's for sure.

We started down a very quiet lane without traffic where a small river runs below a footbridge. Here we hoped to find Banded Demoiselles and we weren't disappointed. These tropical looking damsels are still a novelty to me being relatively new arrivals on the Northumberland scene, but they are to be found on most of our rivers now so it looks like they are here to stay. At this spot there were 6 males and 2 females, all flashy and metallic as they were freshly emerged.

3 male Redstarts sang around the field edges and we were approached by a curious young Brown Hare. Lapwings were already flocked up, well 10 were, in one field. Autumn will be here before we know it. 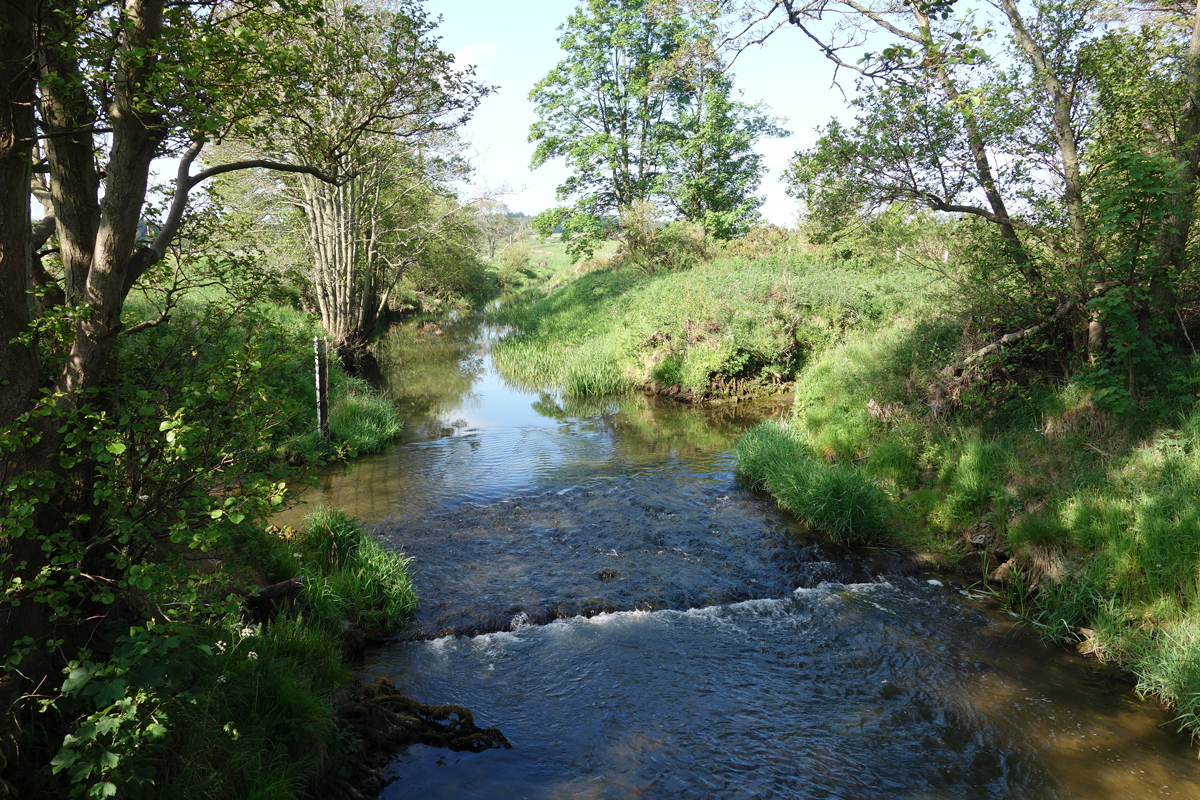 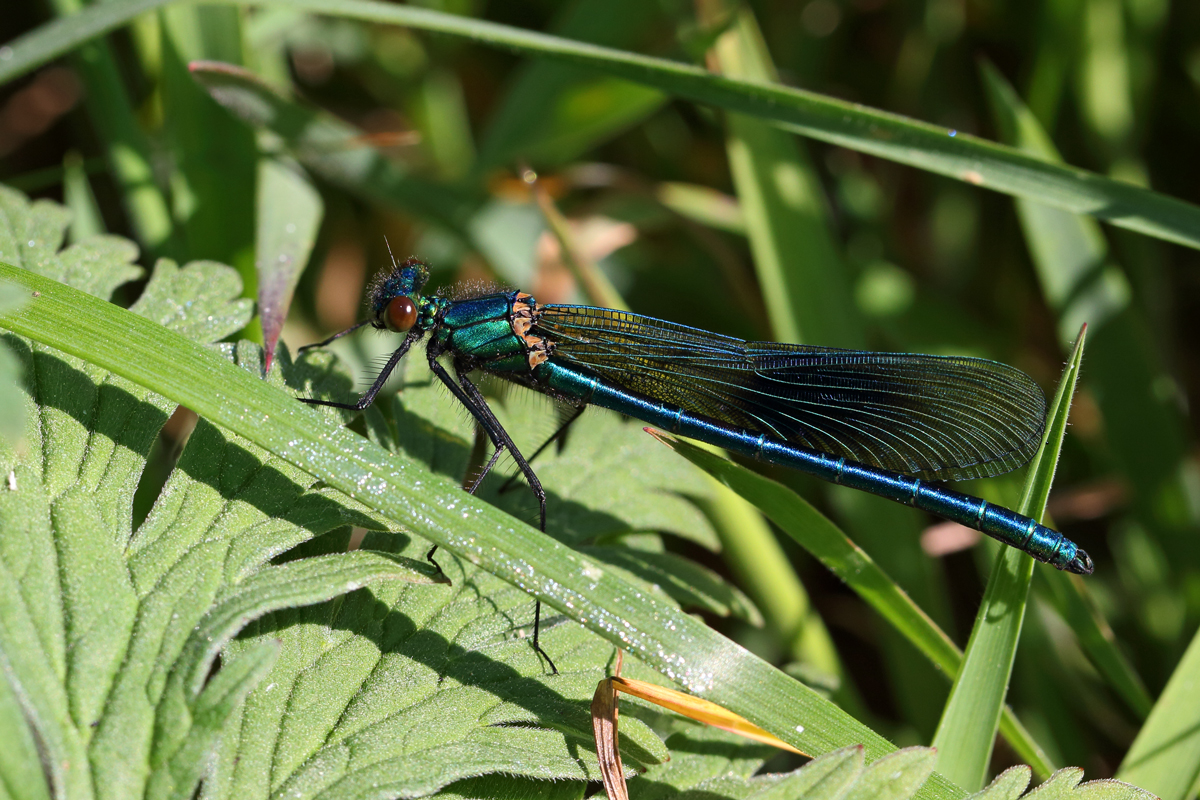 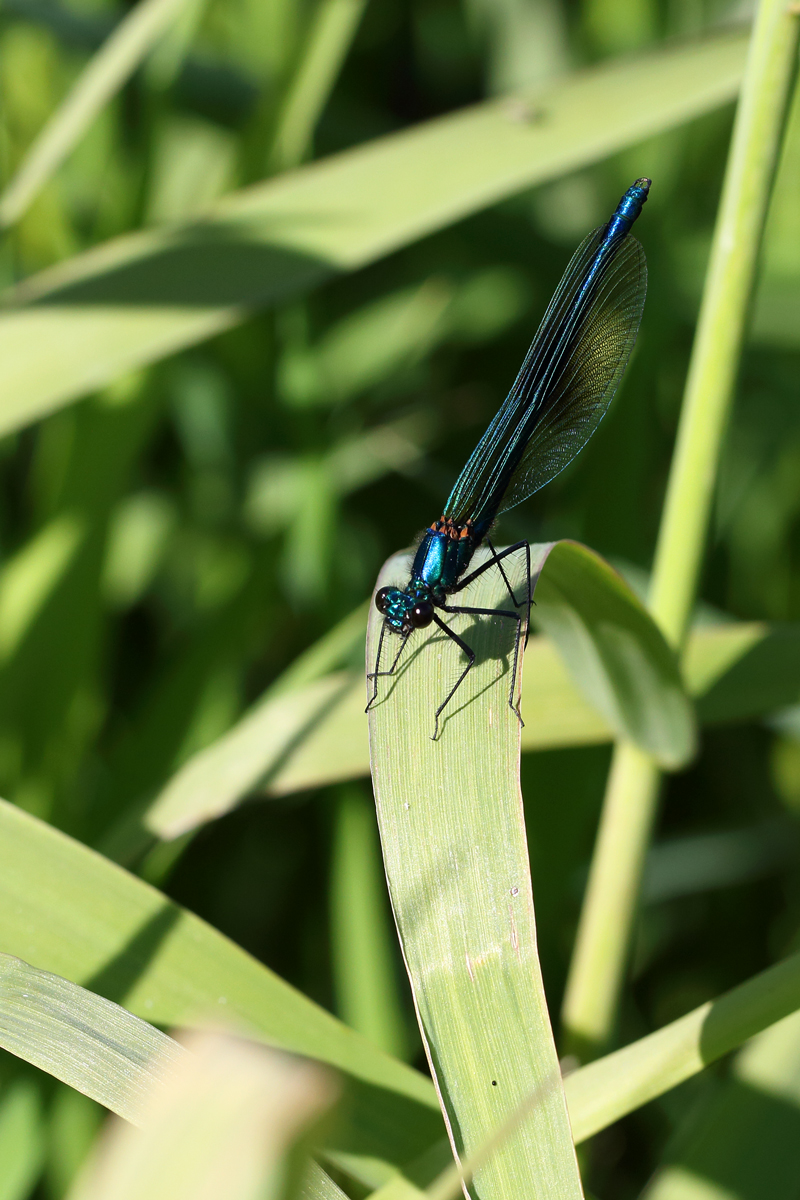 Next we drove another three miles back up to our moorland patch for a hunt for more odonata as the weather was wonderful. We don't get too many days like this, so its good to enjoy them.

We were greeted by two Cuckoos flying around and calling to each other, both males. Redpolls danced overhead and a Sparrowhawk dropped from a tree into some birch scrub nearby but I didnt see it leave.

The two small ponds here are contrasting. One is old and edged with several metres of juncus so access is tricky, the other is new, only a few years old and on the side of a forest drive. Both held some nice insects. In total we had 20+ Four spotted and 2 Broad bodied Chasers, several Large Red, Azure and Blue tailed Damselflies, a few Small Heath butterflies and one Peacock looking its age by now. 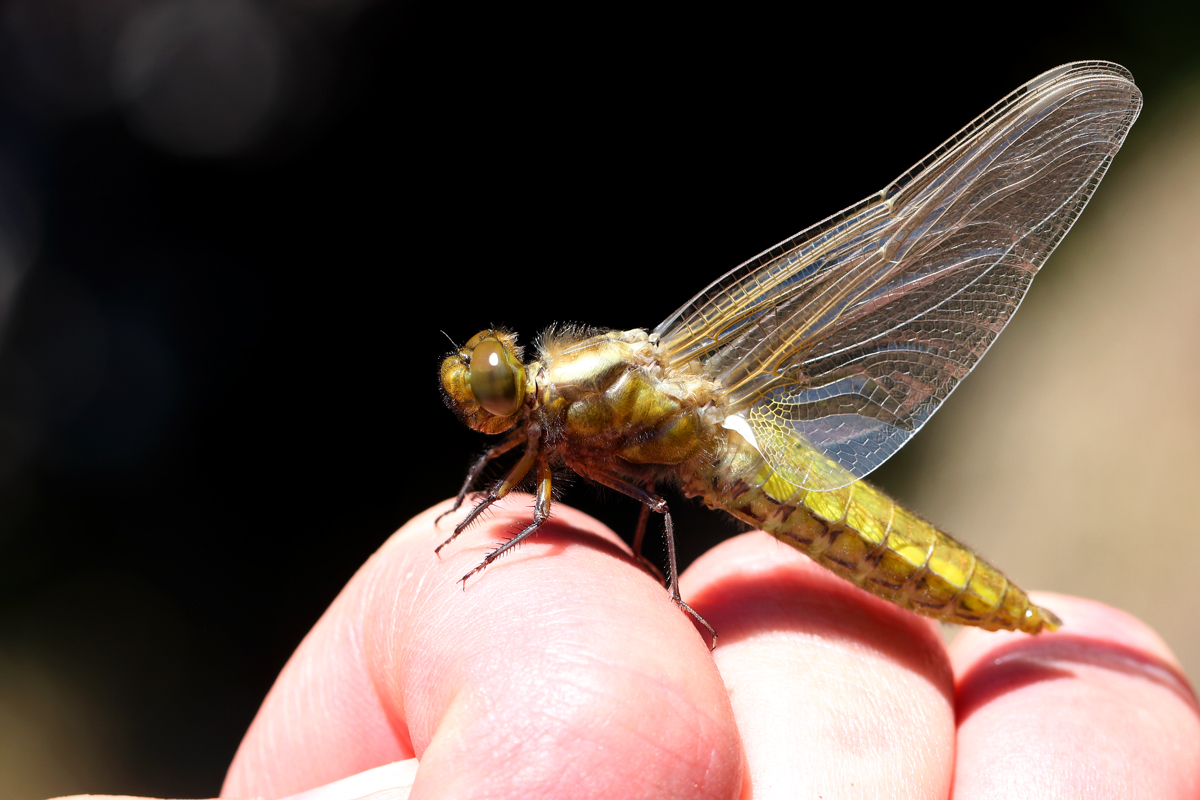 So my first venture back to some semblance of normality went well. I felt fine that no one was being placed at risk, so for the time being at least, this is how we will play it on a Sunday.

The rest as of the day was spent back at home and in the garden. One of the moth trap by catches was a pleasing find, a new spider I have wanted to see since I got the new field guide - Tetrix denticulata.

I also forgot to post a nice new bee for me in the garden the other day, Red tailed Cuckoo Bee, Bombus rupestris, a scarce visitor in VC68....The additional time spent in the garden as a result of COVID enforced home working has really paid dividends this year.