Holy Diver and the Rorschach test.

The farthest north reaches of Northumberland have some great under watched areas for wildlife and none more so than the mighty River Tweed and the Berwick beaches to the south of its estuary.

This morning we began with a scan offshore at Cheswick for the now annual Black Scoter. From our vantage we could not find any scoter let alone an American one, so we quickly scanned north and in the distance was a veritable oil slick of birds, way too far off to identify. There was nothing for it, we needed to change vantage points. A drive up the road soon found us on a high point at Cocklawburn Beach where the raft of scoter were feeding not too far out.

There were masses of them, I didn't count, but well over a thousand I'd say. It wasn't possible to get a full, uninterrupted, scan of them all without 40% diving then resurfacing on the other side of the birds on the top, a bit like a split shuffle of a deck of cards.

It was just a case of carefully checking through the birds that remained on show. Alas, no Black Scoter was to be found. Where is he? In the constantly shape shifting 'Rorschach' patches of birds, who could say. 80% of them seemed to be females or immature drakes so I think we would have seen him if he had been there. I managed to pick out  15 Red throated Divers, 1 female Velvet Scoter, 1 each of Guillemot and Razorbill, dozens of Shags, a pair of Goldeneye and best of all, a lovely Black throated Diver complete with its S shaped swans neck and cobra-like, dove-grey, hood . Shame it didn't stay on view very long before submarine-ing it with the duck.


Further up the coast in the Tweed Estuary, the sun was shining, lighting up 102 Mallard, 29 Goldeneye, 2 Red throated Divers, 2 Little Grebe and 1 drake Goosander. A party of 14 Grey Herons roosted on a mid river island along side good numbers of Canada Geese and Lapwings.

Back on the home turf in the afternoon, Treecreeper, Chiffchaff, and Tufted Duck were added to the year list.

A trip down to Amble at dusk visiting family, I was surprised to see a single Pipistrelle sized Bat fly steadily over the cemetery until lost to view. 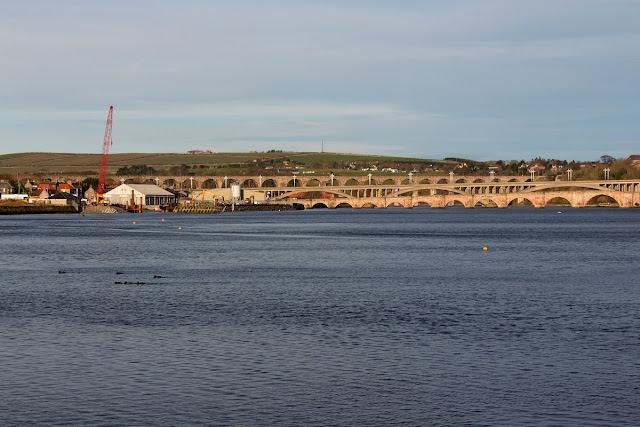 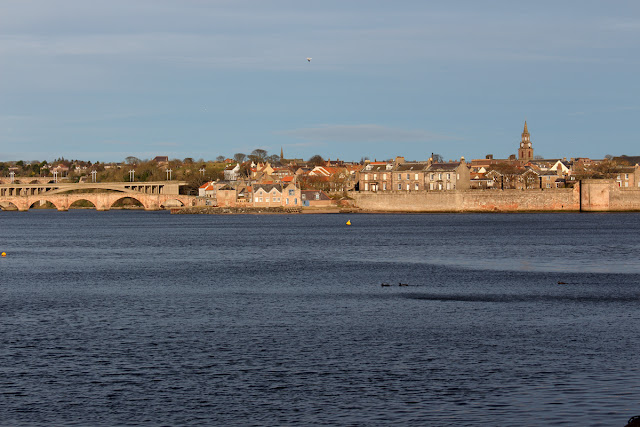 Beautiful sketches as ever!

Holy Diver...you a Dio fan perchance?!?!? Not sure about the Pips, but certainly Daubenton's Bat emerges on milder days/nights throughout the winter. They need to drink more than eat, but they are very shallow hibernators.

Seth, aye always loved a bit of Dio, though his Black Sabbath days are me fave.... This bat wasn't near water, just flying over a suburb, towards farmland? The Daubentons Ive seen here are at riverine sites and hunt low over water. I suppose its id will never be known for sure...