Brown behind the Blue...

This weekend we had our annual visit into Scotland to look for butterflies. Its not as pioneering as it seems as we only go 5 miles over the border, a total of about 35 miles from home...

The sites were Lamberton and Burnmouth and our targets, Small Blue and Northern Brown Argus ( I will keep calling them Argos...). You can park in a good sized car park on the cliff tops east of Lamberton then walk north for a mile taking in the scenery, before reaching the nice Small Blue colony on some scree slopes.

As we arrived quite early our subjects were not even up, so we pottered about until the sun warmed sufficiently to put some blues on the wing. We ended up seeing about 13 individuals with some females egg laying. Also here were 20+ Small Heath, 6+ Wall Brown, 1 Grasshopper Warbler reeling, a Cuckoo and a Peregrine nest with 2 well grown chicks. 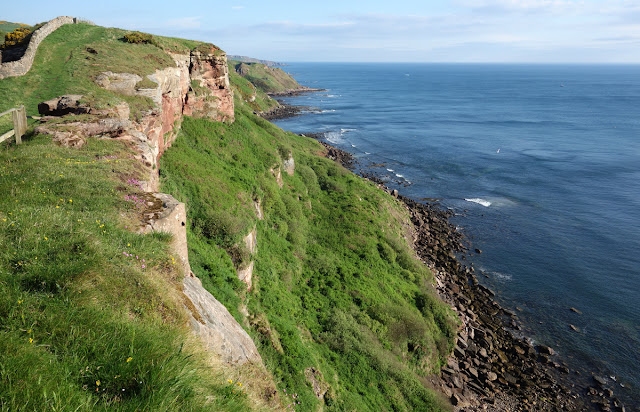 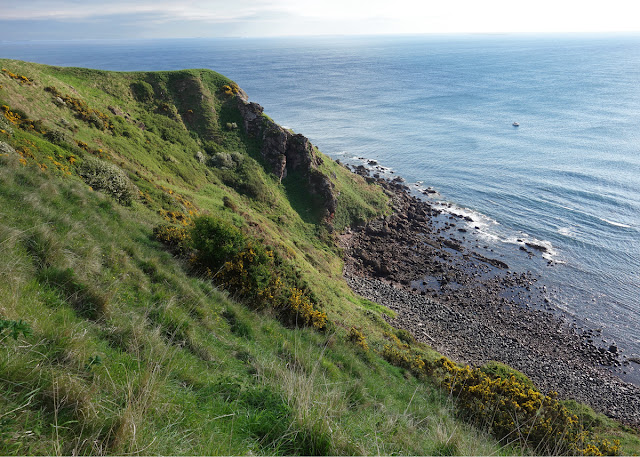 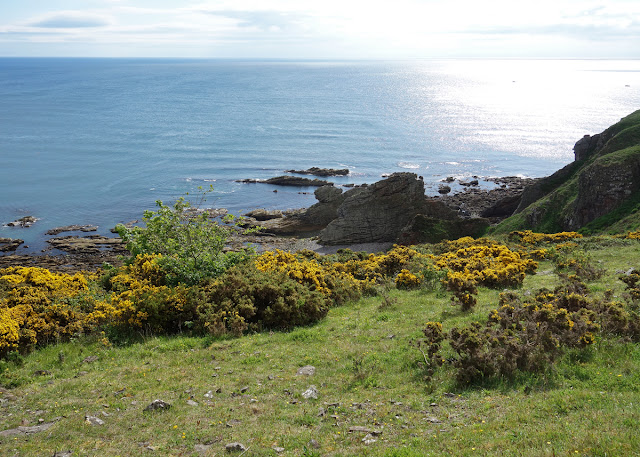 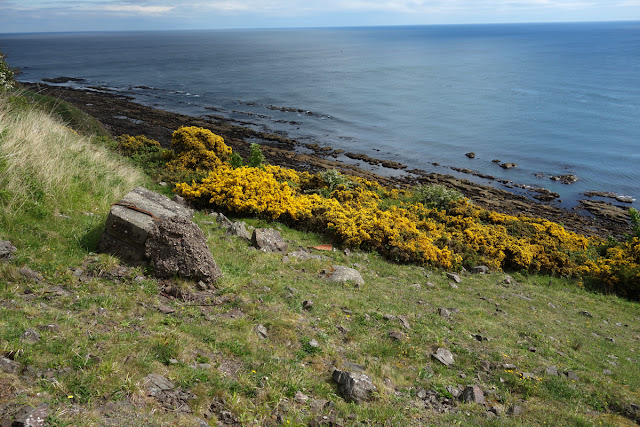 Our next stop was just a minute along the road at Burnmouth. Although it was now dull and breezy we still checked suitable rock rose and valerian sites where surprisingly we found 4 Northern Brown Argus. 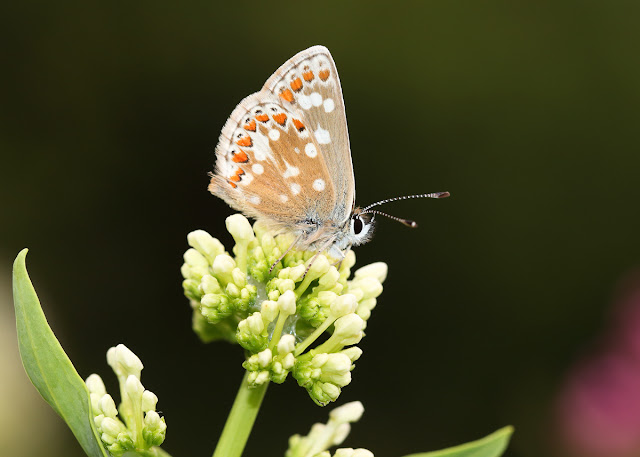 Great shots on a lovely day, especially of the small "not terribly" blues