Us, not the bird!

What a lovely day it was on Sunday, with bright sun and blue skies most of the time. My first singing Blackbird of the year was along our drive and Skylarks seem to be all over now.

JWR and myself headed north for a second time this winter to try and catch up with the wintering American Black Scoter off Goswick and Cheswick beaches. Its a great site, this, very scenic with some nice birds too but the target proved elusive again. A good few Common Scoter were in small groups close in but there were hundreds in tight rafts about 2 miles offshore. Way too far for a duck that is tricky at a quarter of that range. 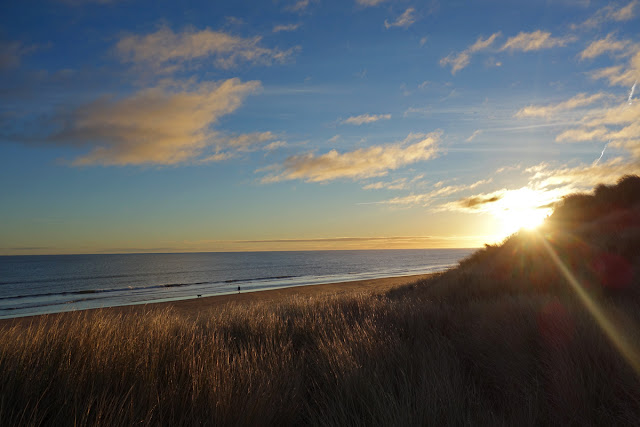 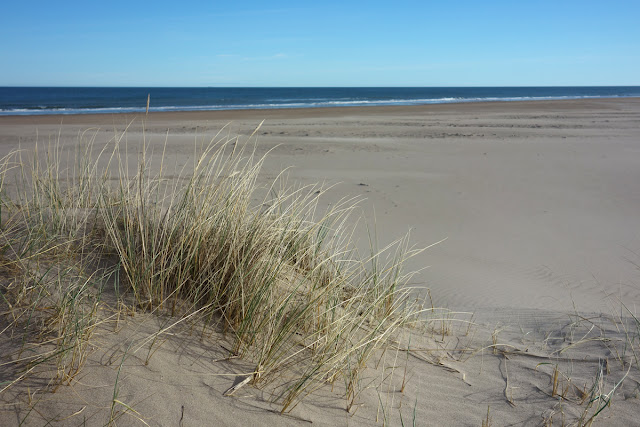 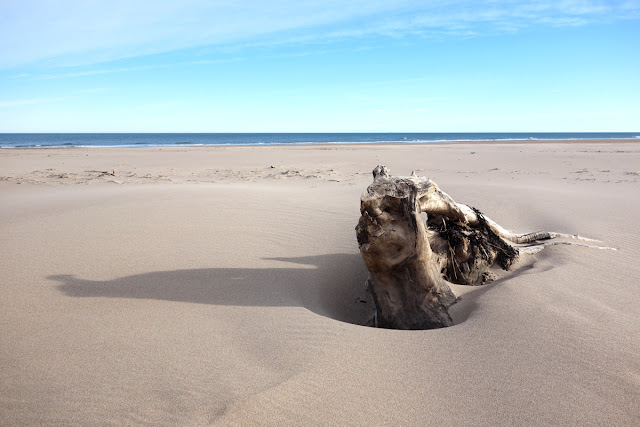 We tried two vantage points, the first from Cheswick tall dune, the second about half a mile further south at Goswick Golf Club.

No Black Scoter to be had but we did see 1 Black throated Diver N, 1 Great Northern Diver on the sea, 6+ Red throated Divers, 4+ Slavonian Grebes, 50+ ( possibly many more as they were constantly on the move) Long tailed Ducks, 10+ Red breasted Merganser, several Razorbills, Guillemots and Shags, 400+ Common Scoter.

A Stonechat was in the dunes with 20 Reed Bunting nearby and loads of singing Skylarks.

From here, we had a walk north from the Holy Island causeway car park at Beal. It was generally quiet, but again, very scenic. 30 Twite drank from a puddle near the track while a very weak looking Knot was out of habitat on a marshy puddle.

In the afternoon, Jane and myself took a walk along to Howick Hall to catch the snowdrop display in the sunshine. What a show too, there seems to be many more this year with huge drifts everywhere.  After the walk it was only fitting that we try out afternoon tea in the tearooms. 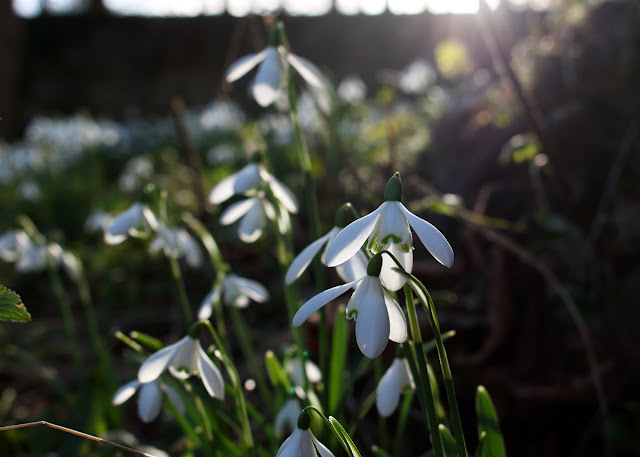 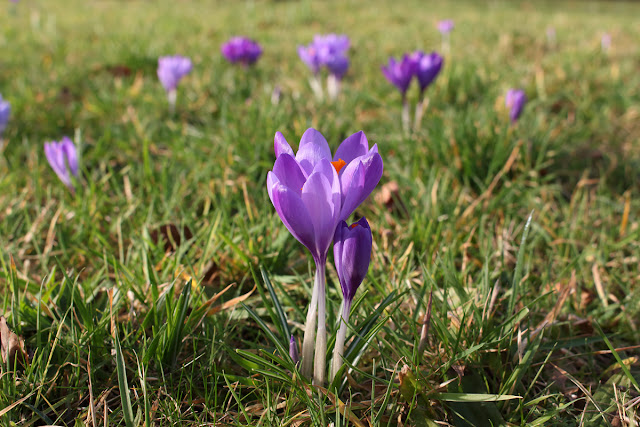 While we were in the tearoom, I noticed a lady taking a photo from the window near her table. I could see the edge of a bird table and suspected what she might be photographing, so I went across and politely asked.

This lovely Red Squirrel was enjoying the feeder for ages, completely unconcerned at the faces at the glass only feet away. After interupting the couple's tea to take some photo's, I left them in peace.

Fantastic snowdrop display at that church, better than the one I reported on yesterday.

All looks lovely, beaches, snowdrop and red squirrel, what more could you want...
Gulls were calling over the house last night, looked a my husband and both of us said I want to go to the seaside..
Amanda x

Simon, I dont know, your display looks quite a show too...

Amanda, Its funny you know, we dont get that many calling Herring Gulls where we live. Early morning an odd one will fly over but not many, they seem to be concentrated on the larger coastal towns like Whitley Bay or even in Newcastle city centre!