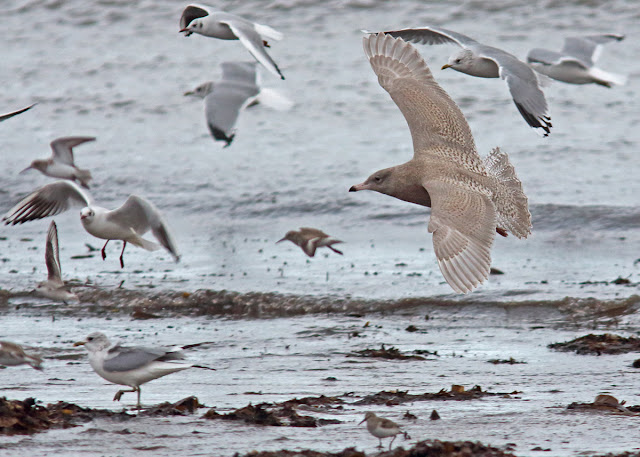 It's a powerful looking bird!

As for this winter, the colds that have been doing the round sseem to have been of knockout strength

I can sympathise Stewart. At the end of November I started a sore throat that became the most painful that I have ever had. It lasted until just before Christmas. A cough came with it, but nowhere near as bad as yours. Something to do with our advancing ages...?

Simon - Yes it was a real bruiser, that would have like d to see the demise of a snotty individual on the beach so it could get fed!

Steve - I agree with the age thing. As a kid, colds were commonplace and just to be 'snotted off' without any worries. now, they seem to get worse each time..Ta for the sympathies, hopefully lighter nights will raise immunities ...

Just there, two species, I didn't get on my patch last year. And you just went to the Post Office. Get well soon.