Most of Sunday morning was spent walking with Alnwick Wildlife Group as John was busy today. So as not to duplicate things, see AWG blog HERE.

I did manage a stroll around Craster early on, seeing new patch additions - Willow Warbler and Whimbrel, while later back at home in the afternoon another patch tick came to me. As I watched the Goldfinches and Siskins on our niger feeders, they were joined by a large pale Mealy Redpoll. After snatching a couple of record shots from the window, I sneaked out and hid in the outhouse next to the feeders for a better shot. After five minutes he arrived back with the other finches, allowing a closer scrutiny. 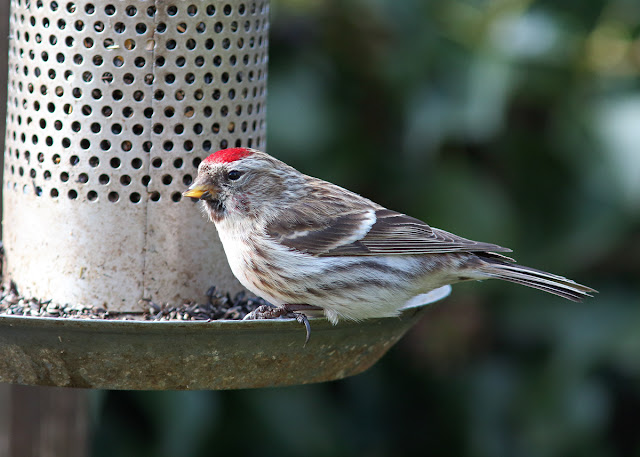 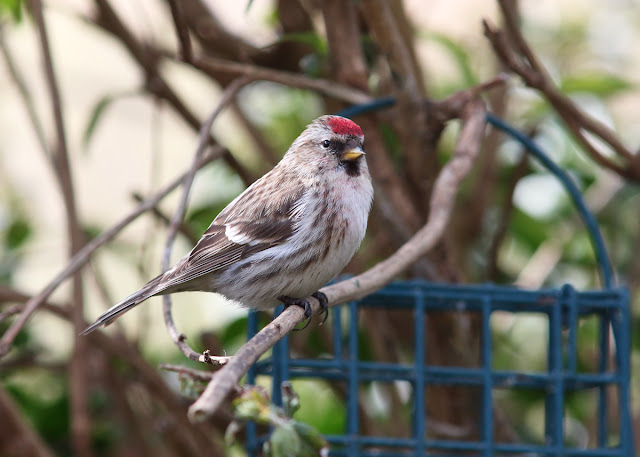 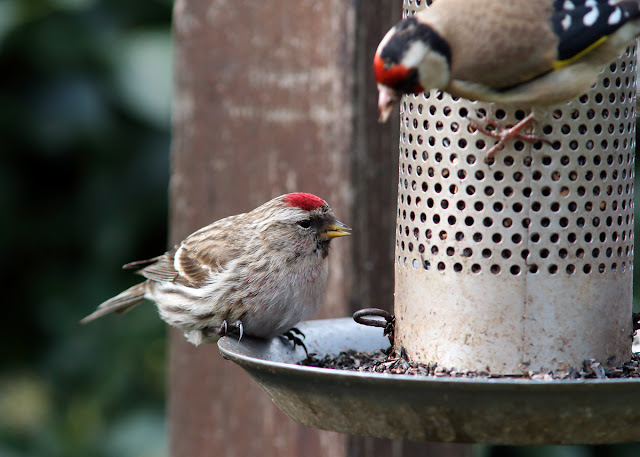 Great shots of a bird I've been scanning the alders for, but never see