The Stag and the Pennymen....

A cold frosty morning turned out to be a beautiful crystal clear day. As John was tied up elsewhere, I thought I would pop up to Seahouses to try and get some photos of the Black Redstart that has taken up temporary residence among the boats there. Unfortunately, things didn't go to plan, as the said bird had 'done one'. I spent about an hour and a half over two visits there today seeing only a few Eiders and 20 each of Turnstones and Purple Sandpipers ( during a recent conversation with Iain Robson I find that these little waders were once known as 'Pennymen' by local fishermen, while Sanderling were called 'Sea Mice').

So, it was time for another couple of miles drive up the coast to Bamburgh to see what lurks off the coast there. It was fantastic first thing, with very few people and miles of clean sea, sand and rock. With the cold northerly numbing fingers and air that tasted like a drink of iced water, birds became just a secondary feature, the 'icing on the cake'so to speak.  I could see the snow speckled Cheviot over to the west and Lindisfarne Castle, Bamburgh Castle and the Farne Islands only by turning around. Can there bee a finer place than North Northumberland on a day like this?

Even so, the local sea fowl weren't too bad either, with several hundred Brent Geese, 5 Slavonian Grebes, 4 Long tailed Ducks, another 50 'Pennymen', 6 Red breasted Merganser and an exhaltation of Skylarks to back it all up. 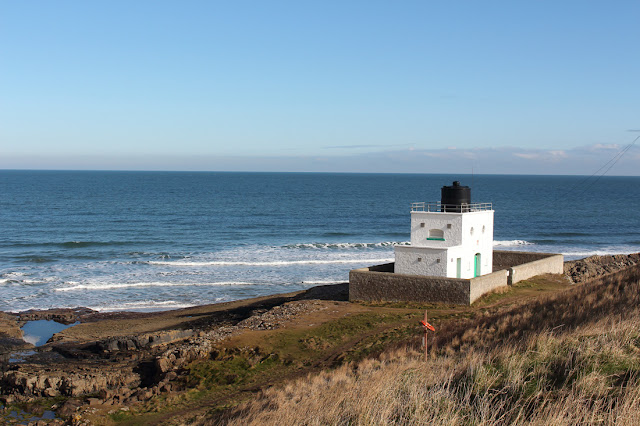 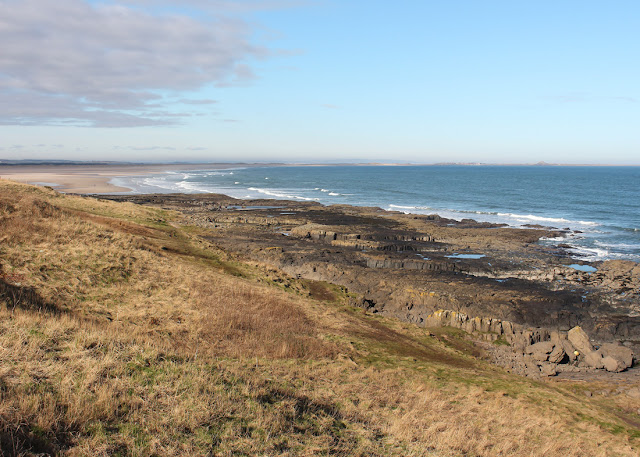 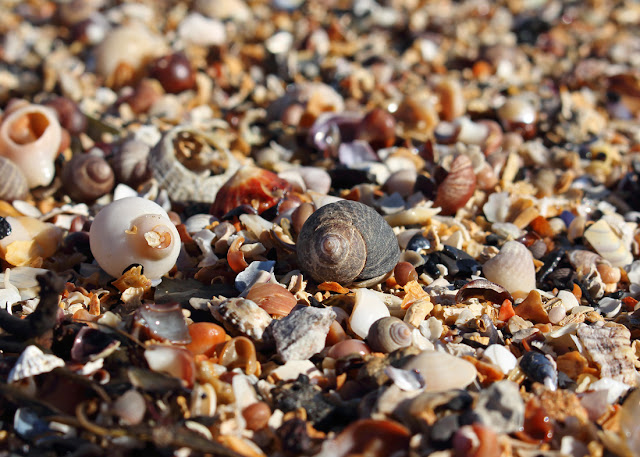 Clear blue skies, crisp winter air, beautiful scenery and some good birds, what is there not to like :-) Shame about the Black Redstart but fantastic to see all the other birds, especially the Slav Grebes and Long-tailed Ducks. I haven't actually seen a LT Duck since I last visited Northumberland many, many years ago!

So why are Stag Rocks so called? Presumably the name is older than the painted stag?