An artist on the shore... 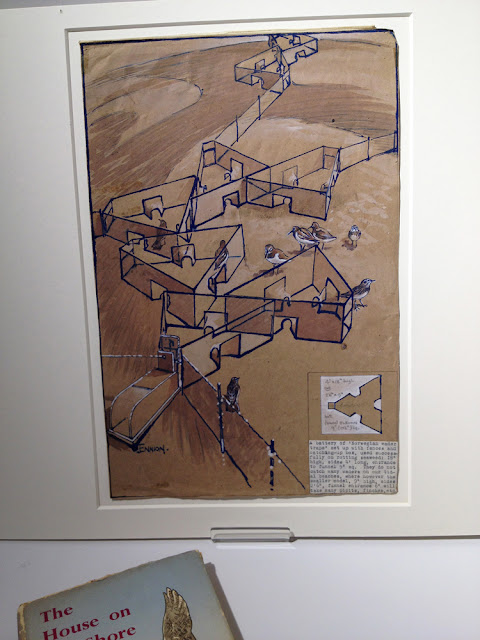 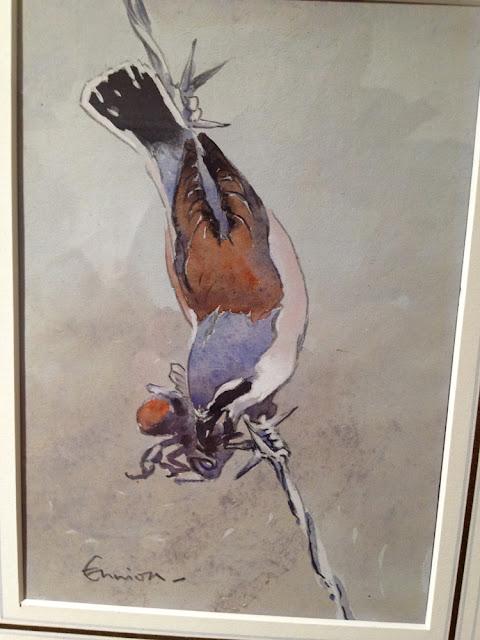 Today was a special day for me. I met a lifelong hero of mine. That's not strictly true, as my hero is no longer with us, having passed away in 1981, but today I could definitely feel his presence.

Back in the mid 70's while my school friends were idolising Billy Bremner I spent wet Saturdays visiting Morpeth Library to browse the birds and wildlife books. It was here I found what was to be my favourite book - 'The House on the Shore' by Dr Eric Ennion, a tale of a small bird observatory that was operated on the Northumberland coast opposite the Farne Islands.

Dr Ennion was a GP from Northants, born in 1900. He was always interested in birds and began drawing them from an early age, eventually becoming one of our most influential bird artists.

He and his wife bought Monk's House between Seahouses and Bamburgh to run as a field studies centre for the decade between 1950 - 1960. During this time, Ennion didnt have too much time to draw and paint, but after he left Northumberland and moved to Shalbourne in Wiltshire, he began teaching wildlife and landscape painting, producing a prolific output of work.

Aged about 12, his drawing and writing had a great impact on me. I hung on to every word and gazed longingly at the illustrations. The birds leapt from the page. Ennion had a knack of capturing the real character of a bird, not any bird, but that individual he had in front of him at the time.

So, when I visited Sunderland last autumn to see an exhibition of his work, I was thoroughly gutted when I got there to find access an impossibility due to a damaged door after some rain ingress. Luck was on my side however, as soon after, I heard that the same exhibition would be coming to Berwick in 2016, even closer to home than Sunderland.

The Eric Ennion Exhibition opened at the Granary Gallery in Berwick yesterday and I was raring to get there today, to take in some original works of the great man himself. There were 46 framed pieces on show ( none for sale, you cant get them for love nor money) and at one stage I pondered the likelyhood of me getting away with an art heist. This would be as successful as my trip to Sunderland so made do with some phone shots of the delightful works to bring away with me.

What is it that attracts me to his art? Well its the raw clean style really. No faff, no detail, these are not Collins plates or Lewington airbrushed backgrounds, no, this work just beautifully evokes a scene as if you were standing next to the Dr while he painted.

When I came home I thought, I may never paint on white paper again... 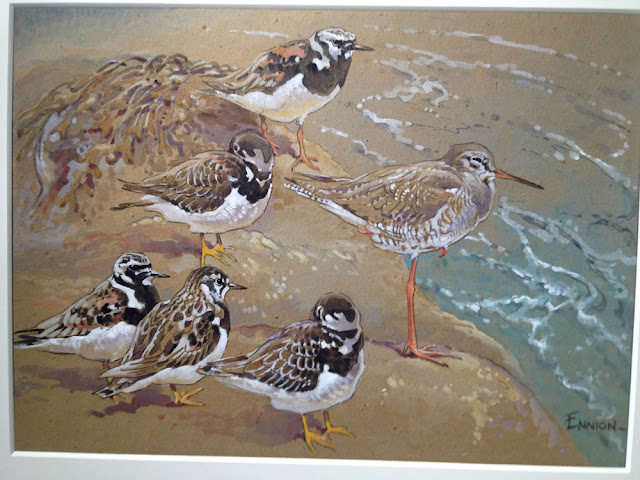 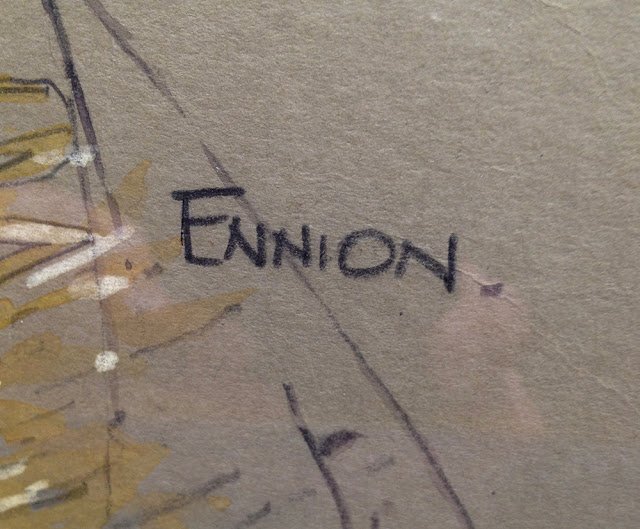 Labels: Eric Ennion, Monks House, The House on the Shore

I can feel your sense of awe Stewart. I've always felt that your own excellent artwork is more than a touch Ennionesque!

Beautiful - I can see why you love his work so much.


That shrike is stunning!

Hi Stewart, it looks a fantastic exhibition. Having never been able to draw or paint I just look without doing any of the analysis you do. It reminded me that I have a copy of "The House on the Shore" bought as a reading copy with no paper cover. There on page 49 is the illustration "A battery of “Norwegian-Waders” set up on the shore". The first picture you have chosen to illustrate with the edge of a copy of the book underneath. How much more interesting it looks than the black and white version in the book, published in 1959 (due to production delays actually 1960) and with all the illustrations rendered in shades of grey.
I have to admit I always preferred Tunnicliffe, which I believe was due to being brought up with The Lady Bird Books of the 1950's and judged on the basis of illistrations on the cover of "Birds" Magazine. There are a couple of original Tunnicliffe's in the Bowes Museum which I always go to see when I am in Barnard Castle.
Having read your blog I think I must re-read the Ennion book.
Thanks
John

Steve - Cheers, I try to climb that mountain but am unfit to do so....

John - I agree, the ones in the book differ. I thought it was the exact ones but they seem to mainly be copies, I am not sure about the wader trap one though. I love Tunnicliffe too from the Ladybird Book etc, but he is too 'perfect', the birds dont have the life that Ennions do.

Wilma and Simon - Thanks...

Oooooh, thanks for tipping me off to the Ennion exhibition! A drive up to Berwick is now on the offing!