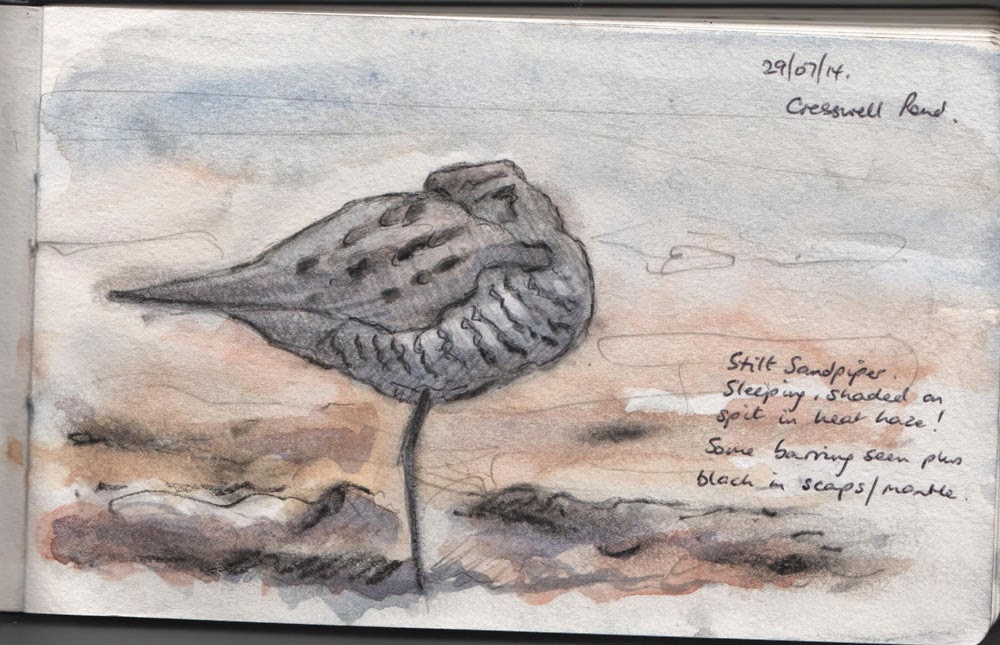 And here's me being excited about the fourth bird spotted in my new garden since I started feeding about a month ago....a Dunnock....which now accompanies the sparrows, blackbirds and blue tits....maybe not an exotic collection but much pleasure is to be had watching them from my perch underneath the Acer tree. Nice picture....is it one of yours my good man?

Hi John, Its good to get ecited about a new bird anywhere, its all about context. Yes all the sketches on here are mine, click the label 'sketches' at the bottom of the post to see more...