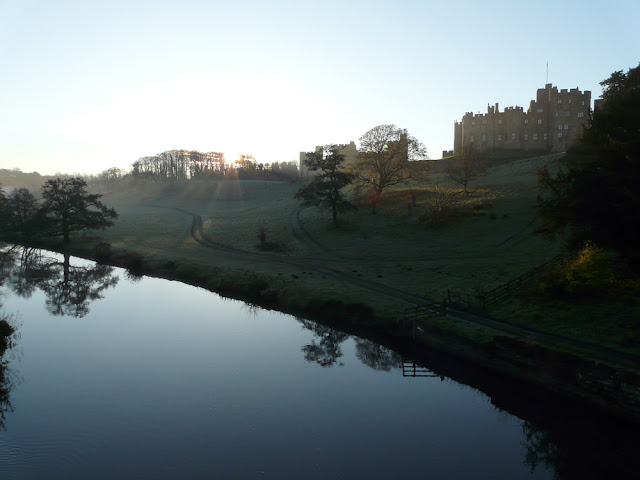 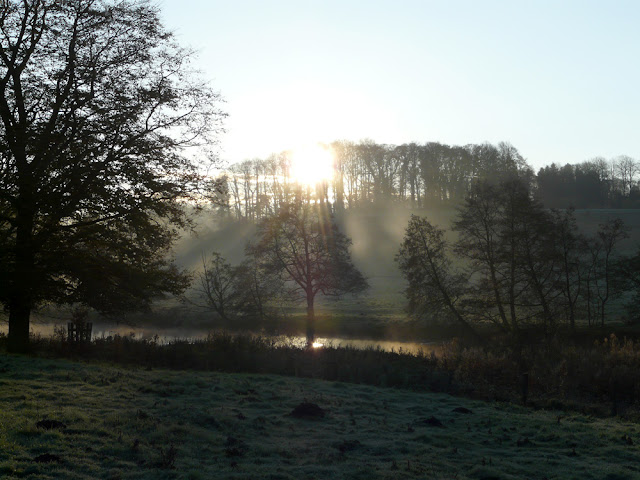 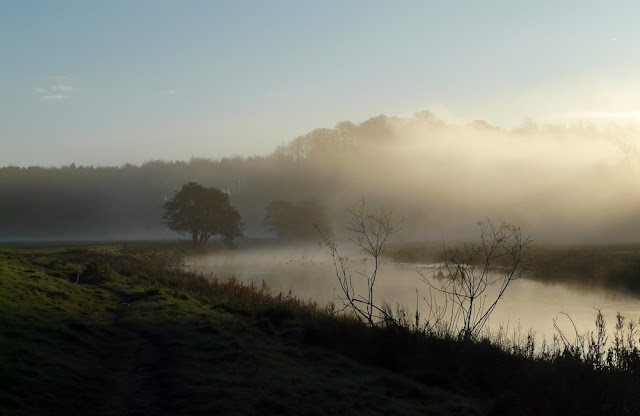 Sometimes its not just about the birds...We called in to see if we could get our own photo's of the Alnwick Great White Egret first thing this morning. And what a morning. The sun through the mist, in the shadow of a medieval castle, what more could you want.

There, down below, as close as yesterday, was the egret, casually sitting in the dead reedmace stems. A vision in white... 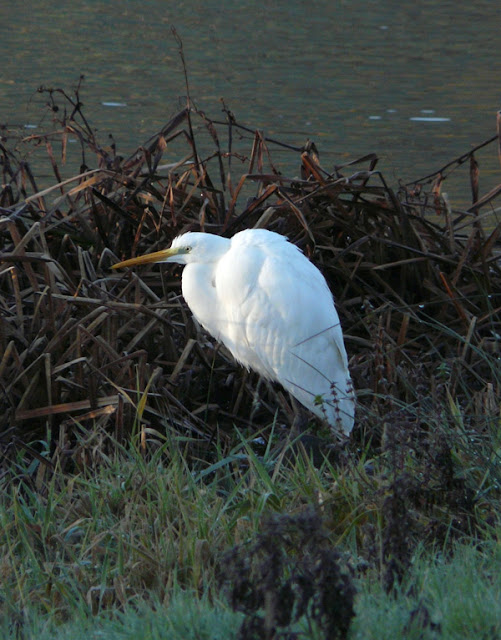 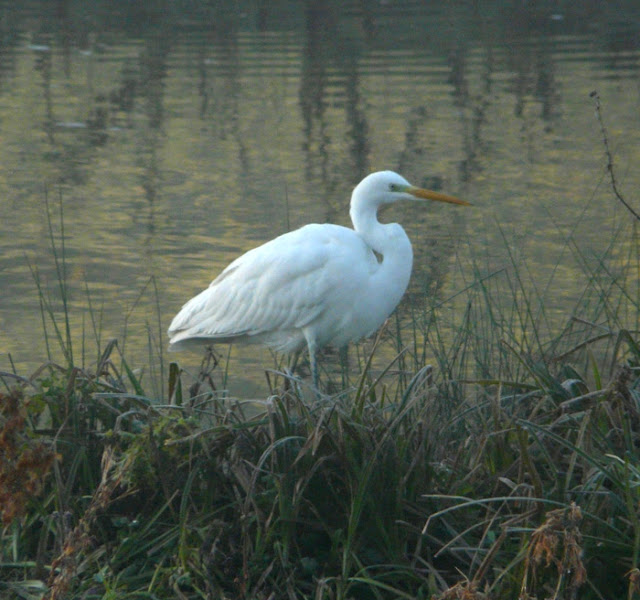 After a short while here, we headed off the Branton to do Johns WeBs count.
As usual, plenty of interest here between Branton and Hedgely Pits. Loads of wildfowl - 127 Mallard, 90 Teal, 104 Wigeon, 7 Goldeneye, 23 Goosander, 85 Tufted Duck, 1 drake Pochard, 200 Greylag and 40 Canada Geese, 3 Little Grebe, 1 Green Sandpiper and 3 Kingfishers, including two fighting.
On the river, 3 Dippers were already in song and a few large Salmon sploshed in the pools.  2 Buzzard flew over and a male Sparrowhawk soared overhead.
This evening, a report on the pager said that 60 Waxwings were at Branton at 9.30am? We missed those...
Posted by Stewart at 6:23 pm

Aw shut up about Waxwings Stewart !!!!

Great pics of the castle, it was just gloom, fog and then rain for us today :-(

What a vision to start the day - the landscape and the white egret.

the word verification is "excidedf". appropriate, no?

Nice shots Stew, lovely bird, Berwick and Hexham have had Litle Egrets so it's all square!

Nigel - If this was a card game, Morpeth would win....

Still only the one Waxer for me so far. Maybe this cold snap might bring some closer to home.