An early start today found me at Boulmer at first light. Only half an hour watching the sea on a falling tide had -

a Red throated Diver was on the sea.

The rest of the morning was spent at Craster, where I walked the ridge north ( the heugh) to Dunstanburgh Castle and back. 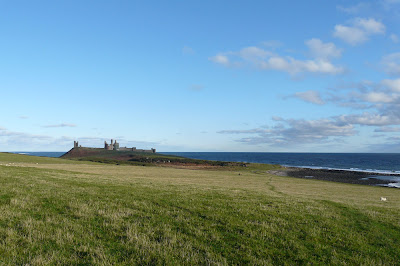 Craster and Dunstanburgh are about 5 miles north of Boulmer so I thought I would check it out for a change. The west side of the Heugh is a sheltered glen with plenty of migrant attracting scrub to search. Craster village itself has another wooded ravine, the Arnold Reserve, where I had the Icterine Warbler in September. 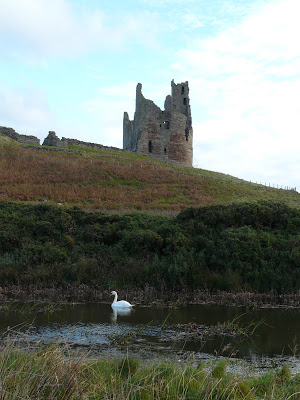 Behind the castle are two boggy pools not shown on OS Maps. 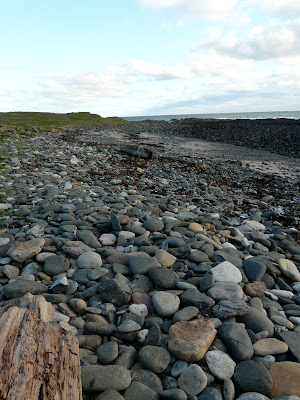 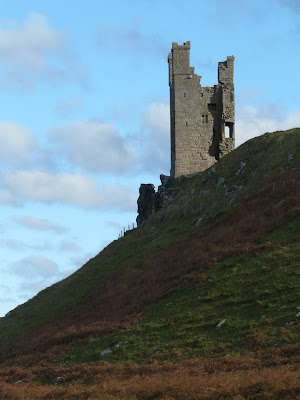 
Later on we went shopping at Morrisons at Alnwick when I noticed a new arrival on show from the car park - below.... 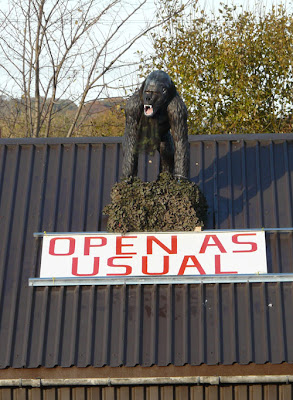 What the silverback signifies I have no idea. He is on the roof of a furniture warehouse!

On the way back home from Heighley Gate, up the A1 today a large raptor was flying purposely over Causey Park Bridge ( The Oak Inn). I swung into the car park, scrabbled desperately for my bins, but by the time I found them, the 'buzzard' had gone west. I wonder....
Posted by Stewart at 5:30 pm

Maybe it was the Northumberland Rough-leg?

What a great looking castle. looks really mean, and forboding!

And they did a great job of keeping undesirables out for centuries.

But the Tourist Board have reversed the trend and now we're resigned to the fact that tourists will clutter up this once quiet corner of England......:)

I love the shots of the castle.

Ta for the comments all.
OC - In the top picture, look at the right side there is a rocky bay. Its called Nova Scotia. Is that near you? :)

See you at the next biggy!