Yesterdy's rain reached biblical proportions in Northumberland with many people having to be evacuated from their homes. This continued through last night accompanied by a good NE blow. This recipe can only mean one thing especially when accomanied by a side dish of high pressure over Fenno-scandia...

A FALL OF MIGRANTS!

Up at 5.10am and on my way to Holy Island for the third time in as many weeks by 5.45am I was parking next to Alan Hall and Steve Rippon by 6.30am at the Snook laybye.
The two willows next to the laybye held more migrants than I've seen in my previous two visits put together.

Until 12.00 noon we tramped the dunes from Snook to Chare Ends and on to the Excavations ( 'Greenshie' indeed, officially, according to the National Trust, maybe but known to birders for donkeys years as 'the excavations' and it will stay that way!)via the Vicars garden and adjacent paddock. 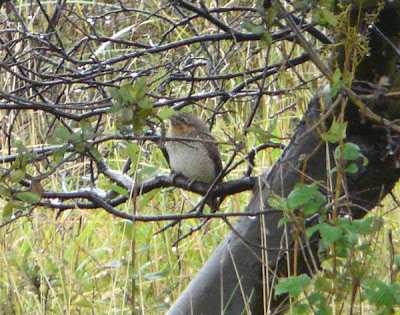 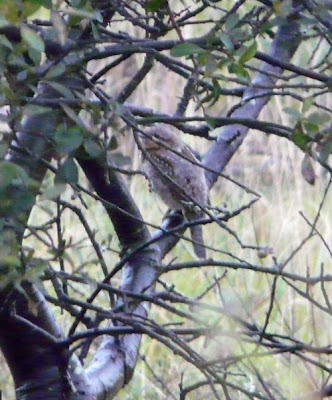 Above - Wryneck. Poor pics an the early morning light...

On the Snook we had 3 Wrynecks and an all too brief fw Ortolan Bunting called by Steve as it sat on a bare pine branch for the thick end of 30 seconds before being chased by a Meadow Pipit never to be seen again. A nice streaky peachy coloured bird complete with pale eye ring and yellowish throat, a great county bird. Another Wryneck was added to the tally at the beginning of the Straight Lonnen. 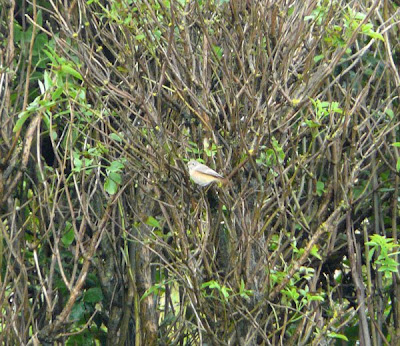 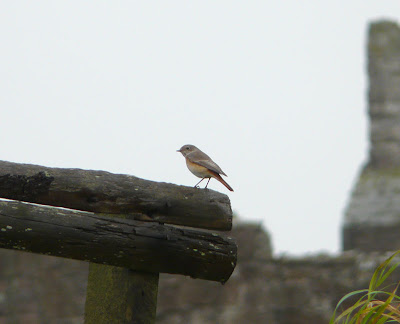 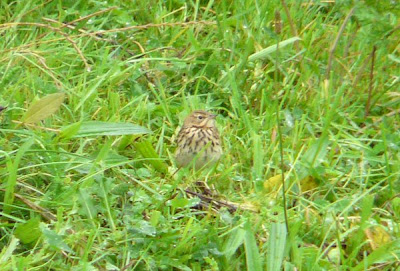 Above - Tree Pipits were buzzing about all over the Vicars Garden. 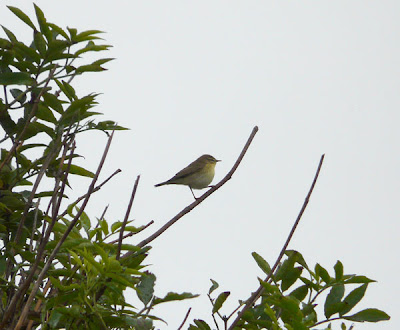 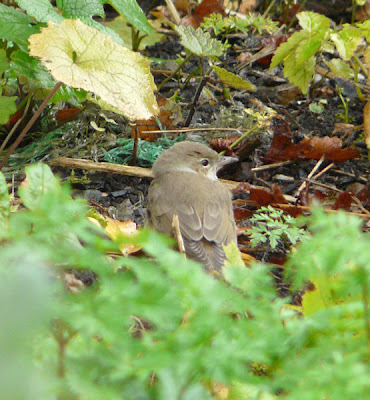 Above - Willow Warblers and Garden Warblers were in good numbers. 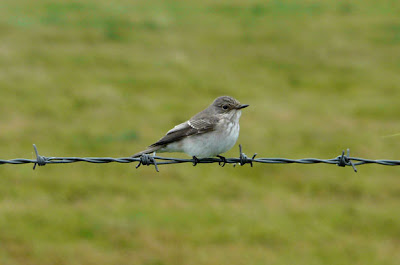 Above - Spotted Flycatcher on the Straight Lonnen.

After a coffee break at home I was at Boulmer by 1.30pm. By now the rain had stopped completely and there was even a hint of sunshine. 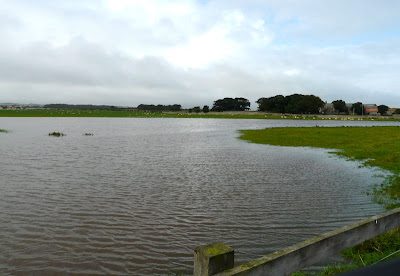 Above - This is how Boulmer should look with the 'Bow Mere' fully refreshed. 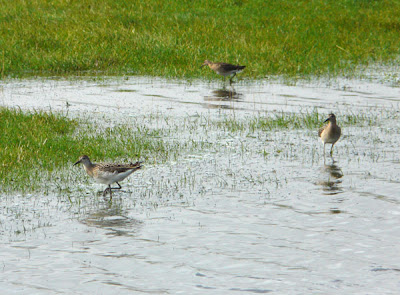 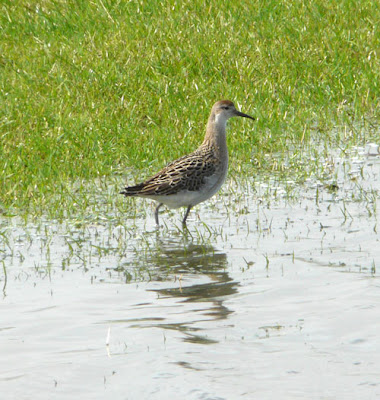 The wet area had instant results by holding 7 Ruff (3 above) and a Black tailed Godwit. No doubt it will be dry by next week. 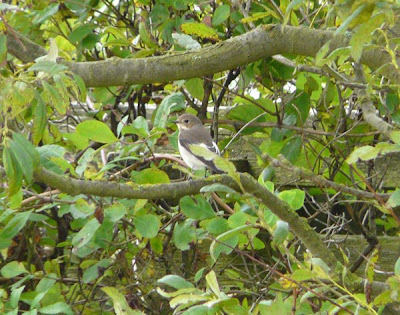 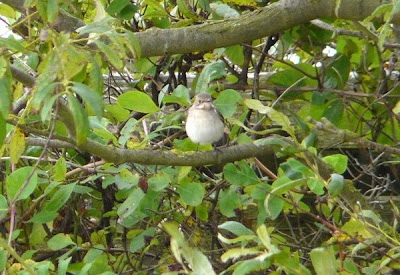 But today's Fall had dropped more drift migrants than I've ever seen here, its just a shame that I couldn't find the 'cherry on the cake', but I was pleased to see -

What will tomorrow bring I wonder...
Posted by Stewart at 7:17 pm

Crikey BB,
I thought i'd had a good day!!

sounds like a great day
oh to live on the coast

had a similar day myself BB, but the Ortolan would have been a lifer for me.

My day was pants, so it was good to see that at least one of the blogging community turned up trumps....

Great Stuff! We do get some very nice quality down here in the SW, but oh for an east coast type fall! Mouth-watering.

abandoning your patch for Holy Island?..glory hunter! at least you made it back there...do you think there is any point in taking Tuesday off?

Good stuff BB even if as you say the cherries were missing from the cake. but considering the deluge that hit Northumberland on Saturday, the boy done good.

Good stuff Stew. Unfortunately I'm on night shift at present so I am missing all the good stuff but the autumn is in its infancy and there is plenty of time for more quality birds. Perhaps this global warming, if that what it is is a good thing for some.

Darrells 2nd line sums it up for me Stewart.

Gavin - I'm off west soon for a week in Cornwall...
Ipin - Yes it is, I'm off!
Warren, Darell, BB, Mossy, Steve, Border,Nigel and Dean - Thanks for the comments it was indeed a grand day out...