Even warmer and sunnier than yesterday with a light W3.

For a change, I decided to have an early start and was up and away for 5am. This used to be a regular thing in our youth when we would meet up in a hangover haze after the excesses of the night before. It should be easier getting up now in a more sober condition... 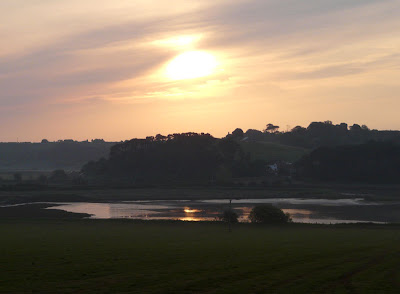 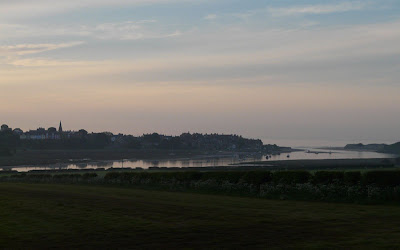 Above - The Aln estuary and Alnmouth at sunrise.

I decided to head down to Druridge and Cresswell to see what's around. 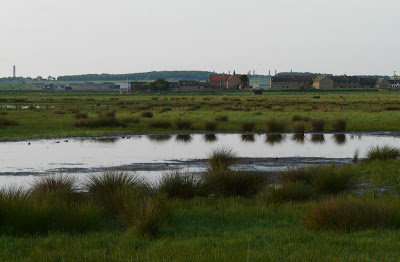 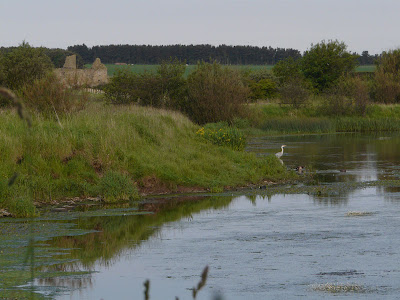 Above - Top, The Budge Fields, Druridge, and bottom, the main pool at Druridge looking west towards the old preceptory ( no, I don't know what one of those is, see Ipin's blog, he'll tell you. ) 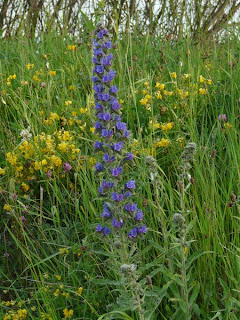 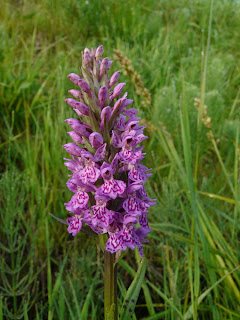 Along the track to the hides at Druridge were quite a few nice flowers out, the most impressive being these Vipers Bugloss and Common Spotted Orchid.

On the Budge fields, 2 Garganey, 1 eclipse male and 1 female ( I hear that there is still a breeding plumaged drake this week so there are 3 birds here), 1 Barn Owl showed well hunting the marsh and a nice adult female Marsh Harrier was mobbed off by Lapwings. It was nice to hear the Snipe 'drumming' high overhead, backed by a chorus of Sedge Warblers, Whitethroats and Willow Warblers. 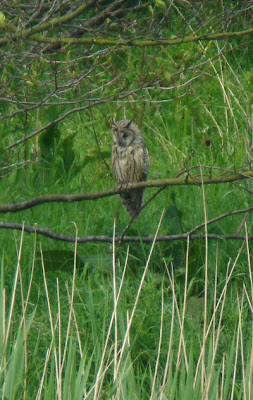 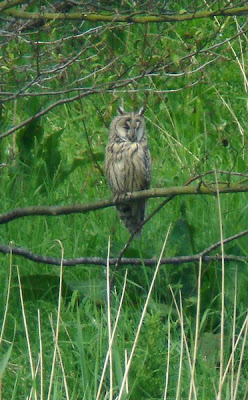 The highlight here though was a cracking Long eared Owl sunning itself in a willow at the west end of the main pool. Its not often you get such clear prolonged views, it must have sat there for an hour. 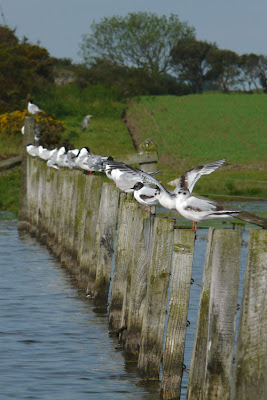 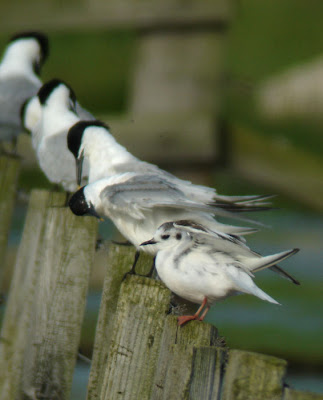 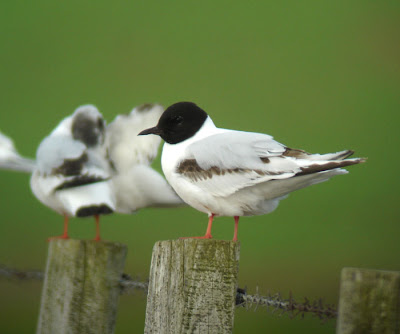 Down to Cresswell, 9 Little Gulls ( above) were with 27 Sandwich Terns on fenceposts at the causeway, the Druridge Marsh Harrier was seen again and there were two broods of Shelduck, with 8 and 10 ducklings.

So, combine that lot with some chat with the lads and it was an all round pleasant morning...

I heard today that the 'Nanny Shrike had finally moved on and had been replaced briefly by an adult Rose coloured Starling! If it reappears I'll definately be interested in that one...its a good few years since we had the last influx, when we had three adults in one summer.
Posted by Stewart at 6:06 pm

Lovely pics as always stew..i love the one with the little fella stuck on the end of the line-up of terns. Great isnt it getting out really early when everythings just coming to life..

I few of them orchids on the walk to the oddie hide.

A few Common Blues around as well.

That is a top photo of the Long Eared Owl... worth the early start

SO - Thanks. Yes when you're up early its like everyone has vanished. Its great!
BB - Yep thats where they were.
BR - I cheated. The owl turned up at 11am!I could have stayed in bed....
AM - I think there are only a couple at Druridge.

You got in quick and put the same flowers I photgraphed last week on your blog before i could get them on mine. You gotta be quick in this game! Nice shots of the longo, I've had some stunning views in flight but not managed to photograph it yet. Was on your patch tonite lookin for barn owls to ring!