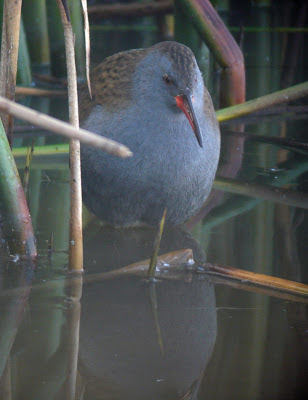 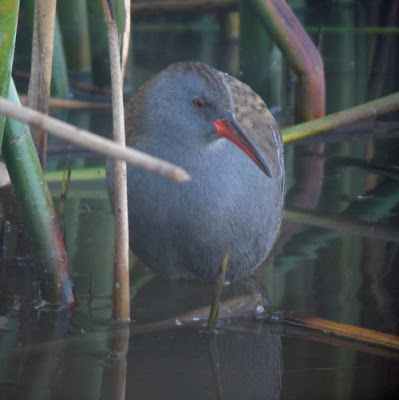 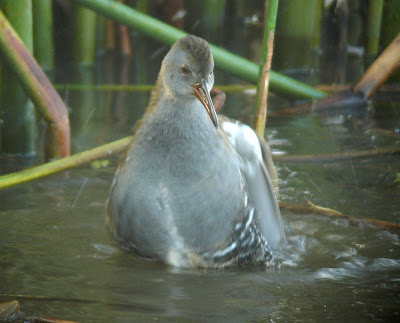 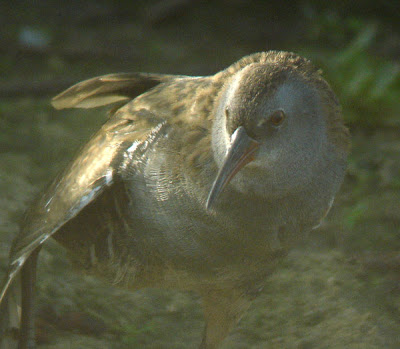 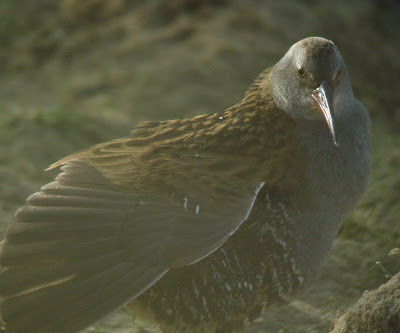 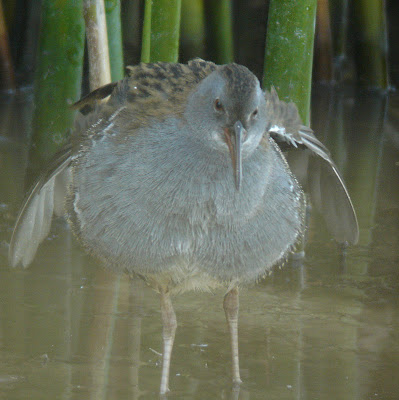 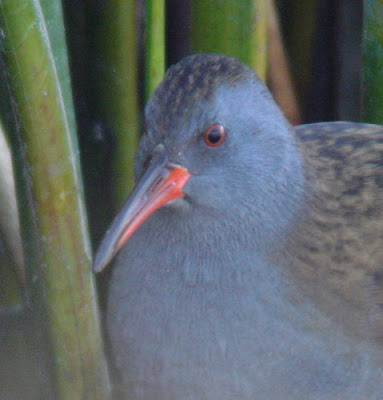 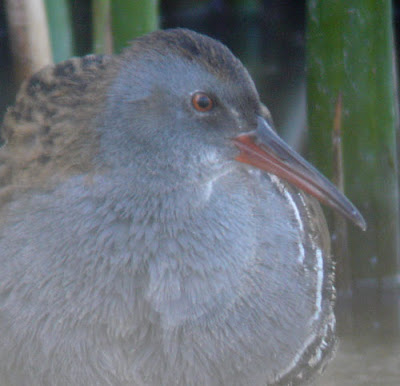 Above - Two Water Rails at Newton Pool. I like the picture third from the top the best. The bird was the drabbest of the two but gave a good show bathing in front of the rushes. Click for a bigger image.

Met up with JWR and checked out a few sites up the coast for migrants. All areas were quiet. The Newton Pool Water Rails were easily the days best, performing like stars in front of the hide. The bird I assume to be an adult male was very blue grey and easily told from the browner female type. The dull one has some white on the throat.

Elsewhere, a male Merlin flew over our house in that dart shaped flight the books call 'thrush flight'. To me, it looks like a Bee-eater. At Craster a Willow Tit was as good as it got.
Posted by Stewart at 5:55 pm

like the recent photos stew keep it up thought i would leave a comment as you hve not been getting many lately dont worry its nothing to do with the quality of your site, kingfisher and bullfinch are 2 of my favourite birds.
will email you soon about a recent trip to kos.

Thanks Chris, I thought I was alone. Its like the Prisoner...or 28 days later...look forward to the trip report.

nice photos.but dont take this wrong but they could do 'with' some adjusting in a photo program to make them stunning.

unless you do. oh im muddled

Hi Darrell. Yes I adjust them. They were sun glared off the map so I adjusted the brightness / contrast then Sharpen /Unsharp Mask all the way to he end, crop to fit and bang! The cover of BBC Wildlfe!!!Or not. They are taken with a Sony DSC w1 through a bog roll with cling film over the end ( a Lieca really)...

You prob' know about this site, if not it may be useful.

How far do you 'unsharp' unsharp mask, i've been going for 90%, is that too much? Bloody wind, so we are not ringing tomorrow - might have to do some proper birding!

Unsharp mask all the way! Take it to the max, on my photo shop its about 500%!

I use the lowest unsharp mask possible... as a rule I don't ever go above 80 on adobe photoshop for digiscoped images, occasionally I'll have to go as high as 120 but its very rare and I find that my images start to look too pixelated any higher..

I think thats because a camera with higher pixels creates more image noise when sharpened too much. My camera is turned down to only 3 mp so I can take more pictures and faster to memory.

yep my camera is 6.3MP... not sure this MP thing counts for a lot tho... I gather anything between 3-6 MP is ideal... trouble is these days everything is megapixel mad and I'm guessing you can't get that many new cameras under 8-10 MP... Does it really make the image that much better ?

If you want to print off poster sized photos it will..oh and back to Unsharp mask, I set the bottom two sliders to the far left then the top one to the far right 500%...