A few hours spent at Boulmer this morning was curtailed when a mega alert was recieved telling how a juvenile Sharp tailed Sandpiper was only 40 miles away in the borders near St Abbs head. Although once considered to be an eastern race of Pectoral Sandpiper, this bird rightly deserves its 'mega' status and is worthy of a drop it all dash to see it. So thats how it started. A call to Andy to see if he fancied it and the twitch was arranged. I had the trip mentally organised. Half an hour for Andy to get to Alnwick where I would pick him up, then an hour to the north and 'bob's your uncle' my third lifer this year ticked!

But things are never that easy are they. While waiting for Andy to arrive a second message came through to say that the bird was believed by some to be a curlew sandpiper hybrid. Now I've never seen a calidris wader hybrid, so I reckoned surely not, its more likely to be a sharpy. This element of doubt is a worse case scenario because it leaves two choices. A. Dismiss the bird as complete 'string' and go home, or, B. The finders are being too cautious and its a Sharpy after all, so go for it. Option A risks later finding out that the bird was indeed the rarity and you should have gone, while B could end up in a hundred mile round trip for a curlew sandpiper.

The decision was made for us. Message three stated that the bird was indeed a curlew sandpiper. Bugger. Thats the problem nowadays. Everyone has rarity fever and a mobile phone so the genie is out of the bottle before common sense can kick in. Oh well c'est la vie...

At Boulmer today the highlight was an extremely elusive Yellow browed Warbler calling in the wood behind the caravan site on three occasions but it remained hidden despite and hour and a half search. Over head 648 Pink footed Geese flew S, there was 1 Buzzard, 2 Snipe, 53+ Skylarks, 9 Meadow Pipits, 15 Grey Partridge, 1 Wheatear, 1 Swallow ( 6 were still at home) and 1 Willow Tit.

In the afternoon Jane, Bunty and myself took a trip down to Cresswell Pond to see the Grey Phalarope. Although it was flushed to the back of the pond by blackberry picking dudes, some amphibious tactics resulted in excellent views. I've now seen all three phalarope species on this pond in recent years...Also here, 1 Ruff and 1 Greenshank. 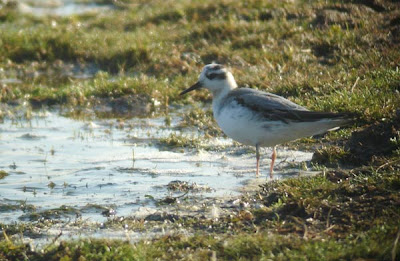 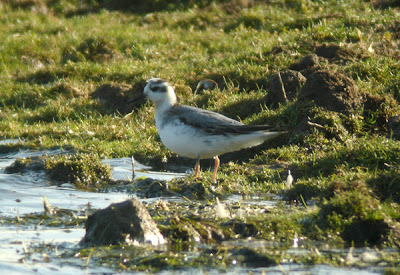 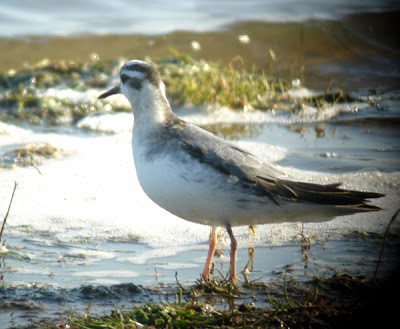 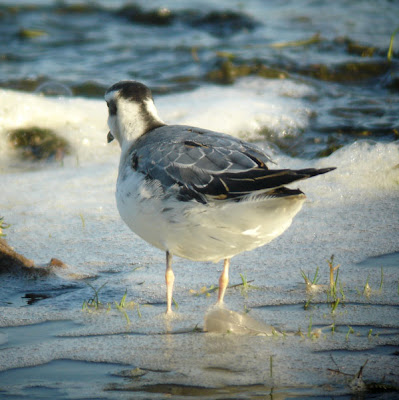 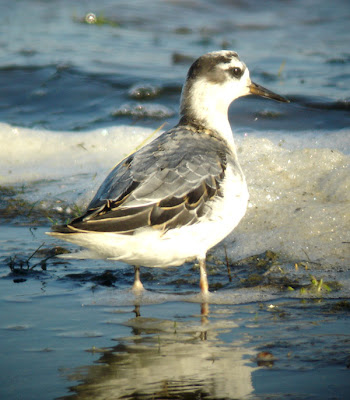 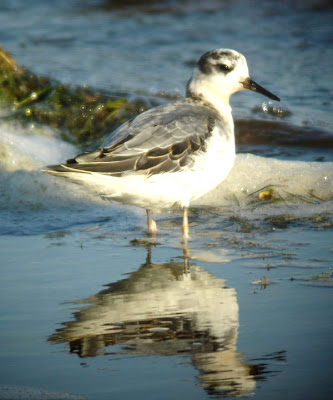 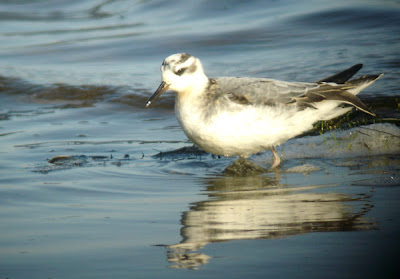 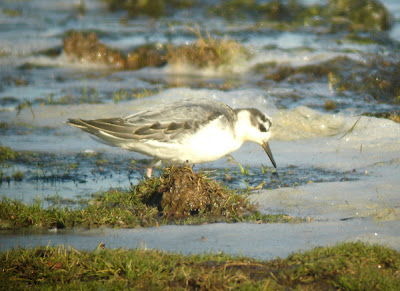 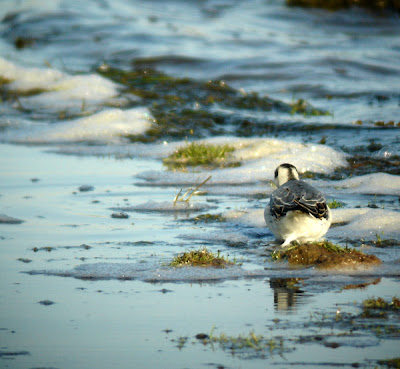 well done with the yellow browed warbler.
nice grey phalarope pictures
another good day for you