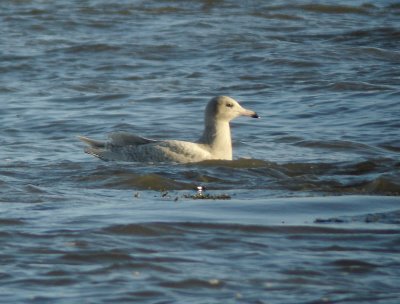 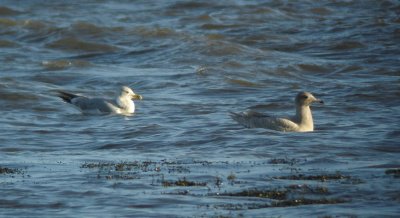 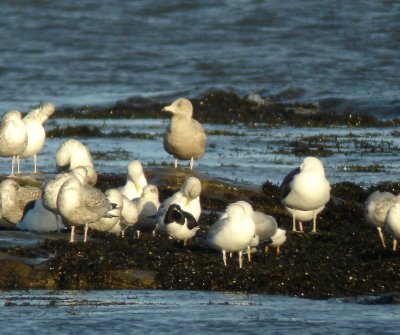 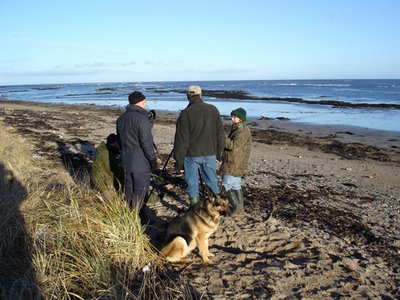 Top three - First winter Glaucous Gull with other large gulls.
Bottom - Glauc twitch, Boulmer style. Note - Sheena the Alsatian not too concerned even though it was a lifer!

Just when you think you have exhausted your year listing options, something just pops up. As the weather was nice and bright and clear today, I thought I would try and get some blog snaps of the waders on Boulmer beach at high tide. After an hour or so I was chatting to Rob about the chances of another year tick when I noticed this huge Glaucous Gull (158) feeding in with 50+ Herring Gulls just offshore. They have been very scarce in recent years in the county so this one attracted one or two visitors who needed it for their year lists.
The photos are a bit iffy due to the distance involved but they aren't too bad. I got some nice wader shots too, so they will follow soon.
Posted by Stewart at 2:45 pm