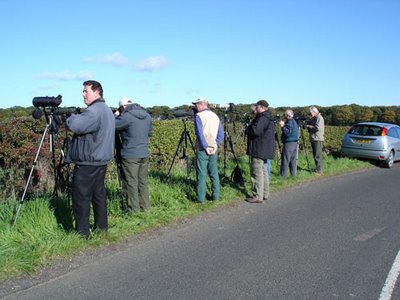 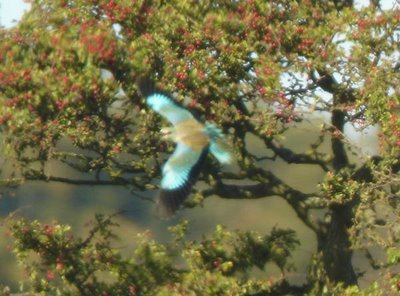 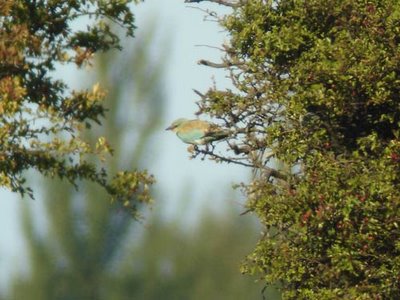 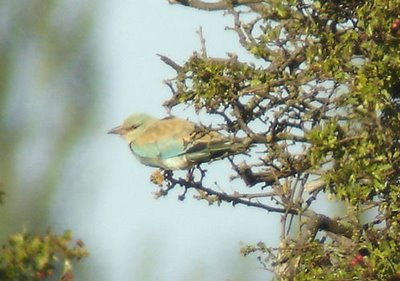 Although there was no new gen on the Roller at Beal, last night had been raining and overcast so I couldn't see the bird going anywhere. Rob and myself had a drive up and were pleased to see that a few people already had the bird 'staked out' on some twisted hawthorns along a stubble field edge.

It showed well but distantly for the two hours I was there, flying from its chosen perch to the ground to eat some unseen morsel then back up again. In flight it was a much brighter bird than when perched. In the flight photo some brownish coverts can be seen on the upper wing, I wonder if that makes it a first winter and not an adult as reported?

On checking Northumbrian Birds by Ian Kerr there have been 16 records in the county. The most recent are Kirknewton September 1901, Tarset June 1935, Arcot Hall October 1950 and Bamburgh September 1958. This one is my third in Britain.

Quite a trickle of appreciative birders arrived through the morning.
Posted by Stewart at 2:59 pm