Last year, by a quirk of fate, I missed two good birds in quite similar circumstances . Firstly there was the Bempton albatross fiasco with an all day cliff stand watching Gannets.  Luckily the bird returned this year, as I hoped it would, and a second pilgrimage was made, this time successfully.

Also last year, much nearer to home, all for 6 miles in fact, a Black Tern summered in the Long Nanny tern colony in Beadnell bay.  Whilst Black Tern is a good bird in Northumberland, its not something I would go out of my way for. I'd rather hope to find one on my own local patch, so June and July was filled with What's App messages of its presence in the Arctic Tern nesting area, with me hoping it might give Cullernose a fly past. It was always a long shot and did not materialise.

Then, at the end of July, some good photographs were posted of the bird that set people thinking. It was highly odd that a Black Tern would spend this long during the summer in one spot. And, it looked very, very dark. Ideas that it could be from across the Atlantic rather than from across the North Sea were discussed and after some scrutiny and expert analysis, the bird was indeed confirmed as an American Black Tern.

Now this is an altogether different prospect.   There have only been half a dozen records of this Nearctic race of Black Tern in the UK and this is the first adult in breeding plumage.  I suddenly became interested and decided 6 miles might not be too far to go after all. Unfortunately after a stay of about 10 weeks, today it had decided to migrate, leaving me sat on a sunny evening beach eating an ice cream, and wondering.  Like the albatross, would it come back next year?

The good news is, yes, it came back last week, so yesterday morning I was up bright and early and on site for 06.45am after a right old faff with the car park ticket machine leaving me 7 quid out of pocket.

There was no sign initially the bird having gone out to sea, but after around 15 minutes it returned to give the best ever views. Watching from the wardens hut decking, the American Black Tern  flew around, displaying and showing aggression to the Arctic Tern pairs, down to about 20 feet! Landing only for brief spells, usually behind marram grass, photography was tricky, but it was a pleasure to watch such a dapper birds at close range.

The features that differentiate it from Eurasian Black Tern were easily seen ( isnt previous knowledge great). It was an intense black, like a White winged Black Tern rather than the charcoal grey of Black Tern. This contrasted well with the pale whitish underwings and pure white undertail coverts. It also showed a very obvious white forward edge to the wings, looking like headlight strips in flight.

Although it does not count as a new bird being 'just' a race of Black Tern, this did not detract from such a nice bird at all.  Along with the American, there were hundreds of Arctic Terns, 16 Little Terns and single Roseate and Sandwich Terns making it a 5 tern day. A nice first summer Little Gull dropped by for good measure. Well worth the trip I'd say... 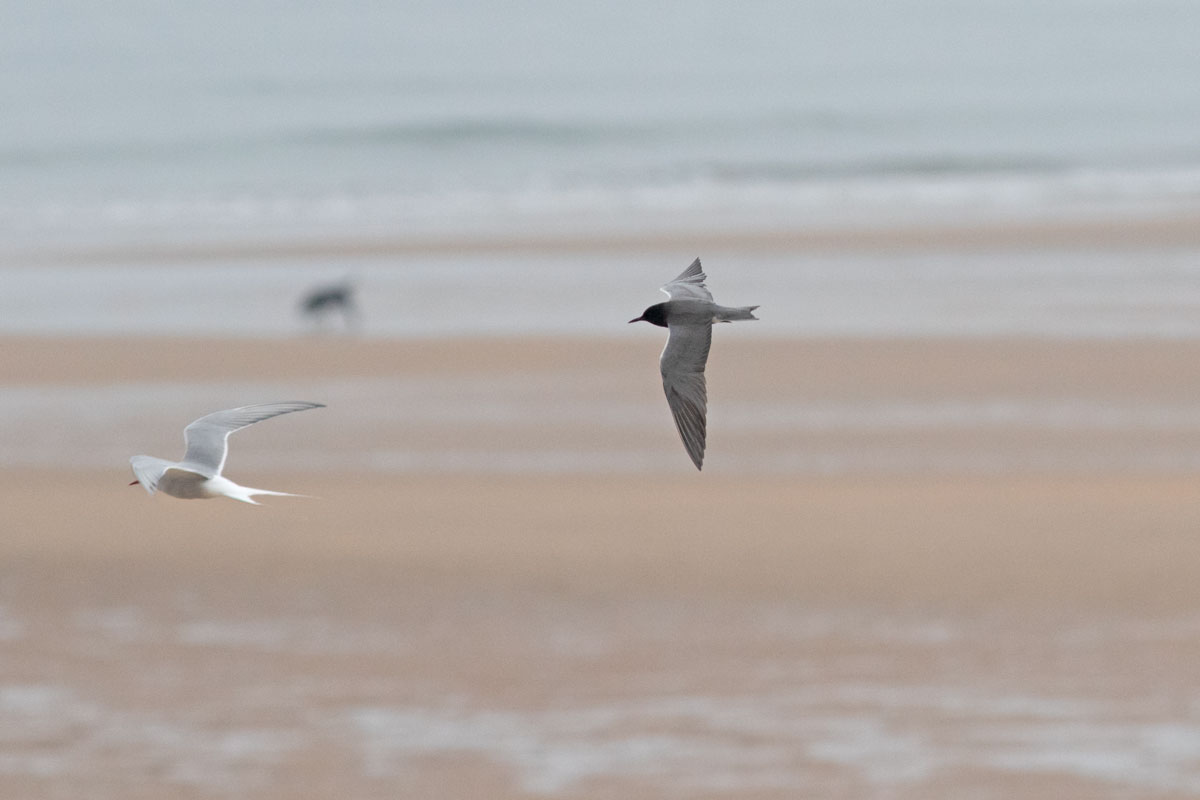 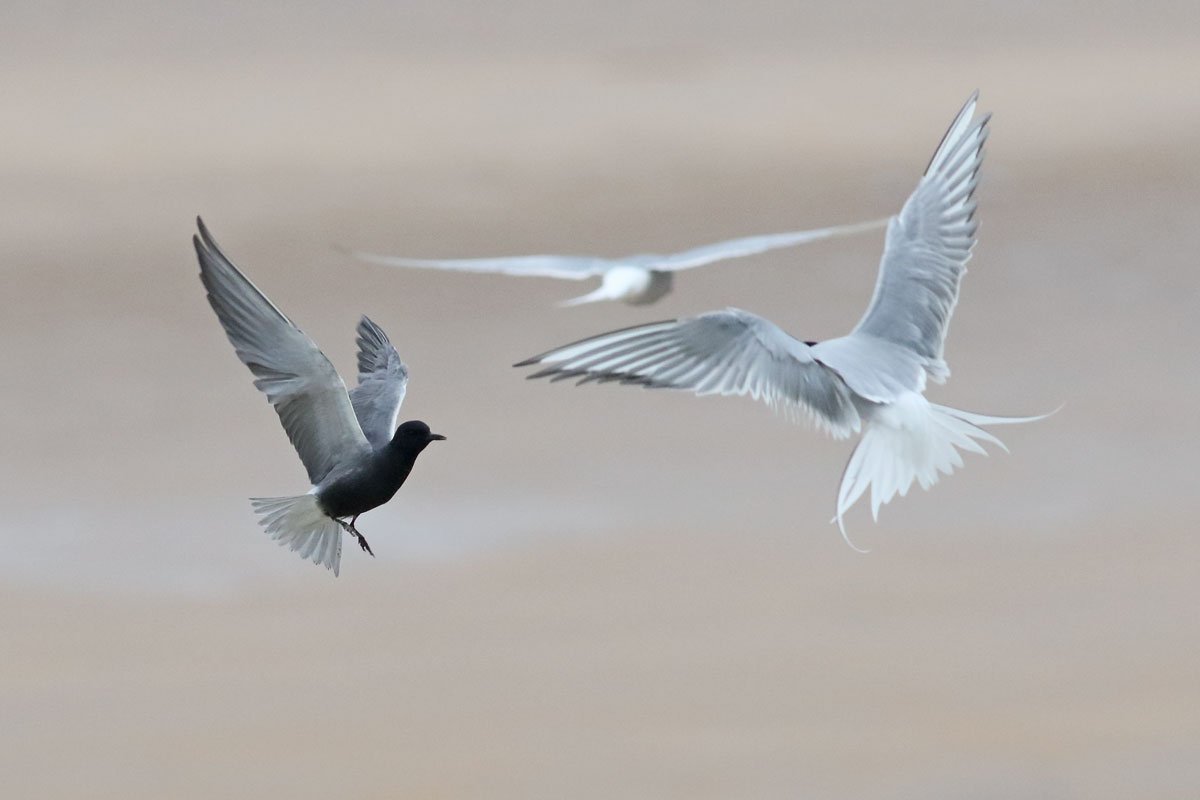 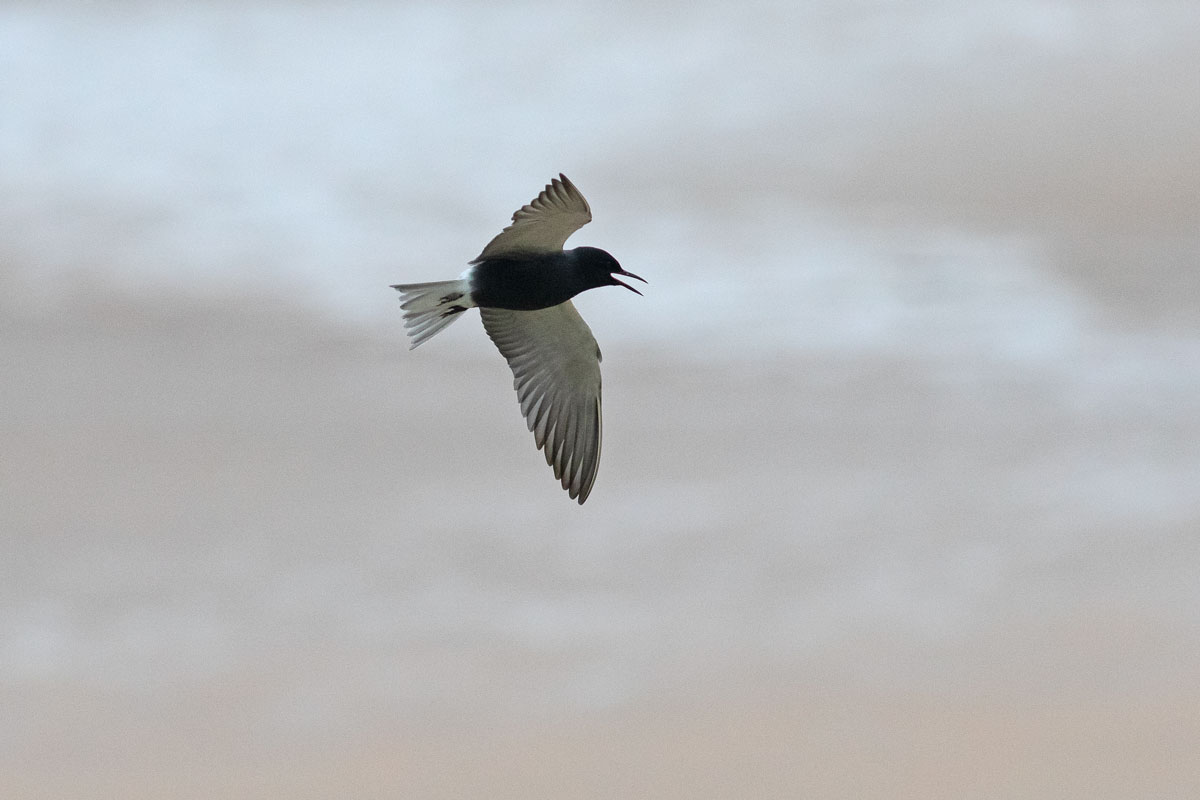 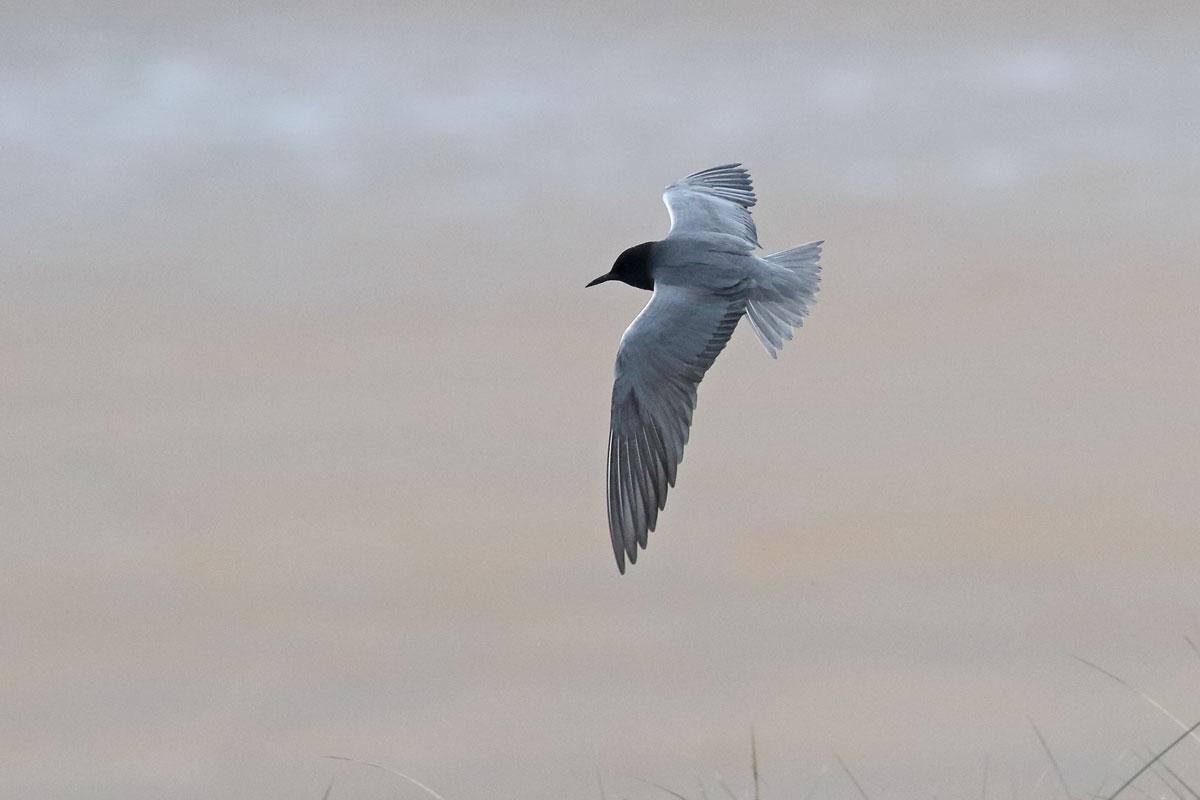