All through Sunday night into Monday we had heavy rain and a steady easterly wind on our stretch of coast. This weather pattern is not common during the third week of May and as a result, all down the East coast birders are fired up hoping that it may deliver some scarce and rare birds that have drifted off their normal migration routes, but one in particular epitomises this week above all others - the Bluethroat.

Bluethroats in spring have a quite narrow window of migration to the sub arctic Scandinavian taiga, and if we are to see one, we need this type of weather to occur between around 10th to the 20th May. Outside of this period in spring a Bluethroat is very unlikely to be seen.

On Monday the rain was steady until around 3pm, then the wind dropped and the sun emerged from behind the clouds. What would it reveal? In the 80's and early 90's we would sometimes see big Bluethroat arrivals but this has not happened for many years now.

No sooner had I finished working at home around 4.15pm than a Facebook message arrived from my neighbour along the road, Mandy. The conversation went a bit like this.

And nothing else? I was just about to reply with 'Eh?' when a second message arrived. It was a close up of a bright male Bluethroat but there was no location.

Now, Mandy works as a tern warden up at the Long Nanny ( of American Black Tern fame in my previous post) so I assumed this is where the bird had been found. The Nanny has a bit of a good history for Bluethroats in past years. So I advised -

This was a total game changer. Mandy lives about one field away from me. I picked my jaw up, and went into panic mode, a Bluethroat on our patch!! Grabbing my bins and camera I jumped into the car (speed if of the essence ) and drove the 400 mtrs along the road to the farm. I was there in about 3 minutes flat from getting the message.

The bird had unfortunately flown from Mandy's garden along towards the farm yard and disappeared.

I quietly quartered the damp puddle edges with my bins and soon there he was, quite distantly in the centre of the paddock before flying off towards some silage bales and farm trailers.

Around the other side from the bridle path a better view could be had but there was no bird? Just then a smashing male Greenland Wheatear hopped up onto the wall not far from me. I took a couple of snaps, then all of a sudden in came the Bluethroat, full of bull, not wanting this Wheatear in 'his' farm yard at all. The Bluethroat landed on the public path sign finger board and belted out a lovely melodic loud song before coming towards me down the wire fence. 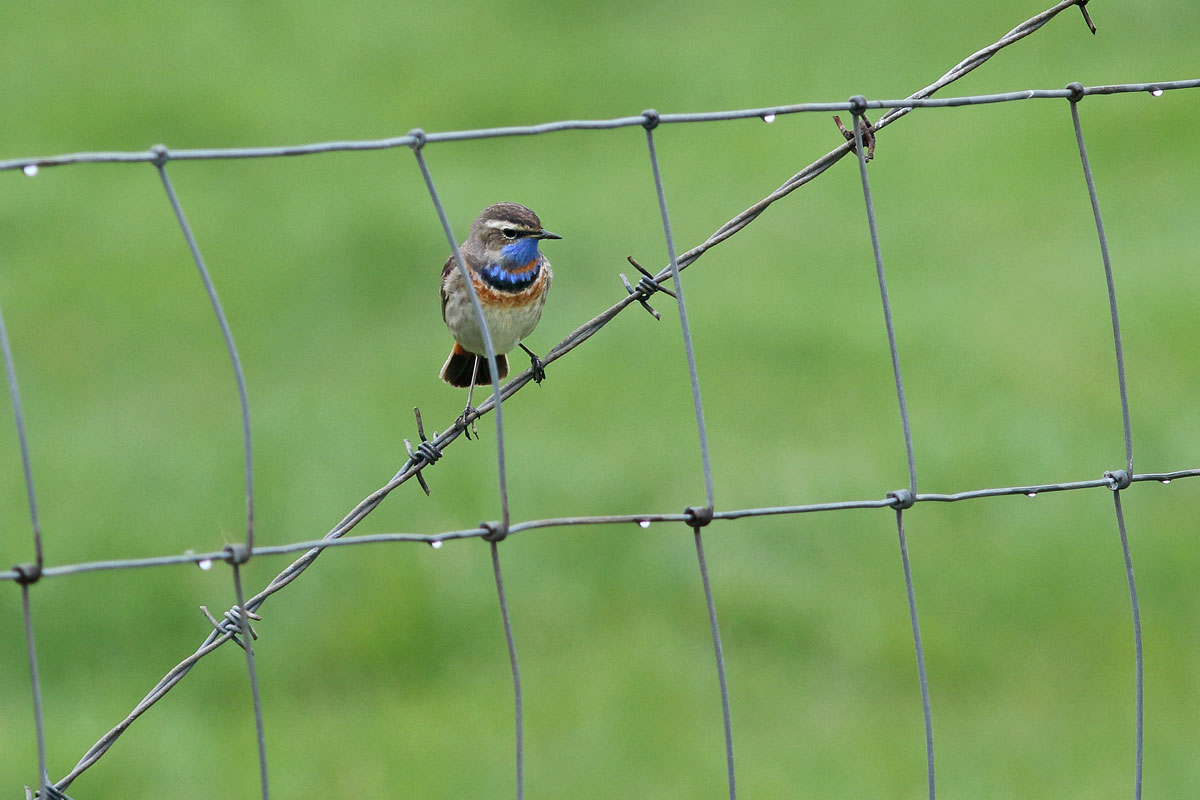 I rattled off some shots that were almost all blurred due to wrong settings on the camera and the Bluethroat chased off after the Wheatear, to the south behind a muck heap. I left the bird in peace until I popped back home and took the dog out. Returning later on, the bird had settled into a convenient routine back in the paddock area feeding in nice evening sunshine coming quite close to us. At one stage it had a bath in a puddle and sat preening on a clod of earth for a while where we could get better shots than before.

A small group of about five of us enjoyed the bird until the light faded when it seemed to look at an old trailer to roost under. 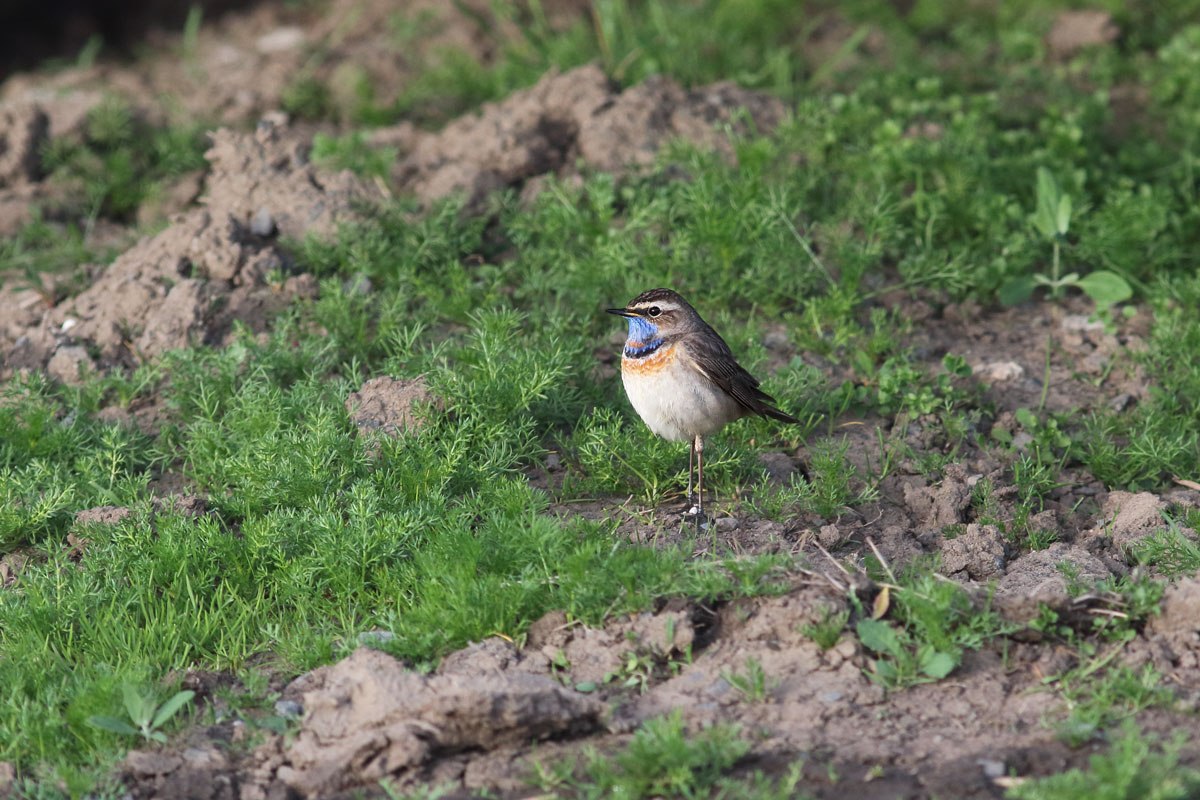 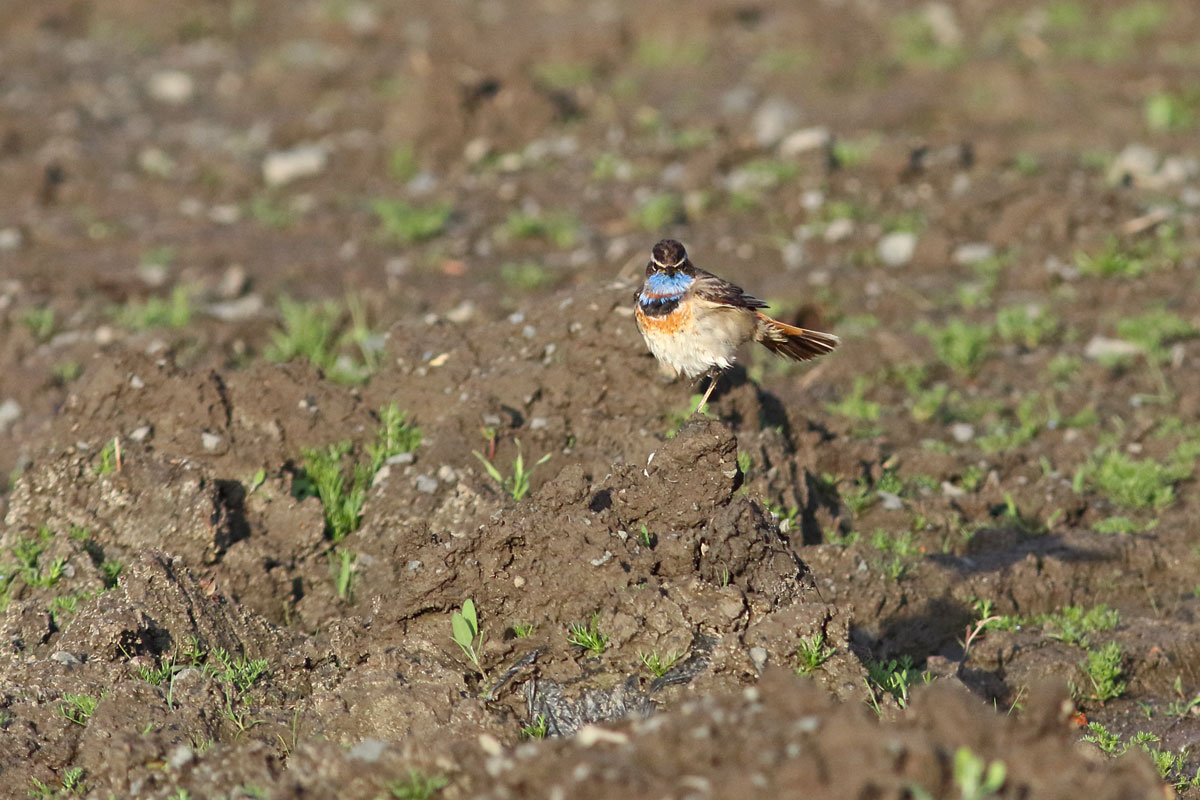 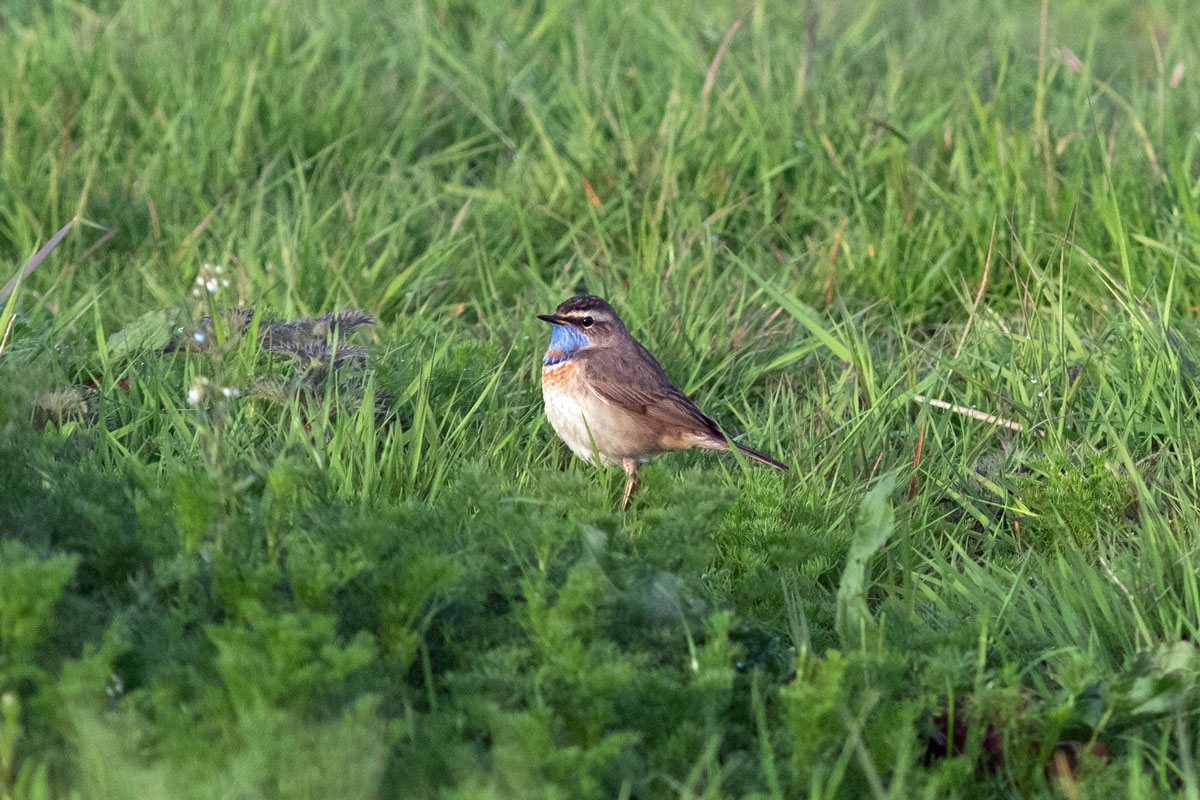 The only sour note to the whole thing came the following morning when the farmer had decided now was a good time to move tons of farm machinery to exactly the spot the Bluethroat was using. It was not seen again.

What a great bird for the patch list and many thanks to Mandy for her prompt action in getting the news out. It was much appreciated. 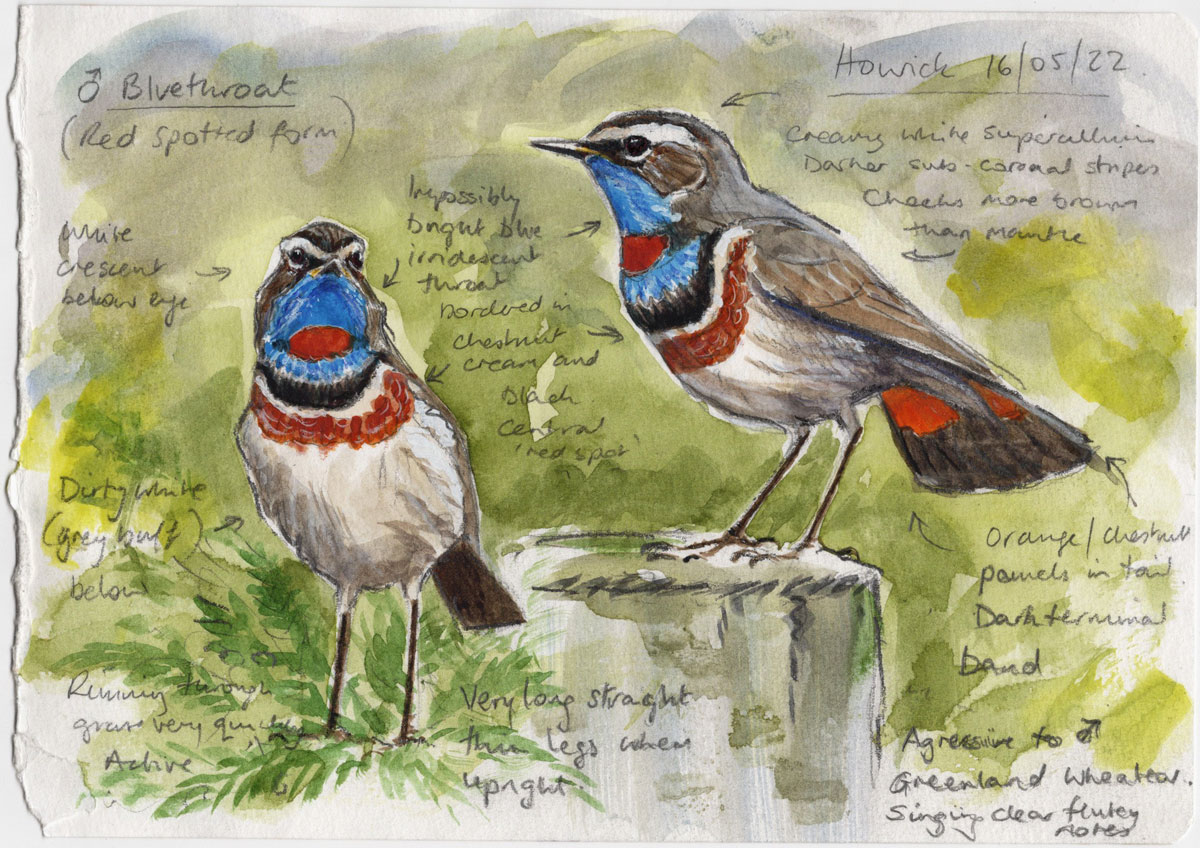