Somewhere in an alternate universe there are people who have this grandiose idea that when they go birding, they are actually grafting real, sweat-breaking, toil. Can you imagine?

A recent online article has described the 'retina burning' 'thigh aching' disappointment and shattered dreams of a 'holiday' to Shetland where the authors actually failed to find a first for Britain. Oh no, really! They had set their sights on a Baikal Bush-Warbler ( a what?) or a Yellow- rumped  Flycatcher maybe.

Now I may be a pessimist but neither of these species has occurred here in the last 200 years so why one would arrived in their 10 day window remains to be seen. Shetland is home to some of the UK's top bird finders who, I'd hazard to guess' may be better positioned to turn up a real mega, simply due to the time in = birds out method.

As it happened, no mega rare birds were found only multiple Little Buntings, a Rosefinch ( by using a thermal imaging camera), 3 species of Flycatcher and a few Yellow broweds. They could have battled through the pain barrier and seen Arctic Redpolls, White billed Diver, Bonelli's Warbler, Woodchat etc too.

This left the observers broken. Lads, lads, lads, get a grip. Birders with this outlook really do need a reality check. If its you, its time to have a word with yourself!

If I had spent the thick end of a grand for a holiday my main concern would not be the disappointment of not finding rare birds ( they are rare after all, the clue is in the name), it would be coming back with the attitude that I deserved those megas, and all else was an abject failure.

I am so pleased these birds don't perform on cue...

In other news, I was saddened to learn yesterday that the great DIM Wallace had died aged 88.

Ian Wallace was my birding hero. His books and articles are things to be kept and re-read over and over where each time they give inspiration, excitement and joy. Scarcely a month passes where I don't refer to a Wallace writing in some way. Usually for solace, after reading the 'disappointment papers' maybe and as said above, real inspiration. Sitting here writing this I can reach out to seven books and three ring binders full of cuttings connected to him.

It is a regret that our paths never crossed. I've thought about this for many years and often considered writing to him but could never muster the courage. What could I say to this great man, the founding father of modern birding? In recent years I pondered that Ian was getting older and would not be around for ever so I should take the plunge but never did.

What would he have made of the 'disappointment' piece? Wallace was never disappointed, how could he be, he laid the path we birders tread today. He mingled with historical greats like HG Alexander, Kenneth Williamson, Eric Ennion, Guy Mountfort, Eric Hosking and even Meinertzhagen briefly to name but a few.

He always had a plan, always seeking out new places and new things to learn, right to the end and it is with this attitude we should learn from and move forward.

The thermal imaging and rare smelling graft can wait...we should strive to be worthy of tying DIMW's shoelaces. 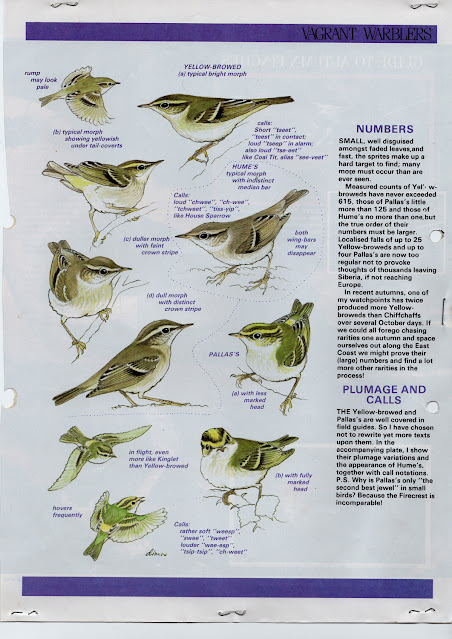 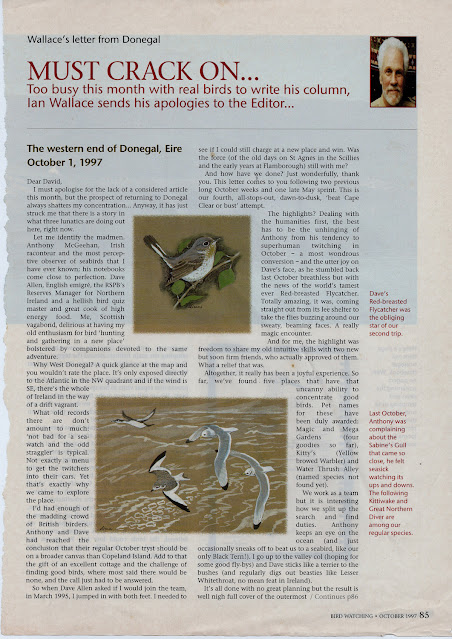